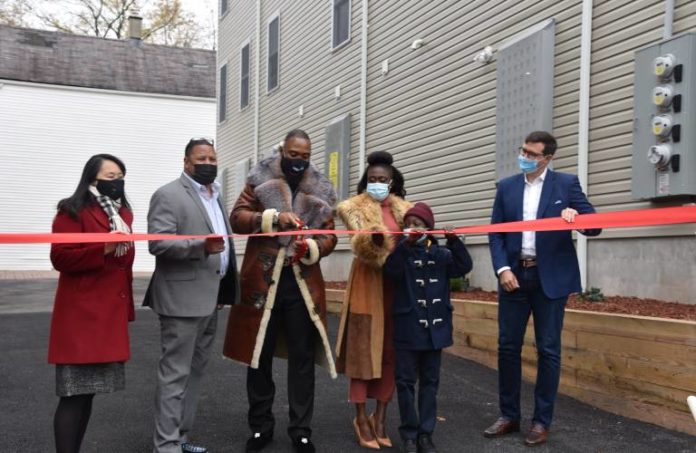 The two new structures will offer their residents three-bedroom units with two bathrooms each, stainless steel appliances and a rooftop deck. The partners purchased the land from the city in 2017. The lots are located at 400-404 Avon Ave.

Morris, with his wife, Ayana Morris, are the creators of the unique Newark Moonlight Cinema, the pop-up drive-in theater celebrating Black actors and filmmakers that has been drawing crowds to the site of the former Newark Bears’ Riverfront Stadium.

Siree Morris is a Newark native whose grandmother worked as a city hall maintenance employee for more than 25 years.

Morris graduated from University High School, where he was a scholar-athlete under his former coach, now-Mayor Baraka. Morris graduated from Rutgers University in 2005 with a bachelor’s degree in engineering and has worked as a civil engineer specializing in land development. He chose to move back to his birthplace to use his expertise to develop affordable housing and job opportunities.

Ascension Capital Partners, owned by Morris and Curran, focuses on urban revitalization by providing quality housing and enhancing the value of each asset.