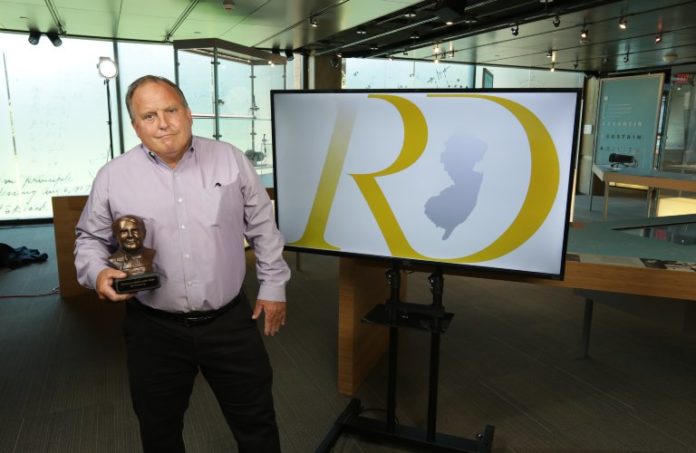 There was even a better toilet.

The 41st annual Edison Patent Awards had a little bit of everything. But, more than that, the Research & Development Council of New Jersey proved once again that innovation is alive and well in the state.

And, because it’s the year of COVID-19, there was a special presentation made by the Health Care Institute of New Jersey to Rutgers University and Infinity BiologiX for its “saliva test” — an innovative collection method that has helped accelerate and improve the accuracy of COVID-19 testing.

“Today, the entire world is standing by with the hope that the acts of the research community will result in the development of an effective vaccine that will combat the largest health crisis our generation has ever seen,” he said. “This hope is fueling the research community’s work, reinforcing the importance of science, data, and discovery, and empowering researchers to truly live out our theme of ‘Transforming Hope into Action.’”

The 2020 Edison Patent Award winners included 14 research organizations in the state — which are some of the biggest names in the country and in the world:

During the ceremony, each award winner had a special tribute film developed by the R&D Council premiered in their honor.

(These shorts are available on the R&D Council’s YouTube channel.)

Every Edison Patent Award winner and their winning organization received their own award — a unique Thomas Edison bust, the design of which was approved by Edison’s last surviving son, Theodore.

The R&D Council of New Jersey aids collaboration among industry, academia and government to grow and strengthen STEM in education, innovation and the economy.

“The funds will be used to support the Council’s STEM programming, which reaches thousands of students across New Jersey,” he said.

As described by the R&D Council: