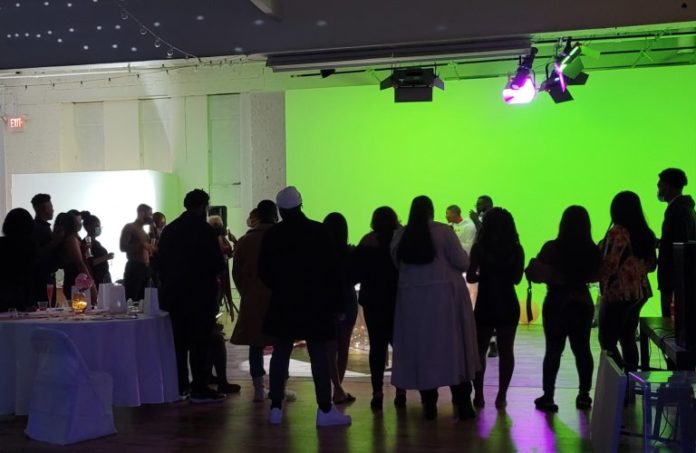 Film crews often commute to the bustling New York City, or sometimes Philadelphia or North Jersey urban corridors such as Jersey City, for film studios. But, along the comparatively peaceful Jersey Shore, there’s a pair of new entrepreneurs telling those crews not to leave home.

April Centrone, who launched the woman- and LGBTQ-owned 10PRL Pro Film Studios and Event Space with her wife, Kira Sanchez, said the bid — a film studio without the big city prices, the expensive parking, the stress — is working out.

“Most people who need professional film studios were going to New York, until we came to town,” Centrone said. “Since occupying this Central Jersey location, we’ve been drawing a lot of clientele that was previously traveling there.”

And the New Jersey Film and Digital Media Tax Credit Program is definitely part of the appeal of staying local, she added. The New Jersey Economic Development Authority-led program, which was expanded earlier this year, provides a 30% tax credit against corporate business tax and gross income tax for qualified film production expenses.

Centrone said that’s been a tipping point for several large companies going with their 5,000-square-foot Long Branch film studio over some of the film studios in New York.

“The bigger the budget, the more that tax break makes a difference,” she said. “We’ve seen it make a difference. There were a couple of companies, including a major perfume brand and a Nike company, that took it as one of the reasons to come here from Philadelphia or New York City.”

The Long Branch facility started as more of an event space, for activities such as weddings, classes, yoga and even business expos. Centrone’s wife helped the business to pivot to more photography and film opportunities as the pandemic put a damper on gatherings.

New Jersey television and film studios were given a special exception in the state to function at full capacity during the summer. In neighboring New York, in an effort to control COVID-19 hotspots, state initiatives have put limits on those same productions — providing film crews yet another reason to skip the commute.

10PRL Pro Film Studios and Event Space has facilitated the shooting of high-end music videos, commercials and online courses. It’s also bringing in photographers that work with big-name brands such as Maybelline and Adidas.

The company offers lighting, props, sets and other film and photography equipment to those renting the space. It’s all situated in a rustic, industrial facility — called the most beautiful, Centrone said, by some major names in film — that’s inspired in part by Centrone’s travels overseas.

Centrone taught music and did music therapy for years with youth in the Middle East and South Asia. She comes from a long line of artists: Her aunt and uncle were cartoonists, her mother was an actress and a dancer, her grandmother was a feminist playwright.

“We made it clear from the beginning that the space would be welcoming and safe for people of all races, religion, cultures, orientations, genders and abilities,” Centrone said. “People felt that right away. And our clientele is very diverse.”

It has been a personal dream of Centrone’s to have a space like this — one she’s hoping to go from leasing to owning in the next five years — for a long time. Having it be successful, while also running it with her wife, still seems unreal.

“When my wife and I met, our lives were so different,” she said. “We were living in Brooklyn and were both musicians. We met in a music hall. She was an industrial engineer, waking up at 4 a.m. to go to work. I was living in a tiny place with construction going on outside all the time. It feels really good to have this space together now — for the community, as well as our own artistic vision of our lives.”

TD Bank: Mobile tech is top of mind for restaurants