Home Health Care Murphy on 2nd surge: ‘It’s going to get worse before it gets...
Facebook
Twitter
Linkedin 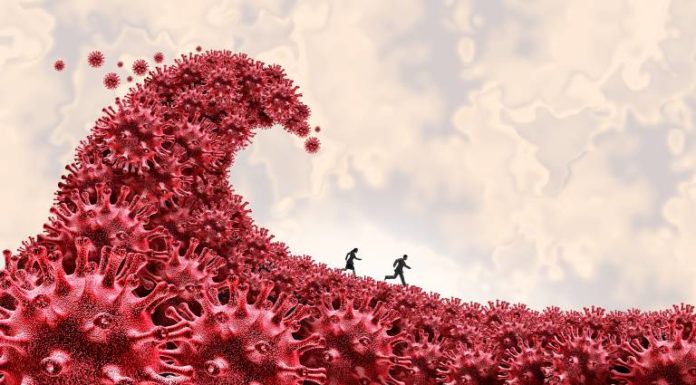 Gov. Phil Murphy said Thursday he anticipates the impact of the second wave of COVID-19 is going to be substantial for both public health and the economy.

“The virus is in a second wave with a vengeance,” he said. “In particular, with cold weather and holidays and fatigue, we’re in for a rough few months here, I have to say both as a state and as a country.

“It’s going to get worse before it gets better. And that includes, I’m sure, significant economic impact.”

Murphy, during a webinar to introduce the anchor tenants of The Hub in New Brunswick, said there is some good news by way of reports on a vaccine. But, even that comes with some bad news, he said. Simply put, a vaccine will not be available for public use for many months.

“The vaccine developments are real,” he said. “It’s more than one company. They’re coming. That’s the good news. The bad news is … they’re not going to be here tomorrow.”

Murphy said he expects the vaccine will first go to the most vulnerable communities — including health frontline workers — before extend out into society.

“There’s a general view that (in) April, May, folks who want to get a vaccine against COVID are going to be able to get it,” he said. “But that’s not tomorrow.”

Other news from Thursday:

Despite the steady increase in cases, Murphy cautioned against putting too much stock into it, saying the state is testing as many as 75,000 people a day.

There also were 34 more confirmed fatalities, bringing that total to 14,877. The state should hit 15,000 by the end of the month. But, it’s worth noting, approximately 1,800 other deaths are assumed to be COVID-related. Only two states, New York and Texas, have topped 20,000 fatalities.

Murphy said he has been surprised at the relatively low number of cases that have come from the school system, well within the level of transmission.

“That’s not to say this isn’t stressful to educators, parents, kids, administrators: This is not a normal school year.”

Earlier Thursday, Murphy and the governors of six other Northeast states released a statement supporting in-school learning when possible:

“Medical research, as well as data from Northeastern states, from across the country and from across the world make clear that in-person learning is safe when the appropriate protections are in place, even in communities with high transmission rates. In-person learning is the best possible scenario for children, especially those with special needs and from low-income families. There is also growing evidence that the more time children spend outside of school increases the risk of mental health harm and affects their ability to truly learn.”

Murphy on whether the state tax impact from a second wave will be approximately $1 billion, as he had estimated previously:

“It’s probably at least that. This is going to get ugly for the next two or three months, in a minimum.”