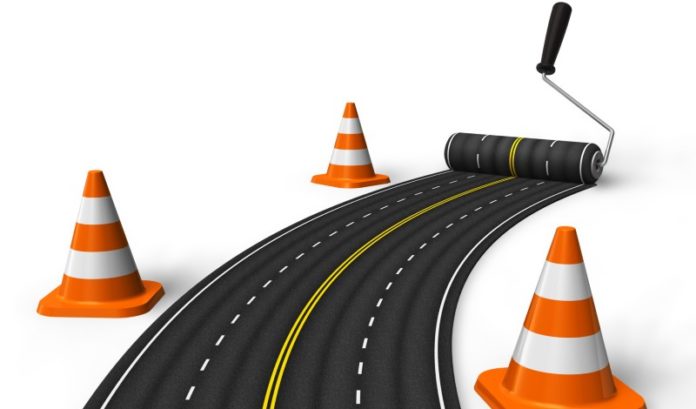 More road work is coming soon to the state. And that’s a good thing this time.

Gov. Phil Murphy announced Thursday the distribution of $161.25 million in Municipal Aid grants to 543 cities and towns across the state to advance road, bridge, safety and quality-of-life improvements.

Murphy, who said the grants demonstrate the state’s commitment to communities, should produce thousands of jobs — while, obviously, also improving the state’s crumbling infrastructure.

While the average grant was approximately $300,000, a number of municipalities received far more than that. Twenty-eight cities received at least $600,000, with five topping $1 million:

State officials said the competitive Municipal Aid grant program attracted 635 applications from 549 different municipalities, with a total of $342 million requested. Project applications were evaluated and rated on their merits by Department of Transportation staff and reviewed by an independent panel of New Jersey municipal engineers. This process resulted in 548 awards to 543 municipalities, totaling $161.25 million.

See how much each municipality got in a county-by-county breakdown here.

Murphy said the 2016 Transportation Trust Fund renewal has made it possible to continue to award $161.25 million annually — more than double the $78.75 million that was available before the TTF renewal. In addition, the extra funds have allowed the NJDOT to increase the number of municipalities receiving grants from about 370 a year prior to the TTF renewal to 543 municipalities this year.

“These grants are further demonstration of the partnership between my administration and our communities to build a stronger, safer and more modern transportation network,” Murphy said. “In a state as densely populated as New Jersey, where our interconnectedness is a strength, these vital investments will increase safety, foster mobility and improve the quality-of-life for New Jerseyans statewide.”

Under the Municipal Aid grant program, each county is apportioned a share of the total funding based on population and the number of local centerline miles. Municipalities compete for portions of their county’s share. NJDOT provides 75% of the grant amount when a town awards a contract and the remaining 25% upon completion of the project.

Of the $161.25 million, $10 million is allotted for municipalities qualifying for Urban Aid as defined under state law, with the amounts determined by the Department of Community Affairs. This year, Cliffside Park in Bergen County and Harrison in Hudson County were added to the list of Urban Aid recipients.

Transportation Commissioner Diane Gutierrez-Scaccetti said her department was pleased to award grants to nearly every municipality in New Jersey.

Here is a breakdown of the 28 municipalities receiving more than $600,000:

Applications for Municipal Aid grants were submitted to NJDOT by July 1, and have been judiciously reviewed.

There are seven project categories within the Municipal Aid grant program eligible for funding: Roadway Preservation, Roadway Safety, Quality of Life, Mobility, Bikeway, Pedestrian Safety and Bridge Preservation. Past performance in connection with timely award of projects and construction close-out factors were part of the evaluation of the proposals.