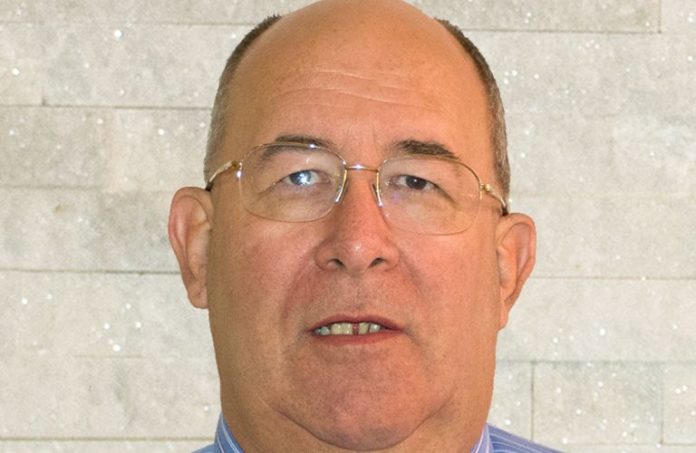 When COVID-19 first came to New Jersey — but before the state truly understood just how bad it was going to get — Jeff Shanton, the president of the New Jersey Association of Ambulatory Surgery Centers, had an idea.

Shanton wanted to get a count of all the ventilators, anesthesia machines, operating rooms, recovery beds — whatever may be needed — that were available in the state in ambulatory surgery centers. So, he went to all of them, not just the more than 320 independent centers that are members of the NJAASC, looking for numbers.

“Back in the spring, when all this started, I went out to all the centers in the state, and said, ‘The winds are coming, let’s get prepared,’” he said. “I sent them a spreadsheet and we recorded everything we had.

“I thought, ‘The winds are coming. So, let’s get prepared, so we can assist in any way we can.’ It was not something that we were asked to do, but we just said we did it, we did it, proactively, and we sent it to the Department of Health. They were extremely happy.”

It was the start to consistent communication between Shanton and the state. And it did not lead to the state commandeering this equipment, as some were led to believe, Stanton said.

“The (Office of Emergency Management) did not come to one surgical center in the state of New Jersey and take either a ventilator and anesthesia machine or PPE, that’s a falsehood,” he said. “What happened is that the surgical centers, since we were essentially shut down because we couldn’t do elective surgeries, voluntarily donated our equipment.”

These efforts helped the NJAASC get more involved in the response, Stanton said.

“The deputy commissioner called me back and said, ‘Would you like to be the liaison and the conduit and everything else for your membership?’” he said. “I said, ‘Of course’ — but that I’ll do it for all ASCs, whether they’re members or not, because everybody’s in the same boat.”

It was the start of regular conversations. Ones where the NJAASC offered insights on the regulations that eventually shut them down — and offered insights on what was needed to reopen them. More than anything, it’s a relationship of open communication that Shanton hopes will keep ASC centers open no matter how big the second wave of COVID-19 gets.

ROI-NJ talked with Shanton about the impact COVID-19 has had on ambulatory centers — the role he thinks they can play moving forward. Here’s some of the conversation, edited for space and clarity.

ROI-NJ: Tell us more about the NJAASC?

Jeff Shanton: We have 320 members; we’re the fourth-largest state ASC organization in the country. We also have over 40 vendor and corporate vendors. So, we’re a really big organization.

ROI: Talk more about your relationship with the DOH?

ROI: Let’s talk about safety. Studies have shown people have put off elective surgery over fear of contracting COVID-19. How are ASCs handling that?

JS: From the very beginning, no one has come into a surgical center for a procedure unless they have a negative test and have quarantined between the test and the procedure.

So, we’re very confident that we have done the right thing. And, to my knowledge, there has not been a positive COVID patient in an ASC since we’ve started back with electives.

ROI: When the state gave the OK to resume elective surgery, how big a jump in business was that? Technically, ASCs were allowed to be open — but only for emergency procedures — throughout.

JS: It was very important. A lot of ASCs chose to not even stay open. And those that did stay open were doing a couple cases a week or a dozen a month. That’s a drop in the bucket to before. At my old center, we were doing between 800 and 1,000 cases a month. Now, there were months that we did four or five cases. It really gutted the industry.

ROI: Talk about taking your case to elected officials?

JS: I testified before a bipartisan Senate committee and said: ‘You are ripping the guts out of the industry. There are centers that won’t be able to come back because (of) all the bells and whistles and the hoops you have to jump through now.’

We can’t run the same number of cases through our ORs that we did before because of the restrictions and the regulations. I’m not complaining, but the Legislature needed to know this does impact on the business of your business.

That’s what I tried to make clear. You have to, at some point, take all that into consideration and weigh it along with what the governor is always talking about, being responsible. We happen to believe that we are responsible and we’re very safe.

ROI: How has the industry survived through all this?

ROI: That number would only figure to grow if there was a second shutdown of elective surgery. Do you think your efforts have worked — and that ASCs will not be shut down again?

JS: We feel very confident that there should be not be a shutdown of electives. We feel we have safety standards in place and that no one is coming into a surgical center that’s infected.

So, right now, we’re confident. We’ve got everyone together and put together a plan that says this how we’re going to move forward, and we’ve had our government affairs people getting the word out to the Department of Health and the Governor’s Office and the Legislature.

There is a political side to this. But, right now, I’m pretty sure they’re all on our side. They don’t want to shut us down. They certainly realize that the economy has to go on and you just can’t shut things down.

ROI: Of course, if the numbers keep trending in the wrong direction, it may be tough?

JS: This is a fluid situation. Things can change in a day or two. But the governor has said he wants schools to remain open. If you’re going to have kids in school, are you going to shut elective surgeries down? I don’t think so.