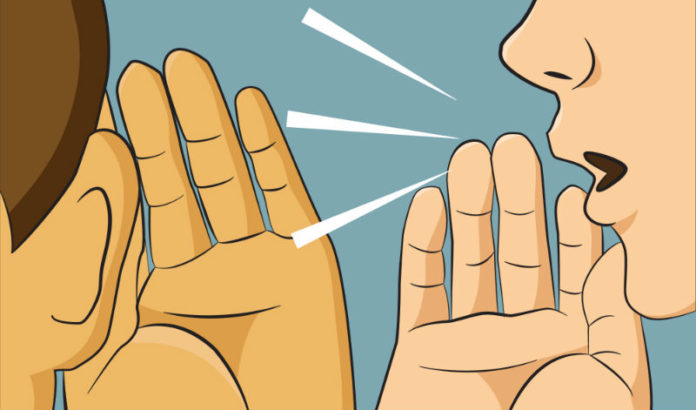 Gov. Phil Murphy said residents shouldn’t listen to rumors regarding a second state shutdown — that New Jersey has more options than it did in the spring, and that he hopes to use any number of them rather than shutting down the state again.

“Those rumors, whether told to you by a friend or posted on social media, are just that — rumors,” Murphy said during his COVID-19 briefing. “Just because we say that all options are on the table, and, by the way, you would want us to say that, given we are dealing with a pandemic and enormous loss of life, that does not mean that we are about to exercise any of those options.”

“We are not in the same situation as we found ourselves in the spring,” he said. “We are no less committed or steadfast in our approaches today, but we now have the ability to be more focused and surgical. We can focus restrictions on the activities that have proven to have the greatest risk of transmission. We continue to be driven, first and foremost, by science and data.”

While a lockdown may not be in the immediate future, more restrictions are.

Murphy announced that the maximum number of people for outdoor gatherings is back down to 25, effective Dec. 7. Outdoor dining, religious or political activities, and funerals, memorial services or wedding ceremonies are exempt from this rule.

He also announced that all indoor youth and adult sports, including both practices and competitions and inclusive of all risk levels set forth by the Department of Health, are being placed on a full and complete pause starting at 6 a.m. Saturday through Jan. 2.

The governor also gave an important distinction that collegiate and professional sports teams in the state will be exempt from this rule.

Murphy sees these restrictions as a more appropriate response than a lockdown, as the information his office has now is a lot more concrete then the information it had in the spring.

The challenges Murphy speaks about in terms of containing the virus hit close to home in Trenton this week, as an unnamed employee at the Department of Health tested positive for COVID-19. As a result, the whole department, including Health Commissioner Judith Persichilli, is quarantining from home until further notice.

Cases continue to rise in New Jersey, as there were 3,199 additional COVID cases reported Monday. There have been 337,304 cases in total.

The number of hospitalizations continues to rise, as there were 378 new admissions, but only 263 discharges. And, while there are 2,961 patients in hospitals, that number is approximately 5,000 smaller than the height of the pandemic last spring.

Murphy also said there were 15 new deaths from COVID-related complications, bringing the statewide total to 15,164 deaths, with an additional 1,829 probable deaths. There were 26 deaths reported Sunday, as well, but they are awaiting lab confirmation.

“In eight months, we’ve lost nearly as many New Jerseyans as died in a war over a 60-year span,” he said.

Since the pandemic’s early days in March, long-term care facilities have been an area of concern, as they are full of individuals who are at high risk for COVID-19. With these concerns in mind, Murphy again announced more measures to help those in need in those homes.

“The Department of Health is stepping up with an enhanced program of testing in our long-term care centers,” he said. “(The testing) will run over the course of the next two weeks and will make use of some of the BinaxNOW rapid tests we currently have at our disposal.”

So far, 366,000 of the aforementioned BinaxNOW tests have been distributed to these facilities. Additionally, Murphy announced that staff are to be tested either every other day if they work three consecutive days, or when 48 hours have passed since their last test.

Testing also will be required for all visitors to long-term care facilities, with the exception being emergency personnel responding to a call. All residents who leave for routine medical treatment or for more than 24 hours will be tested upon return.

“The residents at our long-term care facilities are among our most vulnerable,” Murphy said. “Our aim is to catch any new cases quickly so proper precautions can be taken before coronavirus is spread throughout a facility. Our aim is, as it’s always been, to save lives.”

“The number of individuals who refused to cooperate with our contact tracers (last week) is now up to nearly 70%,” he said. “For the 31% of you who have cooperated; hat’s off to you. You are heroes. You are doing exactly what we need everyone to do, which is find a flare-up, surround it and drive it back into the ground.”

Murphy also announced that, with 600 new contact tracers being put into the field last week, the state now has approximately 3,000 tracers. He likes these numbers, but the percentage of people not cooperating gives him pause.

“Each and every single (contact tracer) has only one concern — stopping an outbreak,” he said. “I can’t say it enough. There’s no witch hunt. Our contact tracers are not out to snitch on anyone. Their sole focus is on making sure you know that you have been exposed so that you can take the steps to protect yourselves, your loved ones or your community. Period.”

“Our flags fly at half-staff in honor and memory of the late David Dinkins, the 106th mayor of New York, who passed away last week. Some of you may wonder why we lowered our flags for a former mayor of New York. Well, the answer is simple. Dave Dinkins was a son of New Jersey. … Our entire region is better because of his leadership. May God bless and watch over Mayor David Dinkins.”

How Chester’s Hoven worked to bring curbside pickup to N.J. —...

The importance of a good warmup before exercising