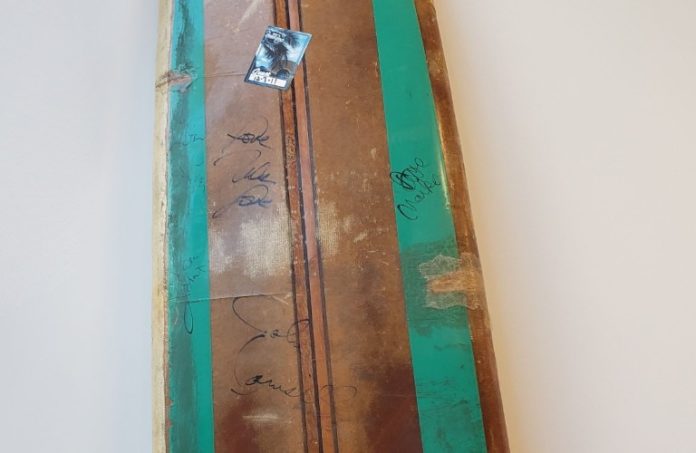 Admit it, a Meat Loaf poster has some appeal. Or, maybe you’d rather have one of Frankie Valli, Diana Ross, George Thorogood, Boyz II Men, Kool & the Gang, Little Steven, George Takei, Amy Schumer or even SpongeBob … the musical.

The State Theatre New Jersey in New Brunswick sure hopes so. As part of its efforts to raise money to help renovate the theater, as well as support arts programs, it has put a lot of memorabilia from the last decade up for auction or sale during its Memorabilia & Holiday Shop. (Check it out here.)

CEO Sarah Chaplin said the effort is a way to not only raise money, but raise awareness of the financial struggles the arts are having.

“We hope that people find joy in this unique collection of posters, concert photos and other memorabilia, and help keep the spirit of theater alive while our stage is dark,” she said.

The State Theatre, which was built in 1921 as a silent film and vaudeville palace, has welcomed more than 6 million people through its doors since reopening as a nonprofit performing arts center in 1988 — helping it have an annual economic impact of $18 million a year.

And, while this is not the first year the State Theatre has had such a fundraiser sale, it’s the biggest, spokesperson Kelly Blithe said.

The State Theatre is offering more than just posters, too.

The shop also features concert photos, apparel and some of the neon signs that have been removed during the theater’s renovation. There’s even an autographed surfboard by the Beach Boys, courtesy of their 2011 visit.

The seats themselves are available, too — individuals or in pairs. That auction started earlier in the year. So far, 17 have been purchased.

Money collected — and donations always are good, too, officials said — will go toward the theater’s annual fund.

In other words, it’s a way to help out the arts, while picking up a poster of Ringo Starr.