Home Opinion Editor's Desk Getting back on track: Why investing in nearly empty trains now is...
Facebook
Twitter
Linkedin 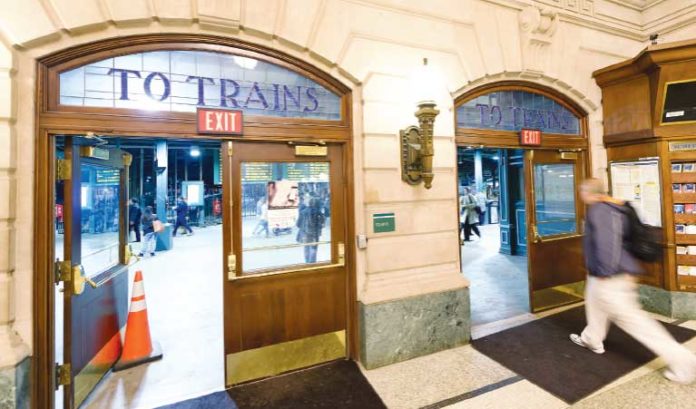 When he was campaigning for the job, Gov. Phil Murphy called New Jersey Transit a national disgrace. That’s when he was being nice. He also promised he would fix it, even if it killed him. That’s how important Murphy felt rail infrastructure was to the state’s future.

Three years later, at a time when ridership has all but disappeared — and employers and employees are debating the merits of returning to the office and using mass transit to do so — who would have thought transportation infrastructure could be one of the keys to rebuilding our economy?

But, if you believe that one day many of us will return to the office (and New York City) and use mass transit to get there, there may be no better time than today to invest in the railways.

Amtrak officials said as much on their year-end call last week — noting that infrastructure projects currently underway are being completed in record time. This scenario is not likely to repeat itself.

It’s one of the reasons that Amtrak Chairman Tony Coscia, a partner at Windels Marx Lane & Mittendorf and one of the most respected voices in the state, said Amtrak is asking for $5 billion for infrastructure improvements that he said will improve transportation while rebuilding the economy.

The investment won’t be solely in New Jersey — but, as the corridor that connects Washington, D.C., to New York City and Boston, you can be sure the state will benefit as much as any other.

“It will be a significant contributor to the important recovery effort that we know will follow this pandemic,” Coscia said. “And we believe it will be responsible for participating in the creation of thousands of jobs in that process.”

Chip Hallock and Barbara Kauffman, the leaders of the Newark Regional Business Partnership, agreed. In a recent Op-Ed on ROI-NJ.com, they noted that New Jersey Transit, Amtrak, PATH, SEPTA and PATCO — agencies that serve communities all over New Jersey — need help more than ever.

“While ridership is down now with many people working from home, transit can’t just mothball itself and wait out the pandemic,” they wrote. “Many workers still rely on public transit to get to warehouses, grocery stores, hospitals and other essential businesses. We rely on these businesses to function and support our survival through the remainder of the pandemic, so we rely on transit to deliver the workers that provide these essential services.”

Now and in the future.

“We have to think ahead toward the end of the pandemic and what kind of economic recovery we hope to support, especially since transit always has formed the backbone of New Jersey’s economic competitiveness,” they wrote.

And, of course, there is the Gateway Tunnel project. No infrastructure project could create more jobs — or create more of a sense of an ultimate return to a normal work world — than building two additional tunnels to New York City.

We say “additional tunnels,” because every major elected official in the state — as well as the heads of Amtrak and NJ Transit — quickly dismissed the notion that the existing tunnels could be fixed while they were in use.

Jerry Zaro, a partner at Sills Cummis & Gross and a trustee on the Gateway Development Corp., said it best.

The state won’t be satisfied until two new tunnels are added — and the old ones fixed. Having four tunnels obviously will double capacity, helping the connection go from being one of the worst in the country to one of the best.

All this being said, let’s be clear: There’s no easy solution here. Every sector of the economy and every municipality is looking for money.

Those who have lost their jobs due to the pandemic need some type of infusion. Small businesses, which soon could start closing in record numbers, need help to stay open — and keep people employed.

Don’t discount the need for assistance to health care facilities of all shapes, sizes and purpose. And there’s no telling how much social service organizations — called on to serve like never before — need help.

So, why — in the middle of all this need — would we be wise to invest in transportation, a sector where ridership is down by as much as 90%? It’s both a short-term and long-term solution.

Infrastructure projects will provide thousands of jobs — and help the region hold them in the future, all while adding the state’s sustainability goals. It’s a win-win-win.

Candidates for office are known for having neverending and unrealistic wish lists. But, when it comes to transit — and fixing the mess that is New Jersey — Murphy was never so right. That’s apparent now more than ever. Even on empty trains.