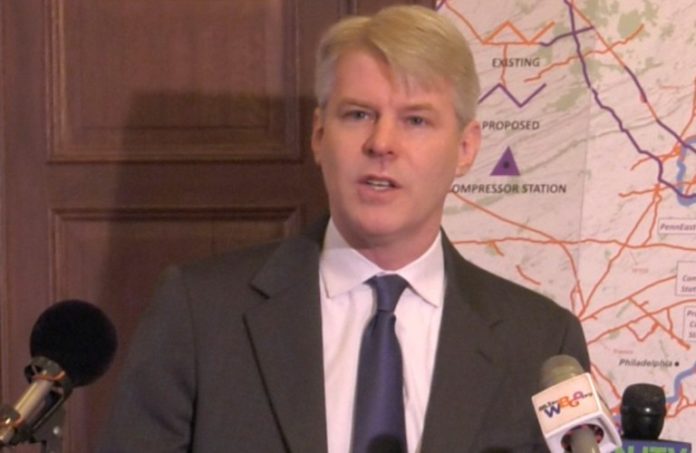 As New Jersey embarks on a difficult recovery from the economic devastation brought on by the COVID-19 pandemic, New Jersey voters by a more than 2-to-1 margin believe investing in renewable energy projects, like wind and solar, is a better prescription for creating jobs and improving wellbeing than building gas pipelines.

That’s one of the major takeaways from ReThink Energy NJ’s sixth annual statewide “Attitudes on Clean Energy” poll. The public opinion survey, conducted by the Fairleigh Dickinson University Poll, found support for renewable energy to be at its highest level since RENJ began polling in 2015.

Asked which form of infrastructure to invest in to spur economic recovery, 62% of New Jersey voters said they prefer to “create jobs, improve our health by reducing pollution and ultimately save consumers money,” through renewable energy projects, compared with 30% who said they prefer to create jobs through pipelines that “ensure a reliable supply of inexpensive natural gas.” Given that the transition to clean energy will present massive opportunities to create new jobs and retrain people now working in jobs related to fossil fuels, such investment is likely to be a much longer term economic boost than fossil fuels. And we’ll create jobs while reducing emissions that harm our health and climate.

The results on infrastructure investment are consistent with significantly strong preference for clean energy the poll found across the board. For example, when asked which is the energy source “most important to New Jersey’s energy future,” 47% chose solar and only 21% picked gas. When support for offshore wind is included, 58% chose clean energy over fossil fuels.

New Jersey voters also show a similarly strong preference for the state’s plans to switch to clean energy versus the current administration in Washington’s commitment to push development of such fossil fuels as natural gas and oil: 60% said they strongly disagree or somewhat disagree with the latter. However, that will soon change, as the incoming administration is expected to take a tack much closer to New Jersey’s clean energy pathway.

Asked if they favor or oppose New Jersey’s goal of achieving 100% clean energy by 2050, an overwhelming 80% said they strongly or somewhat support it. Decision-makers in Trenton should pay heed and move full steam ahead.

Other key poll findings include:

All of these findings come at the same time the fossil fuel industry tries to convince New Jerseyans that the transition to clean, renewable energy like wind and solar isn’t feasible now and we need to build more gas infrastructure. The industry is fully aware that, to reduce the emissions harming our health and causing the climate crisis, we must transition away from fossil fuels to renewables and other sources of clean energy.

But fossil fuel producers want to delay that day so they can sell as much gas as possible until then. As the poll shows, New Jerseyans aren’t buying the industry’s phony arguments. They know which path leads to a strong economy with good jobs, better health and a safer planet.

The telephone survey of 712 randomly selected registered voters was conducted by Fairleigh Dickinson Poll for ReThink Energy NJ between Oct. 1-10. The margin of error is +/-4.5 percentage points at a 95% confidence interval.

Tom Gilbert is the campaign director for the New Jersey Conservation Foundation and ReThink Energy NJ.

Why next round of PPP is another opportunity for community banks...

America is on strike — and it has nothing to do...