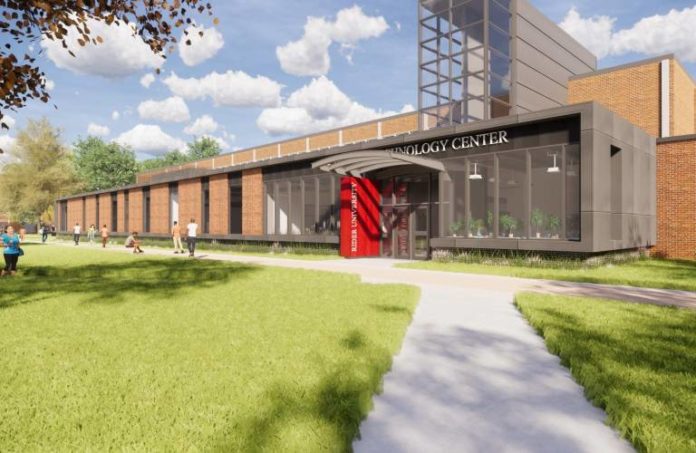 Rider University has received a $4 million leadership gift from alumnus Michael J. Hennessy in support of the expansion of its Science and Technology Center, it announced this week.

The gift represents the largest-ever received at Rider toward the sciences, and was made in honor of Hennessy’s wife, Patrice “Patti” Shelmet Hennessy, who died in January after a long illness. Both Hennessys were members of the Class of 1982.

The gift represents more than half of the $7.5 million to $8 million estimate for the project, which will add a one-story wing to the building — which will be renamed the Mike and Patti Hennessy Science and Technology Center upon completion of the work, in January 2022.

“This is such an impactful gift for Rider, as it will provide for the continued growth of our programs in the sciences,” Kelly Bidle, dean of the College of Liberal Arts and Sciences, said in a prepared statement. “This project underscores Rider’s commitment to providing students with the resources and training needed to pursue careers in high-demand fields. We are deeply grateful that it has gotten support at this level.”

The building will grow to a total size of more than 79,000 square feet, and add modern laboratories and classroom space for programs including cybersecurity, anatomy, software engineering and more, as well as a new greenhouse.

Hennessy, a longtime supporter of his alma mater, is founder and chairman of MJH Life Sciences, the largest independent full-service medical media company in North America. He served as a Rider trustee from 2008 to 2017.

“Rider is grateful to Mike for supporting all of our efforts over the years,” President Gregory Dell’Omo said in a statement. “We’re particularly excited about this leadership gift for our Science and Technology Center expansion project. We’ve seen tremendous growth in our science majors, and this construction project will provide us with an opportunity to introduce new, high-demand majors.”

The university is currently fundraising for the remainder of the project goal.

Murphy: All school personnel need to be vaccinated — or submit...