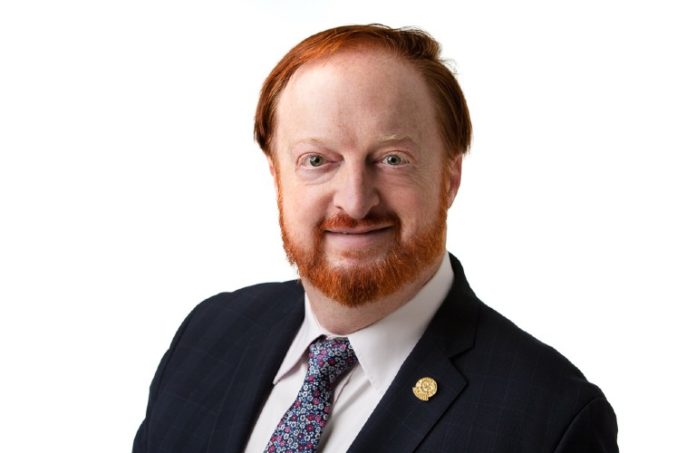 There is strong support in the state for a cannabis industry for both medicinal and recreational use. Despite this, the industry continues to struggle to move forward.

Legislators in both the Senate and Assembly have battled over how the state’s new recreational cannabis industry should operate since voters overwhelmingly approved such use Nov. 3.

A bigger issue, however, may now be at hand.

Last week, a state appellate court gave the executive branch something to deal with as it ruled the process for issuing licenses for the industry back in 2018 was flawed.

The ruling, handed down by a three-judge appellate court Nov. 25, vacated the 2018 decision to award six vertically integrated licenses (cultivate, distribute and sell) for new medical marijuana companies. Simply put, the judges instructed the Department of Health to create a new rating system — essentially saying the other was unfair and unjust.

So, what does this all mean for the nearly 100 applicants to get one of those six licenses in 2018 and the six that did — not to mention those who will seek licenses moving forward?

We asked John Bartlett, a partner at Murphy Orlando LLC in Jersey City, and the lead attorney for Pangaea Health and Wellness, an appellant in the 2018 case — to bring us up to date.

Here’s a look at our interview with Bartlett, edited for space and clarity.

ROI-NJ: Let’s start at the beginning. Or, at least, 2018. What were the rules of engagement for companies looking to get one of the six vertically integrated licenses for medical marijuana in the state — and how was it carried out?

John Bartlett: The Department of Health put out (a Request for Applications) that said, ‘Here’s how to apply; here’s the 1,000-point scale that we’re going to use to judge your application.’ There would be six reviewers, judging applicants on 60 categories, providing a numeric score in each.

Then, months later, in December, they sent out a bunch of four-page letters, six of which granted licenses to companies that they identified as having the highest scores. All the rest just said: ‘Here’s the aggregate score that you ended up with; here’s the aggregate scores of the people that we picked. This is the final agency determination. If you want to challenge it, you’ve got to go to the appellate court.’ So, that’s what Pangaea did. That’s what half a dozen companies did.

ROI: Talk about the appeal — how did you build your case?

JB: We started with very little to work with. All we had was Pangaea’s aggregate score and the scores of the six selected alternative treatment centers, or ATCs. We filed some public records requests and got our score sheet: category by category, reviewer by reviewer. That is what first revealed the profound structural problem that we concluded had to exist within this program.

JB: The scores themselves showed a lack of control. We regarded them as arbitrary, capricious and unreasonable. An appellate court ultimately agreed with us.

ROI: Give us an example of this?

When the DOH described the process, they said: ‘We’re going to set these standards for scoring. And we’re going to train all of our reviewers in the same way.’ If that was the case, then there should never be 100% relative error, because that means there is a dispute between the reviewers over whether something was perfect or whether it existed at all. And, yet, that was common. In fact, every one of the more than 120 applications that reached final review had at least one category scored with 100% relative error.

ROI: But isn’t that why you have six judges, to balance it out?

JB: When you have 100% relative error, you can’t use averaging to solve the issue, because if a company has three 15s and three 0s, that means their average for the category is 7.5, which doesn’t look like any of the scores that anybody gave.

One appellant’s score was pulled down by more than 100 points because of one reviewer. We don’t know who that reviewer is, so, at oral arguments, we called them the ‘East German judge.’ The scores were so inconsistent that they looked like what used to happen in the Olympics during the Cold War.

ROI: Anything else seem this far out of whack?

JB: Another one of the appellants raised another point very effectively. They said: ‘Each of these applications is hundreds and hundreds of pages long. So, if these six reviewers really read the volume of paper they had to look at, it would be the equivalent of reading Tolstoy’s ‘War and Peace’ three times a week, every week for 11 weeks.’

ROI: Got it. So, now we’re picking on the East Germans and the Russians. That being said, it seems like it was an easy case, yes?

JB: It wasn’t. When you’re taking an administrative agency to court, the bar is very high. The court has to find that the ruling of the administrative agency was arbitrary, capricious and unreasonable. There’s a tremendous amount of deference to the expertise of agencies — as there should be.

But, after looking at the scores and the evidence and the mathematical analysis we presented, the court essentially said: All roads lead to the same point — that numerous indisputable anomalies in the scoring of the applications prevent them from having sufficient confidence in the process adopted by the department, or its results for the approval of ATCs in this important industry.

JB: Not quite. We applied to the court for relief, but we didn’t get the stay. This is going to be one of the issues going forward. The six selected ATCs in 2018 have been proceeding toward a license for nearly two years. Four or five are there, the rest are almost there.

ROI: What did the court say to do?

JB: The court didn’t prescribe a specific remedy or solution. The court said it is the Department of Health’s job to manage this process. So far, we haven’t heard from them, but this ruling came out the day before Thanksgiving.

JB: We need to have a process that verifies the results on the scoring with adequate quality controls — one that searches for odd and outlying scores that skew the results. You’ve got to have procedures that would allow parties to question their scores and obtain an explanation before rendering the final decision.

There was no narrative element, and there was no moment applicants could say: ‘This score doesn’t make sense. I see you scored me a zero for not having a floor plan for my growth facility, but here’s the floor plan, it’s on page 77.’ The chance to be heard is essential to ensuring public confidence in the process itself.

JB: Actually, it’s not. There have been problems with that application process, too, so much so that there is a stay and not a single applicant has been approved.

ROI: Oh, boy. This is getting tough. How about the state just allows anyone who wants to open a facility to grow, distribute or sell, to do it? Or perhaps anyone who achieves a certain score will get the ability. Wouldn’t that be the free market at its finest? It seems the limited number of licenses is at the root of all of this.

JB: This is another dilemma. Applying to be an ATC in New Jersey is not like me taking the bar exam, where, as long as I score above a certain score, I’m going to become a lawyer — and the board of bar examiners doesn’t care if they add 1,500 or 2,000 lawyers a year.

At the end of the day, we’re still talking about a Schedule One narcotic that’s illegal under federal law. The medicinal marijuana program in New Jersey, and now adult recreational, has got to be a very carefully and thoroughly regulated process.

ROI: All that being said, the state is going to need to issue a lot more licenses to keep up with what is expected to be a high demand?

JB: You’re exactly right. What I hope doesn’t get lost in talking about litigation is that there now are nearly 100,000 New Jerseyans who have been prescribed and need the opportunity to access and use medicinal marijuana. The entire system needs to be larger to serve the needs of even the number of patients that we have right now. And that’s before we start thinking about what this looks like when we add adult recreational use.

JB: It’s difficult. I think there’s a real dilemma. I’m eager to talk to the Department of Health, and I’m eager to work with them on figuring out what to do. You can’t just redo the process — and there’s no way to say for certain who should have been the winners in 2018. So, how do you proceed in a way that doesn’t jeopardize the six licenses already issued, unless you do the process in a way that expands the number of licenses you’re going to award out of the 2018 round.

The six winners were two each from each of the three regions: North, Central and South. The six disappointed applicants who applied in 2018 happen to be two from each region. Obviously, the applicants would like to be licensed and believe we should have been. There’s nothing that would prohibit the Department of Health from going back, solving the problems in the 2018 round scoring in a way that results in the issuance of six more licenses.

ROI: That would at least help the state grow the industry.

JB: There’s going to need to be a huge expansion in this industry in the years ahead. And, what I think is good about the appellate opinion is that it gives a chance to take a look at all these processes — understand them in the context of both the need, and the rights of applicants to a fair and transparent process. Then maybe, from here on out, we can start getting it right.