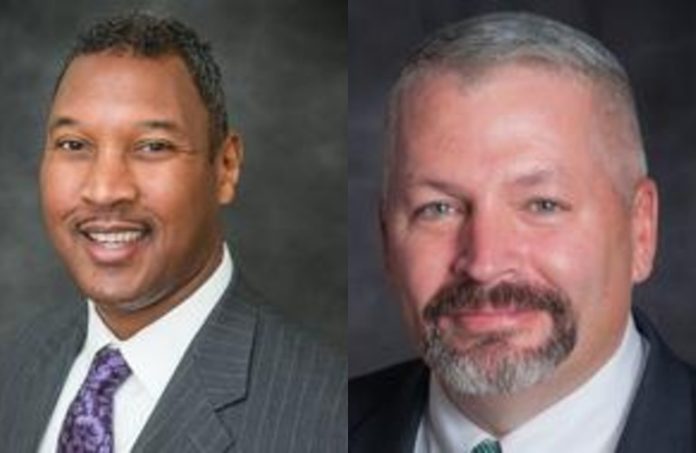 Edmund DeVeaux has been named the new president of the New Jersey CannaBusiness Association, the organization announced Wednesday.

DeVeaux replaces Scott Rudder, the founder of the organization, who is stepping down as president but will remain a member of the board of directors.

The move was just one of several the organization announced. In addition, Tara “Misu” Sargente will be elevated from her role as executive director to a member of the board of directors. And Bill Caruso, a member of the NJCBA board and an attorney at Archer & Griener, was named general counsel to the NJCBA.

Rudder called the decision to step down “bittersweet.”

“Four years ago this month, we started on a journey to expand patient access to medical cannabis, fight to end cannabis prohibition and help create a responsible, transparent and inclusive cannabis industry in New Jersey,” he said. “I am proud of what we’ve accomplished, and I am excited about where we are going.

“My passion for the cannabis industry remains. I am now moving on to focus my professional endeavors on the medical side of cannabis through research, education and consultancy.”

The NJCBA says its mission is to promote jobs and growth in a sustainable and responsible cannabis industry. Starting with the pioneers in the medical cannabis market to the emerging players in the adult-use space, the NJCBA’s focus is to make certain that decision-makers and regulators understand and respect the needs of the CannaBusiness community and that the community remain responsible corporate citizens.

DeVeaux praised Rudder for his work with the organization.

“Scott has done a remarkable job by creating and leading the state’s first and largest cannabis trade association,” he said. “His balance of addressing New Jersey’s need for significant social justice reform while legitimizing the industry has been amazing.”

DeVeaux, a Rutgers University graduate and a commissioned officer in the Army, began his professional career in New Jersey state government and worked as a capital budget analyst in the New Jersey Department of the Treasury – Office of Management and Budget.

DeVeaux, who served as the aide to the mayor of New Brunswick and as special assistant to U.S. Sen. Bill Bradley, said he is eager to take on the new role.

“While there are many obstacles still to overcome, this is an exciting time for the cannabis industry, both in New Jersey and across the country,” he said. “I look forward to working with members of the NJCBA and cannabis industry advocates to create an industry that is not only thriving but presents equal opportunity for everyone.”

Utilizing his skills in the areas of government affairs and business development, DeVeaux has been part of the external growth, internal development and public policy and reputation management strategies for these companies.

Rudder said the organization is in good hands.

“I am excited that Ed was elected to lead the NJCBA,” he said. “He has been with me from Day One and I cannot think of a better person to take the helm as New Jersey transitions into this new and expanding industry.”

Sargente said she is excited to take on her new role on the board.

“My career in the cannabis industry started more than 10 years ago,” she said. “I have dedicated thousands of hours to help foster the growth of an industry that focuses on health, education, quality and inclusion. I am eager to continue these pursuits with this professional organization.”

Sargente, who served for more than two years as the executive director of the NJCBA, is the founder and CEO of Blazin’ Bakery, an edibles-based company that offers a diverse product line for both humans and pets.