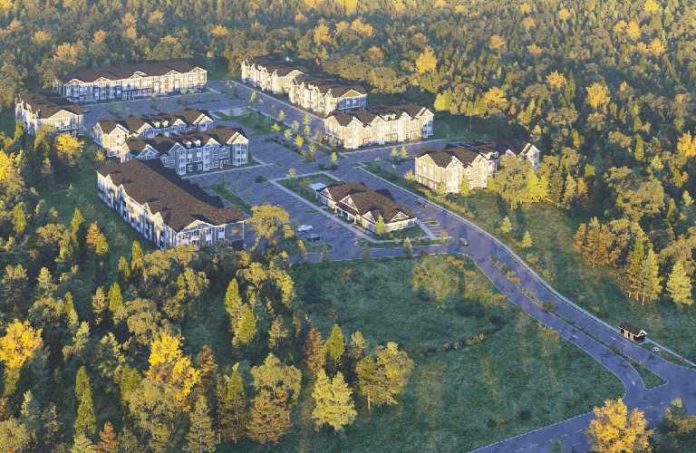 Larken Associates, the Branchburg-based real estate developer, announced it has received approval to build a multifamily community in Readington, pivoting the site from a planned office campus.

The Ridge at Readington will include 10 buildings and 254 units at 460 Route 22, Larken said in a news release. The previous incarnation, Readington Commons, had been slated to be an eight-building professional office campus on 17.2 acres when construction began in 2010.

“While the locations and designs of residential projects vary considerably, our residential development platform remains singularly focusing on understanding the demands of today’s tenants and developing unique residential communities in highly sought-after locations,” CEO and President David Gardner said in a prepared statement. “We look forward to transforming the site and bringing great spaces to live to Hunterdon County with the Ridge at Readington.”

Amazon announces another warehouse (in Burlington) and more jobs (600)