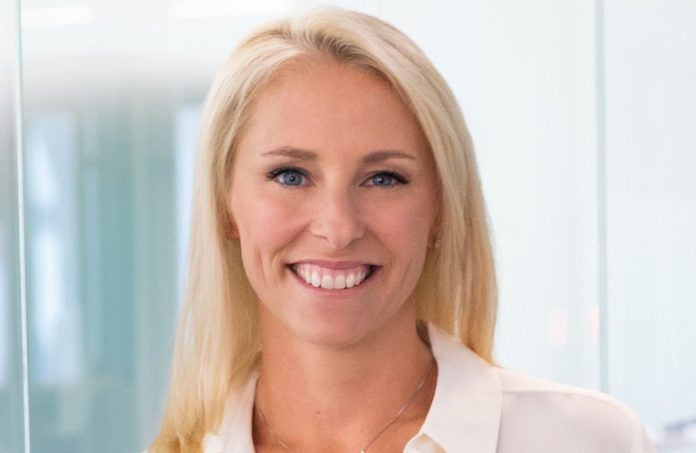 Zoetis CEO Kristin Peck said she had to double-check when she heard the news.

“It was a surprise,” she said. “It’s not one of those things that you know about ahead of time. Someone actually emailed me that morning and I thought it was a joke.”

It’s a big honor. Earlier this week, Peck was named one of Fortune magazine’s 20 Top Businesspersons of the Year for 2020, landing at No. 14 on the list.

Fortune said the rankings identify star executives and are based on 10 metrics, ranging from return on capital to total return to investors.

“Then we identify those who achieved the remarkable,” the editors said in the rollout.

Elon Musk took the top spot, one place ahead of Advance Micro Devices CEO Lisa Su, who increased sales by 44% this year, helping to raise her company’s stock from less than $2 in 2016 to more than $86 today.

Amazon’s Jeff Bezos was the only other honoree with a strong connection to New Jersey. He was No. 7.

Parsippany-based Zoetis was noted by Fortune for increasing its profits nearly 14% over the past 12 months. The company’s stock, meanwhile, has gained roughly 26% year to date.

Peck, who took over as CEO of Zoetis on Jan. 1, said the company as a whole deserves praise.

“I am insanely honored and humbled by it,” she said. “But I do think it really has more to do with the performance of the overall company over the last year.

“I know my name was out there, but I think, at the end of the day, it has everything to do with the culture and the performance that we’ve built over the last few years. I’m honored to be named, but I do feel very much it was a testament to all of our colleagues.”

Here is the writeup on Peck as it appeared in Fortune:

“A pandemic that dealt a blow to the profits of many human health care businesses hasn’t sidetracked animal health company Zoetis from its upward trajectory this year. Driven by strong sales in the company’s companion animal portfolio, as owners are spending more time with (and adopting) pets during lockdowns, Zoetis has managed to grow profits nearly 14% over the past 12 months. The company’s stock, meanwhile, has gained roughly 26% year to date, far outpacing the (Standard & Poor’s) 500.

“Zoetis, spun off from Pfizer in 2013, makes vaccines, medicines and other products for livestock and companion animals, with a roughly 50/50 split between the two businesses. Peck, a former Pfizer exec who took the helm of Zoetis in January mere weeks before the pandemic hit, was seemingly destined for a top job at the animal health company: Growing up in Connecticut, Peck had horses, dogs, cats and birds, and her first job was at a legacy Zoetis company.

“Earlier this year, Zoetis launched a promising drug that has already proved a strong source of growth for the company: Simparica Trio, a combination flea, tick and heartworm medicine for dogs, and the only such combo product currently available in the U.S. Indeed, with her company’s sales of pet products rising, Peck recently upped Zoetis’ full-year revenue forecast for 2020 to between $6.55 billion and $6.63 billion.”