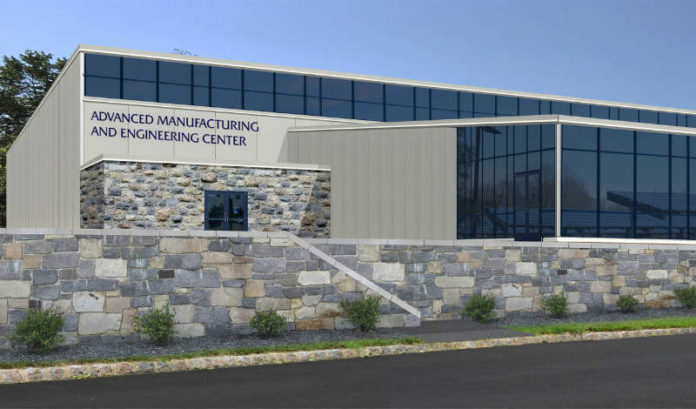 County College of Morris officials said the virtual ribbon-cutting of their $10 million Advanced Manufacturing and Engineering Center on Tuesday was just the start of the promotion of the state-of-the-art facility.

President Tony Iacono said he wants parents, students, elected officials and industry leaders to understand the impact the AMEC can have when it comes to producing the next generation of employees.

There will be meetings, mailings and social media pushes. But the biggest push may come from others touting its benefits.

“I think this is a great step for CCM, he industry and, ultimately, for NJMEP,” he said. “We work a lot with the County College of Morris, and we have 800-plus manufacturers in Morris County. It’s a perfect fit.”

Kennedy said the beauty of the facility is that it can serve a wide area.

“I would love to boost it more with our client base in the North Jersey area, and not just in Morris County,” he said.

“Buildings like this are expensive, and they take a tremendous amount of support. We’re very fortunate that we have exceptional support from our Board of Chosen Freeholders, from state legislators and from the manufacturing community.

“This kind of center is a big deal. It’s huge. And you wouldn’t necessarily put it in every single town across New Jersey. So, we’re looking forward to really serving all of northwest New Jersey.”

Getting the word out is key. The school launched a social media push this week. That’s just the first step, Iacono said.

“Getting the word out really means we do a lot of meetings,” he said. “We’re embarking on a lot of tours with school districts, with business and industry, with elected officials, and really making sure people know what’s out there.”

Iacono said a special effort will go toward reaching parents.

“We want moms and dads to know about it, as well, because they’re a huge driver in the decisions that their kids make,” he said. “And what we want students to know is, they’ve got a lot of opportunities.

“Some students envision themselves being engineers, others want to be individuals who work right in the manufacturing community with a technical certificate or a two-year degree, right? But, we want them to know they’ve got choices, wherever they may see themselves.”

It’s the type of vision Kennedy has been preaching for years. Students, he said, need to learn about various career paths. This building, he said, can help do that.

“What happens is the kids that are going through schools today are really not getting career pathway discussions,” Kennedy said. “They’re not looking at a variety of things; they come with a preconceived idea and they’re not getting exposure into industries.

“I think Tony is 100% right when he says the goal is to excite these kids. If we can show students a career path — whether it’s in high school, the vo-techs, the county colleges or all of the above — we can keep them engaged and prevent them for dropping out of college after a semester or two just because they don’t know what they want to do.”

The building should help do that.

At 31,000 square feet, it’s triple the size of CCM’s existing manufacturing areas. And it’s filled with some of the latest and greatest manufacturing and engineering equipment — everything from robotics to 3D printers to a state-of-the-art welding facility, all courtesy of local companies.

“We’ve tripled the space, so that’s allowing us to do things that we’ve long wanted to, but never had the room,” Iacona said. “A student now can have a concept, do a design of it on the computers and actually make it in the lab.

They just need to find out about it. Kennedy said he is all in when it comes to helping. In fact, he might enroll himself.

“Wow, what a facility,” he said. “Where was this when I was growing up?”