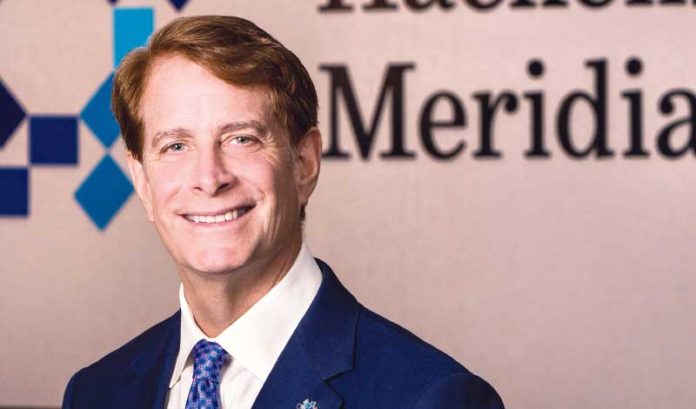 Hackensack Meridian Health officials have purchased the extreme temperature freezers necessary for storage of Pfizer’s COVID-19 vaccine, identified four sites within their network that will accept doses, created a distribution plan that follows the expected guidance from the CDC and organized a team of health care professionals that are eager to begin administrating the vaccine — perhaps as soon as next week.

They are just waiting for final FDA approval, which is expected Friday, but could come as early as Thursday night.

Garrett said HMH has been preparing for this moment for months. It’s a moment he calls the beginning of the end.

“Certainly, it’s not a silver bullet,” he said. “And it’s certainly not going to be, Day One, this pandemic is over, just because we’re starting to vaccinate. But it is truly the beginning of the end. This really is a major breakthrough: In record time, we have safe and effective vaccines.”

If the FDA gives Emergency Authorization Use for the Pfizer vaccine, Garrett said HMH potentially could receive its first shipment this weekend.

The vaccine will be shipped directly to HMH and other approved facilities. There will be no middleman, thus speeding up the process. Because of this, Garrett said HMH’s front-line workers could start getting the first dose of the two-shot vaccine early next week.

And, if all goes as planned, HMH would get continual shipments of not only the Pfizer vaccine, but others, too, in the weeks and months ahead. The FDA is expected to consider an emergency use authorization for the Moderna vaccine by the end of next week.

All of this would put New Jersey on a timeline to have 70% of the population vaccinated in six months — or by next June.

Garrett said HMH is ready to help the state meet its goal.

“We’re geared up, we have our sites ready to go and we have staff ready to vaccinate,” he said.

Garrett discussed a number of issues around the vaccine with ROI-NJ. Here’s a look at more of the conversation, presented in a question-and-answer format.

ROI-NJ: While a COVID-19 vaccine is incredible news, it also sounds like a logistical nightmare. Talk about the challenge of setting up the distribution.

Bob Garrett: Thankfully, we designated (senior vice president of integration/transformation) Regina Foley to be our logistics coordinator, sort of our ‘vaccine czar.’ She’s coordinating how we receive it, store it, distribute it and then the actual vaccination process.

ROI: Talk about the storage and distribution — and the requirement to have freezers that can store the vaccine at -94 degrees, which is colder than the most extreme temperatures at the South Pole.

BG: We’re going to be storing the Pfizer vaccine in these special freezers in four different locations, and then we’ll have a hub-and-spoke type of system. So, those four hospitals will not only be responsible for vaccinating the patient-facing team members at their site, they also will distribute vaccine to the other sites, which could be other hospitals, urgent care centers or other HMH facilities.

That plan is in place, but it certainly was a challenge. We had to put together the distribution plan and the staff plan — and staffing is an issue right now, because COVID is surging. So, we had to mobilize all potential resources.

ROI: Talk about that mobilization — who is pitching in?

BG: I have to tell you, it’s been great. A lot of people are stepping up. As an example, we have private physicians, even surgeons, people who are not even employed by HMH, coming forward and saying: ‘Count me in. I want to volunteer. Things are sometimes slow over the holidays; I want to come in and help vaccinate, whether it’s your team members or the general public.’ That’s been so reassuring.

We’re working with the medical schools, as well as the nursing schools to get additional resources, too. So, I think it’s an all-hands-on-deck situation. It’s logistically very challenging. But, we really think we put together a good plan. And I think designating a vaccine czar has really helped.

ROI: Those specialty freezers — how tough was it to get them, and how expensive are they?

BG:  We have the regular type of freezer, which will be good for the Moderna vaccine, and for some of the others that will follow. But we had to get special ones for the Pfizer vaccine. They were about $18,000 apiece — so, it’s not as expensive as you may have thought. I think the biggest issue in terms of in terms of expenses really mobilizing the staff to be able to vaccinate.

ROI: I think everyone can agree that frontline workers — the heroes this past year — deserve to be in the front of line, as well as the seniors who are most at risk. Talk about that?

BG: I just want to make clear that, by saying caregivers, it’s not just doctors and nurses, it’s people that go into rooms, environmental service people, plant operations, emergency technicians. They’re going to be at risk as much as doctors and nurses, so we’re making sure that they they’re on that list as the first recipients of vaccines.

And we’re grateful that nursing home residents are in that group that will start receiving vaccines right away since we own and operate several nursing homes. Those will be administered through pharmacies such as CVS and Walgreens.

ROI: The general belief is that first responders, educators and child care workers will be next in line, then the general public. What is your sense of a timeline for distribution?

BG: When we start to think about the broader groups, I think we’re probably talking about between February and June. (Health) Commissioner (Judith) Persichilli has issued a goal and an aspiration to have 70% of New Jersey residents vaccinated within six months. So, if you just do the math, you’re talking about June, to have that happen. But, I’m thinking the general public is more in the neighborhood of starting in February.

Of course, that’s assuming that, logistically, everything can be rolled out as planned, and that there is going to be adequate supply of vaccines. Those are the two major assumptions that would keep that timetable in place.

ROI: More vaccines appear to be coming. Moderna could be out by the end of next week. What else is on the horizon?

BG: We’re starting a vaccine trial with Johnson & Johnson next week at Jersey Shore University Medical Center. And there are others.

ROI: Last question. Some have said they are hesitant to getting vaccinated. Are you?

BG: I have no hesitation. I plan to be vaccinated when my turn comes up. And I’ve also strongly recommended that to my family members and to my neighbors and friends.