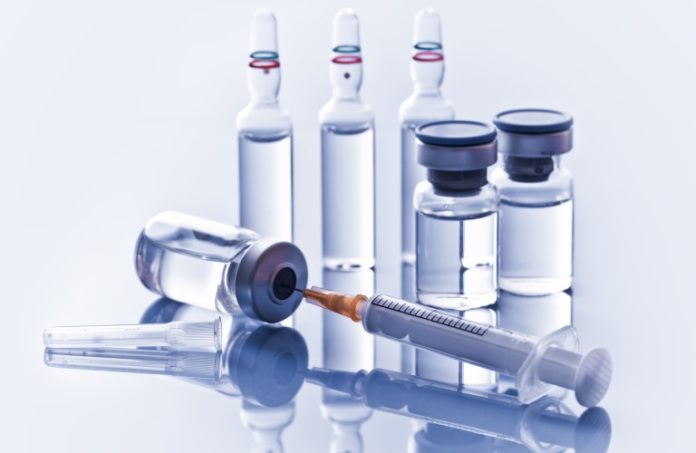 The FDA is expected to give Emergency Use Authorization to Pfizer’s COVID-19 vaccine by Friday — or possibly late Thursday night. If it does, health care officials in New Jersey think they could get the vaccine by the weekend and begin administrating the vaccine early next week.

The CDC distribution plan says the general public will not get vaccinated for another month or two — if they choose to at all. A small segment of the publication has expressed hesitation about getting vaccinated.

Bob Garrett, the CEO of Hackensack Meridian Health, joined a chorus of health care leaders who said everyone should feel comfortable with the approval process and get vaccinated against a virus that has killed nearly 300,000 Americans and more than 1.5 million people worldwide.

“I have no hesitation,” he told ROI-NJ. “I plan to be vaccinated when my turn comes up. And I’ve also strongly recommended that to my family members and to my neighbors and friends.”

Garrett said he feels an obligation as a health care leader to be out in front on the issue.

“I really believe it’s important for our health-care workers to get vaccinated and then send an example for the general public to be to be vaccinated,” he said.

That being said, Garrett said he understands the skepticism that comes with a vaccine that was approved so quickly, in a matter of months rather than the standard 3-5 years. He just feels such concerns are unfounded. It’s an opinion that come with firsthand knowledge, he said.

“We participated in the Moderna trials, where the effectiveness of vaccines was 94.5%, which is outstanding,” he said.

HMH knows about the efficacy rate of the Pfizer trial, too, Garrett said.

“Hackensack Meridian, through our Center for Discovery and Innovation, participated in that evaluation process,” he said.” We helped Pfizer’s statisticians and scientists work through the data and the analytics.

“So, we’ve been involved with both of those vaccines, and we’re about to get involved from a vaccine trial perspective with Johnson and Johnson as well.”

Of course, Garrett said the FDA’s opinion should top everything else.

“The FDA, when they issue the emergency use authorization, will very transparently talk about any side effects out there,” he said.

“But I’ve participated in a lot of meetings and discussions, including a webinar recently with the leadership of the FDA, and I truly believe that no corners were cut here and that the process has been thorough.”

Garrett calls vaccine the beginning of the end of the biggest health crisis in a century.

“Certainly, it’s not a silver bullet,” he said. “And it’s certainly not going to be, Day One, this pandemic is over, just because we’re starting to vaccinate. But it is truly the beginning of the end. This really is a major breakthrough: In record time, we have safe and effective vaccines.”