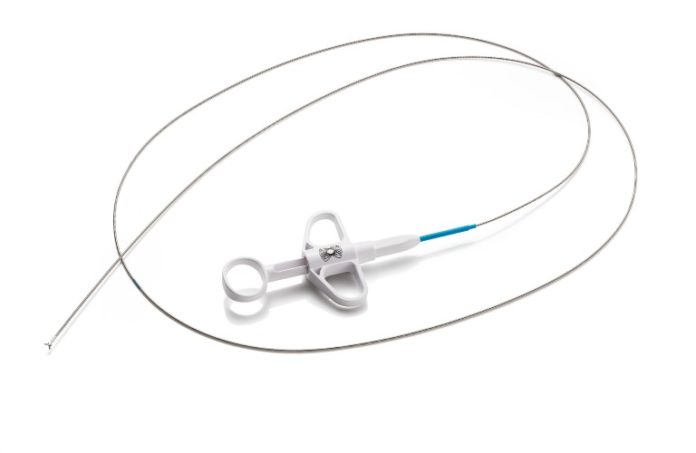 Lung cancer is the second most common cancer in both men and women. AtlantiCare Regional Medical Center is doing all it can to lower that statistic.

AtlantiCare is now offering robotic bronchoscopy to diagnose lung cancer, becoming the first hospital in New Jersey to use Auris Health’s Monarch Platform to enable earlier and more-accurate diagnosis of small and hard-to-reach nodules in the periphery of the lung.

“This new technology is a game changer for diagnosing lung cancer at its earliest stages, when treatment is most successful,” he said. “The cameras and biopsy needles we use can go deeper into the lungs than previous technologies have allowed. This is one of the most promising technologies I’ve witnessed in my career.”

The Monarch Platform uses a familiar controller-like interface for physicians to navigate the flexible robotic endoscope. It enables them to have improved reach, vision into the external boundaries of the lung. The technology combines the traditional endoscopic views into the lung with computer-assisted navigation based on 3D models of the patient’s own lung anatomy.

Borah said early diagnosis with lung cancer can be a challenge for one big reason.

“Symptoms can mimic other illnesses,” he said. “People often learn they have lung cancer after an X-ray or other scan for another health issue shows a nodule on their lung. Even those who have no known risk factors can develop lung cancer. It is vitally important that individuals tell their primary or specialty care provider if they have symptoms.”

Recognizing symptoms obviously is important, too. The more alarming symptoms can be unintended weight loss and coughing up blood.

But subtle symptoms need to be recognized, too.

“Symptoms can include a general feeling of not being well or of extreme fatigue,” Borah said. “A new cough that doesn’t go away, shortness of breath, hoarseness, chest pain, headache and bone pain are also possible signs of lung cancer.”

The team uses the Monarch diagnostic technology at ARMC Mainland Campus, in Pomona.

TCNJ to launch graduate certificate in health and wellness