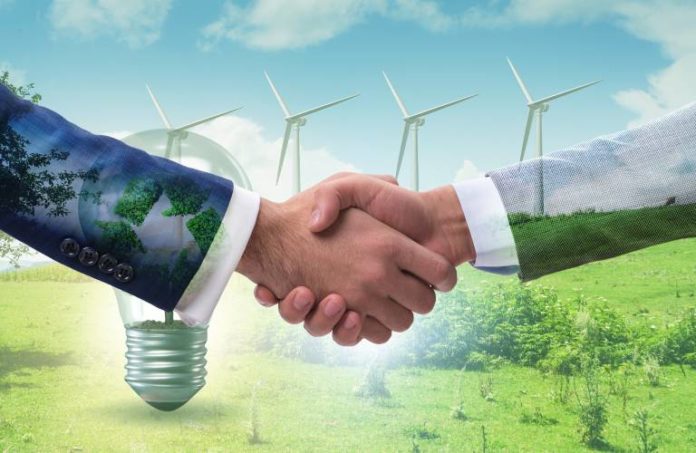 Gov. Phil Murphy and first lady Tammy Murphy celebrated the fifth anniversary of the Paris Climate Agreement by detailing what the state has done to impact change — and celebrating the country’s anticipated return to the agreement when President-elect Joe Biden takes office.

“Here in New Jersey, the effects of climate change are already felt,” Murphy said in a video posted to his Twitter account. “That’s why we couldn’t wait for national leadership to act on this urgent and present matter.”

The Murphys noted the following commitments the state has made:

Tammy Murphy said the Paris agreement was historic in a number of ways.

“Five years ago, 191 countries came together to publicly commit to reducing carbon emissions and cooperating internationally on the climate crisis,” she said. “This achievement took both great effort and leadership and reflects the will of humanity to preserve our planet.

“In this way, the Paris Climate Agreement is much more than an international treaty. It’s a symbol of a partnership across governments, people and generations.”

Gov. Murphy said the state views its commitment to climate change initiatives as a badge of honor.

“We’re proud of New Jersey’s role as a leader in the fight against climate change — and we’re also proud to see our young people empowered to continue that fight,” he said. “Climate change is real. It is an existential threat to the people, economy and natural resources of the entire world.”

Murphy said he is eager for more passion on the issue coming from Washington.

“We’re counting the days until the United States, again, takes up its mantle as the world’s leader on this issue on Day One of the Biden administration,” he said. “The threat is great. But when we act together for our planet, our power is great.”

.@FirstLadyNJ and I are honored to celebrate the fifth anniversary of the historic Paris #ClimateAgreement – a partnership across governments, people, and generations.

The threat is great, but when we act together for our planet, our power is greater. pic.twitter.com/HrnwyElr6P

Infiniti Energy partners with Kaplan Cos. on multiple solar projects