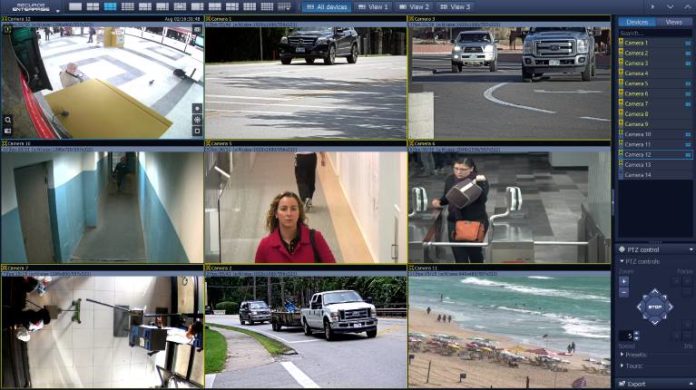 Now, how about Big Mother?

Aluisio Figueiredo of Intelligent Security Systems said his company is perfecting a highly sophisticated technology that uses cameras and software to monitor how well people are washing their hands during the pandemic. It’s a recent adaptation of technology first used to ensure sanitary conditions in food production plants, such as those of Mentos maker Perfetti Van Melle.

“So, now, we have this hand sanitizing algorithm that can detect when people are washing their hands properly, which is particularly important in nursing homes, hospitals and similar facilities,” Figueiredo said. “It’s one of the neat things we’re doing right here in New Jersey.”

Figueiredo is founder and CEO of the Woodbridge-based company, which offers many different versions of these borderline science fiction video analytics and surveillance technologies. The company has also engineered an alerting system that can tell when someone is not wearing a mask, or when an individual has an elevated temperature, which is one of the symptoms of COVID-19.

The innovator came to the United States after graduating with a computer engineer degree in his home country of Brazil in 2000. It didn’t take him long to land a dream job; he was tasked with helping update the outdated video security systems at perhaps the country’s most important place of commerce.

What could go wrong? Well, when that major client is the World Trade Center, and it’s the turn of the century … the answer is: a lot.

After the attacks of Sept. 11, 2001, Figueiredo said he almost retreated to Brazil. And, in a way, he did. Although he remained in the New York region, his business endeavors migrated to his native country, as well as Uruguay and other areas in the global market.

“Europe and the U.S. was in a deep crisis, but places such as Latin America and former Soviet republics were not as affected,” he said. “And those regions were extremely in need of (video and security-related) technology. So, we thought it could be a good idea to market outside of the mainstream.”

By 2010, Figueiredo’s company had become the top video management system provider in all of Latin America and the Commonwealth of Independent States, which includes Armenia, Belarus and seven other member states that were once part of the Soviet Union.

Going after the global market for the better part of two decades means Intelligent Security Systems now has offices set up all over the globe, and has deployed its technology in more than 50 countries worldwide. That includes still relatively untapped markets, such as the Middle East, where Figueiredo had just traveled (and was in quarantine as a result of) before his chat with ROI-NJ.

Woodbridge, that well-known “software capital of the East Coast,” as Figueiredo jokingly calls it, has proved to be a perfect launchpad for this global business. The access to airports and its location, Figueiredo said, make it preferable to the Silicon Valley, where he once intended to headquarter his business.

No matter where the company was located, however, there was no avoiding the competition from big-name Silicon Valley technology companies, such as the multinational conglomerate Cisco Systems.

“We’re always dealing with competition from major companies,” Figueiredo said. “The thing is, we’re just able to be much more agile. We’re able to shift resources and innovate when it’s needed. Innovation is in our DNA.”

That willingness to innovate had to come to the fore as the pandemic emerged. Figueiredo said his company had to rethink how video security systems could play new roles, especially as governmental restrictions and human resources policies affect the movement of people in physical spaces.

Building on facial recognition software it already developed, the company introduced advanced technology that can detect a person’s face in a facility and check if they’re wearing a face mask. The SecurOS Face Mask Detection system, as it’s called, can then trigger an alarm for security personnel if face masks aren’t being worn somewhere that it’s required.

These and other pandemic-inspired solutions, some of which Figueiredo expects will stick around or be adapted upon in the future, accompany the company’s existing digital security applications. It has a suite of patented products for monitoring cargo shipments, as well as systems used by law enforcement, including video systems that detect red light or stop sign violations.

Meaning that security camera that captured your California stop in a Garden State intersection? The company doesn’t issue any apologies — but, sorry, it might’ve been to blame.

One of the newer, non-pandemic-related applications of the company’s software helps drivers be more aware of pedestrians crossing the street. Figueiredo said that’s hoped to curb the increasing numbers of roadway pedestrian fatalities.

“I’m sure we’ve all seen a number of times, the ‘cell phone zombies,’ guys walking on a sidewalk and suddenly crossing the road while answering a text, not even seeing a car coming,” he said. “We’ve released a product that uses an algorithm to track a pedestrian and, basically, we have a spotlight that follows them when they cross the road.”

All these innovations, Figueiredo will proudly tell you, are developed by a Brazilian, a Russian chief technology officer and an altogether diverse team. The company’s Woodbridge office is a decent approximation of the makeup of the United Nations, he said.

The work it has done was given one of the highest recognitions possible in October. The company was one of the 28 organizations given the President’s “E” Awards, which are delivered by the U.S. Secretary of Commerce.

“For us, being recognized as a top exporter validates what we’re doing today,” Figueiredo said. “It has been an interesting path since starting this company to getting to where we are today. Hopefully, there’s much more to come as we open up in more markets domestically and abroad.”