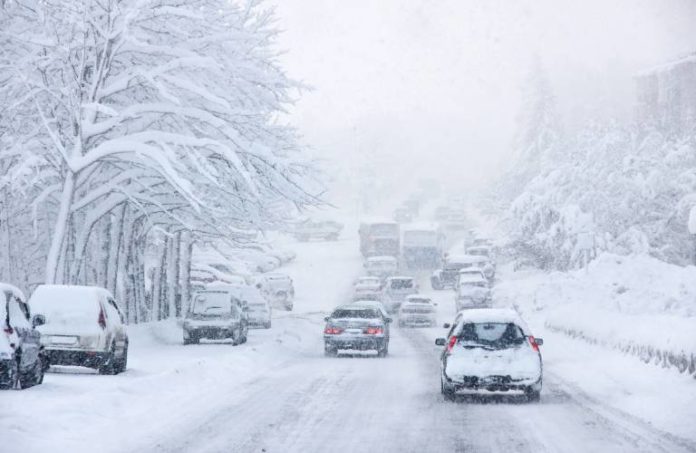 In a time when a state of emergency is the norm, Gov. Phil Murphy explained how New Jersey is addressing the impending snowstorm — which could dump a foot of snow or more and bring heavy winds to the state.

Murphy, speaking Wednesday morning, said all state offices were set to be closed at 1 p.m., with a state of emergency going into effect at 2.

“That restriction is in place along our interstate highways,” he said. “It does not apply to the (New Jersey) Turnpike, the (Garden State) Parkway up to Exit 105, or the Atlantic City Expressway.”

Murphy warned there could be intense accumulation.

“This storm is bringing with it the potential for at least a foot to, perhaps, 18 inches of snow across the I-78 corridor and north, with localized accumulations of even more in the higher elevations in the northwest corners of the state,” he said.

The governor also noted that, in Central Jersey, the snow could mix with sleet and become heavier. South Jersey could be spared some of the more major accumulation and experience more of a mix or just rain.

Unfortunately, snow is just the half of it.

“Precipitation is only one concern that we have with this system,” Murphy said. “We also anticipate strong winds throughout the evening and overnight, with 30-40 mph winds possible inland and 50 mph gales possible along the Shore.”

The state predicts this wind could cause snow to blow around and contribute to hazardous driving conditions. In anticipation of this, emergency weather vehicles have been strategically placed at areas all throughout the state.

Murphy is hopeful that the preparations for this past Monday’s snow will help today, and also announced the restrictions to help protect New Jersey’s roads.

With all the restrictions and preparations, Murphy is hopeful that the state is properly prepared for the potential scope of this storm. He also noted that the normal rush hour traffic that would make transportation difficult may not be as much of a concern this time around.

“(The storm) will be coming in throughout the afternoon and into the evening,” he said. “Because so many people are currently still working from home and so many students are on remote learning, we do not anticipate the same after-school and rush-hour issues that we would otherwise see from a storm with this timing.”

Still, downed trees, difficult driving conditions, power outages and all the other telltale signs of a winter storm are expected.  Murphy encouraged residents to visit ready.nj.gov for live updates on all things related to the state’s emergency preparedness.

Murphy said the state is reporting 5,803 new COVID-positive case for a cumulative total of 415,075. In hospitals across the state Tuesday, 489 COVID patients were admitted, while 451 others were discharged.

Murphy also reported a staggering 91 deaths that have now been confirmed to be from COVID-19 related complications. That makes 16,095 lost lives in total, with an additional 1,908 probable deaths.

EPA honors 9 N.J. businesses as ENERGY STAR Partners of the...