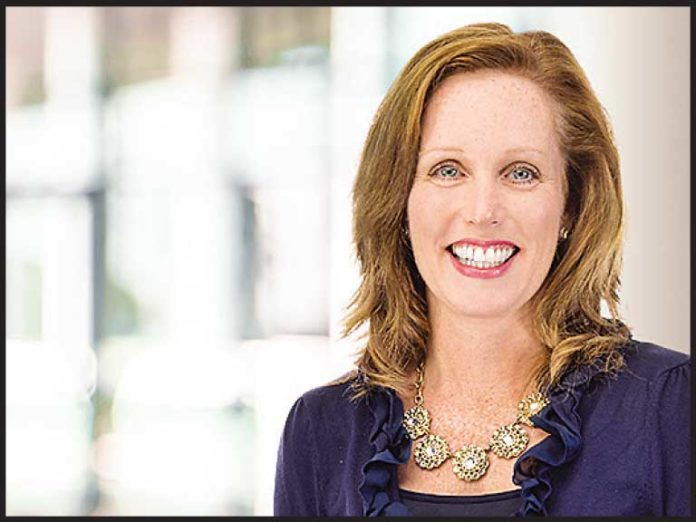 Everyone has their thing — the one criticism they’ll do anything to avoid. Some can’t have a messy desk. Others never want to be known for being late. For Diane Wasser, the partner-in-charge of EisnerAmper’s top New Jersey office, in Metropark, it was something in her home life.

Her kids now are past the carpool stage of their life, but the idea of having that type of flexibility in your schedule — the ability for people to be present in their kids’ lives, Wasser says — has stayed with her.

And, if COVID-19 has brought one positive to the workplace — and she says it’s hard to find a silver lining in such a dark period — it’s that offices can adjust and adapt, and still get their work done. They can be flexible.

“I think the hecticness of work-life balance has changed and maybe leveled out,” she said. “The work-life balance challenges are still there, because you have no separation — and no wind-down time in the car or on a bus or on a train coming home.

“But, I also think, when people step back, they see the little gems that are hidden here. I can’t say how many people who have said, ‘I never had dinner with my family,’ or, ‘I never got to tuck my child in at night.’ So, although there’s still a work-life balance struggle, I think it’s less hectic and people are more present for things that they realize they really value.”

Wasser discussed all of this and more with ROI-NJ in a recent interview for the Interview Issue, our annual year-end give-and-take with some of the most inspiring and intriguing people around the state.

ROI-NJ: You take over as partner-in-charge of the Iselin office on Feb. 1. About 5-6 weeks later … well, you explain.

Diane Wasser: March 13. That’s when we all left the office. Of course, at the time, we all thought it was just going to be for a few weeks.

When I look back at that time, I realize how, seemingly overnight, we put 1,900 people remote. The technology was flawless. It was safe and flawless. We were having leadership calls every day in the beginning: Saturday, Sunday, Monday, Tuesday. It was just a constant adrenaline rush and a lot of stress, because we’re all very much used to having some sense of certainty — and there was none.

Everyone was vulnerable, including me.

ROI: Doesn’t sound like the ideal way to start a new role. How did you cope?

DW: In the beginning, I just sort of threw the job description out the window. It really became a job where, on a daily basis, I used every maternal instinct that I had. I was on the phone, having weekly partner meetings, but I also was reaching out to the people that I used to sit around with. It was kind of a comfort mechanism. But I was also learning about a lot about what people needed and what they were going through.

So, in a way, even though there’s nothing good about it, it eased me into a role in a way that you would never have imagined. It was a really good way to make sure I was communicating and connecting with the people that I needed to. And then, together, we figured it out.

“Danny DeVito: Let’s go with the person I think is interesting and funny. I’m proud that Danny DeVito is from New Jersey. I love his movies and ‘It’s Always Sunny in Philadelphia.’ You just have to love Danny DeVito.”

“New Jersey tomatoes: I just think they taste better than any other tomato you can possibly get. It has to be the dirt, but they’re second to none. I like it on a sandwich alone. Sometimes with ranch dressing. I put tomatoes on toast with a little salt and pepper. I make tomato salad. I make tomato mozzarella and tomato and basil. And I have a really good salsa recipe that I enjoy making, too.”

“I would look at it like an accountant. We’re one of the least business-friendly states. We’ve got these tremendously high tax rates, high property taxes — and, now, you can’t deduct them. I would ask for accountability to find out where all the money’s going.”

ROI: Your office is pretty big. Was it a challenge to get that many people organized and together?

DW: It actually made it easier to bring people together. I could get all my service-line leaders on a call pretty much at the drop of a hat, because they weren’t going anywhere. So, they could do it at 3 o’clock. They could do it at 4 o’clock.

And we do it with our cameras on, to keep the visual nature of communication going. It’s something I am a huge fan of. I think that people always should have their cameras on so you can really see their facial expression and engagement. It’s not like being in person, but it’s the next best thing.

ROI: Where does the office go from here?

DW: We have teams that have been going into the office since Aug. 24, when we did what I’ll call a soft opening. There’s a small amount of people that really felt like they were much more effective and efficient in the office, but it was less than 10% of people. So, for the people who opted to go back, we do it in six-week cycles. We keep them in cohorts, and then we see if anybody else wants to go. We’re maybe around 15%, but I don’t see that changing very much.

We’ll see how it goes. I can’t see anyone saying, ‘I never want to go to the office again.’ Maybe there’ll be a few. But, most people, I think, are going to really want that flexibility so much that maybe they’ll give up that office or that cube that they worked so long to get.

ROI: There’s that ‘flexibility’ word again. Let’s talk a little more about how that has shaped your career.

DW: I personally had a flexible schedule for about 20 years when my children were growing up. Even through high school, I wanted to be present. So, I really made my life designed around that, and the firm supported me to do that.

I think EisnerAmper does a great job of allowing people to have alternative work arrangements — and I think that’ll be even greater in the future and we will be better for it. We will make certain portions of our offices more collaborative, because I think, when people are going to be in the office, it won’t be every day, but it will be because it’s a day when they want to collaborate on something.

I think everybody finds their own way. And, what we’ve learned from this, it’s that people are more amenable to somebody else’s way.

ROI: Finding your way. That could be the title of anyone’s journey in the workplace. But perhaps more so for women, who seemingly face different challenges and expectations. As a woman who has navigated that journey to great success, how do you help other women do the same thing?

DW: Throughout my career, I’ve had a lot of people ask me about work-life balance. I just think it’s about balance. And life. Because we’re so connected to everything.

When people come off maternity leave, I really encourage them not to look at one day or one week at a time, because you will feel off-balance. It’s just life at that point, it’s balancing life.

ROI: The challenge is tough. I know a lot of accounting studies show there are actually more female accountants than males in their 20s, but more males than females in their 30s. How do fix this?

We want our people to stay at EisnerAmper. We want them to flourish. We want them to be the best that they can be. I think, for women, there could be a sense that, ‘I don’t want to ask that. I don’t want to be needy,’ when we want our employees to communicate so we can accommodate as many diverse people as we can. Because the best teams are made of a lot of diversity.

ROI: The best teams, of course, can pivot. It sounds as if EisnerAmper was able to do that with COVID-19 and virtual work. Now, there’s another challenge ahead. A new administration. A new party. A new philosophy. How is your group preparing for the changes that certainly will come under President-elect Joe Biden?

DW: We flood ourselves with information. We had a partner meeting recently where we had a lobbyist speak to us so we can understand what’s really happening on (Capitol) Hill and how the accounting profession will be impacted. We act like a sponge, we take it all in, and we try to be ready to communicate and support as soon as any new regulations come out.

We don’t wait until the regulations come out. We’re ready now. Our tax people are already prepared for anything that could happen.