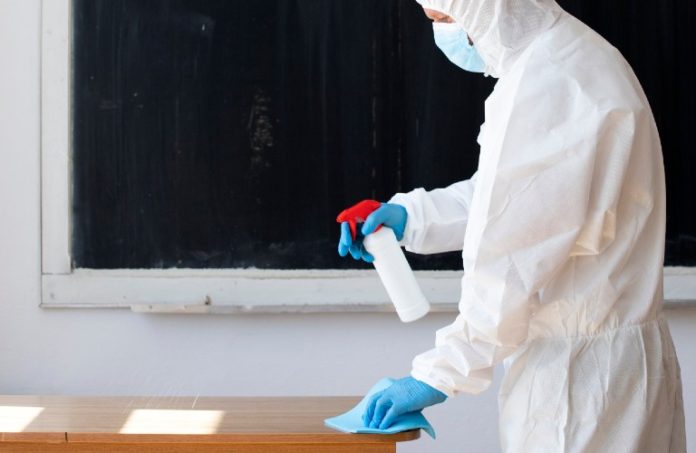 Only 82 schools were open for all in-person instruction this week — and that may be a good thing.

While the majority of school districts (682) are either doing all-remote or a combination of in-person and remote learning this week, Gov. Phil Murphy said the transition — and the timing — could lead to safer schools.

“We do believe that at least some of the transition to all-remote learning over the past week has been timed with the fact that our schools will close for winter break,” he said. “Closing buildings for the extended (break) might allow some districts to undertake a full cleaning regime.”

With the increase in districts operating remotely, the digital divide remains an important issue to Murphy and his administration. Currently, there are 14,349 students that lack either devices or internet connectivity necessary for remote learning. This is down 54% from last week’s number, and 94% from the initial estimate made in the summer.

Murphy, speaking at his COVID-19 press briefing, was joined by the commissioner of the Department of Education, Angelica Allen-McMillan, who helped him announce that 10 school districts are receiving a total of $10 million in Preschool Education Aid to implement or expand quality pre-K programs.

McMillan applauds the schools for their efforts in applying to this program.

“Applying to join New Jersey’s state-funded preschool program is a difficult task under normal circumstances,” she said. “These school districts have had the foresight to look beyond our current emergency and embrace the benefits of expanding or establishing preschool programs.”

Murphy loves this program, saying that it is crucial to get kids started as soon as possible.

“There is no better investment within the realm of education than getting kids into our flow at a young age,” he said. “The payoff is extraordinary. If you speak to the folks who are leaders in the communities where we have preschool and we’re expanding, it becomes yet another magnet for those communities. I can’t wait until the entire state has it.”

New Jersey is reporting 3,186 new COVID-positive cases, for a statewide total of 435,763 since the pandemic began. Additionally, 306 COVID-19 patients were discharged in hospitals yesterday, while 376 others were admitted.

An additional 29 deaths have now been confirmed to be from COVID-related complications. This puts the total at 16,315 lost New Jerseyans, with 1,908 other deaths classified as “probable.” Murphy said 56 patients died in hospitals Sunday, but their results are awaiting lab confirmation.

Murphy also announced that he is signing two executive orders. The first extends the public health emergency for another 30 days and the second moves February fire elections, March special school elections and all other special elections to April 20.

“They will coincide with the regular April school board elections for those districts that still hold them,” Murphy said. “We are doing this because moving these elections to a single day better conserves the time and resources of our local election officials.”

Murphy continued to say that his administration has yet to make a call on whether these elections will be in-person, vote-by-mail or some combination of the two.

“A final decision (on voting methods) must be made by mid-February,” he said. “We want to be able to make that call based on where the numbers are and where we think they’re headed. Not only at that time, but going forward.”

In terms of the extended health emergency, this must be extended every 30 days to avoid expiration. The governor has announced similar emergency executive orders every month since March.

“The next two weeks are really critical. We can’t put it more plainly — this is not the year for Christmas as usual or New Year’s Eve as usual. Please, even though I know we all want to, do not hold a large, indoor family Christmas gathering or indoor New Year’s Eve party. We cannot take the risk of one or both of those celebrations leading to a spike in new cases or hospitalizations. The anecdotal evidence is that, overwhelmingly, folks did the right thing when celebrating Thanksgiving.”