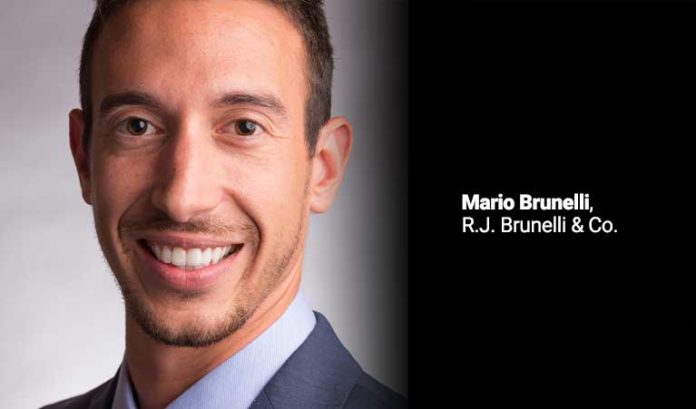 R.J. Brunelli & Co. LLC announced that Mario Brunelli has been appointed vice president of investment sales and development site acquisitions, as well as a principal in the retail real estate brokerage.

Brunelli, 32, most recently served as an investment sales specialist/sales associate at the Old Bridge-based firm. As a licensed real estate broker in New Jersey and Florida, he sold more than $100 million of commercial properties in those states during the last five years alone. Those deals, which included a number of 1031 Exchanges, ranged from neighborhood shopping centers to single-tenant net-leased properties occupied by such tenants as Auto Zone, Dollar General, Dollar Tree, Family Dollar, 7-Eleven and Walgreens. 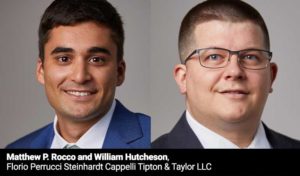 Prior to joining the firm, Rocco worked as an intern at the federal prosecutor’s office in Newark. During his internship, he worked on cases involving fraud, embezzlement, money laundering and criminal conspiracy. Rocco is a graduate of Rutgers Law School at Newark, where he was an associate editor on the Rutgers Law Record. He received his bachelor’s degree from the University of Wisconsin at Madison.

Hutcheson began his legal career as a law clerk to Superior Court Judge H. Matthew Curry in Warren County. During law school, he enrolled in numerous courses that incorporated international cultural immersion sessions. This allowed Hutcheson to travel to France, Germany, Lichtenstein and Switzerland to gain new perspectives on the law. Additionally, he worked with Syracuse University College of Law’s low-income taxpayer clinic and served as a mentor to international students pursuing their LLM degree in American Law. He graduated from Syracuse University College of Law and earned a Bachelor of Science in Finance from Pennsylvania State University – Harrisburg. 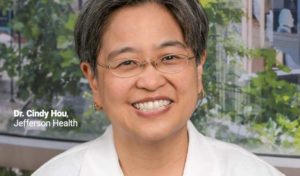 Jefferson Health Infectious Diseases specialist Dr. Cindy Hou has been honored as Researcher of the Year by the American College of Osteopathic Internists, a national professional organization dedicated to promoting the principles of osteopathic medicine. ACOI bestowed the honor during its Annual Convention, held virtually this year.

Each year, physicians are chosen from a pool of ACOI members nominated for their accomplishments and activities. Winners are selected by the ACOI Honors and Awards Committee based on specific criteria for each award, which include Researcher of the Year, Internist of the Year and Teacher of the Year. The awards, typically presented in-person at the organization’s Annual Convention, were instead bestowed this year during the Fellows Convocation at the virtual event.

To qualify for Researcher of the Year, a physician must demonstrate a major contribution to clinical or basic research related to osteopathic internal medicine, which may include: 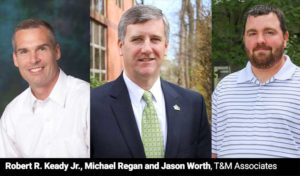 These leadership changes occur as the company is refreshing its 5-year strategic plan.

“Internal succession and promotions build upon the foundation while allowing the company to evolve and grow,” said Gary Dahms, T&M’s CEO and president. “Rob, Mike and Jason have been dedicated drivers behind our strategy of building sustainable, profitable growth, and will provide invaluable direction in each of these positions.”

CBRE announced it has hired three new associates to expand the firm’s presence across the industrial & logistics, office and retail sectors in the greater Philadelphia region, including South Jersey. The three new associates include Abraham Kromah, Kate O’Brien and Christopher Giovanisci.

“CBRE continues to invest in new talent and these three new hires will bring market expertise across the industrial & logistics, office and retail lines of business,” said Adam Mullen, market leader for Greater Philadelphia. “These extremely talented, diverse group of professionals will allow CBRE to continue to offer our clients exceptional results, even during these unprecedented times in our industry.”

Collagen Matrix Inc., a leader in regenerative medicine and a global manufacturer of collagen- and mineral-based medical devices, announced the appointment of Daniel Ammon as vice president of research and development and Aaron Henceroth as vice president of project management and supply chain, adding two industry leaders experienced in bringing innovation to life. Collagen Matrix is a portfolio company of Linden Capital Partners.

Ammon joins Collagen Matrix with nearly 30 years of experience in research and development for medical devices. He most recently served as global vice president at Dentsply Sirona, where he led R&D for the dental materials portfolio. Henceroth joins Collagen Matrix with over 17 years of experience in progressive operations and supply chain leadership. Most recently, he served as chief of operations in training at Dewolff Boberg & Associates, where he partnered with C-suite clients at leading public and privately held companies in executing continuous improvement and growth initiatives focused on organizational development.

Vonage, a global leader in cloud communications helping businesses accelerate their digital transformation, has named Rinaldo Huriptyo as vice president and general manager of Canadian markets for its Applications Group.

In this role, Huriptyo will oversee Vonage’s field sales, channel and alliances teams throughout Canada, building on the company’s existing presence within the region by reinforcing Vonage as a global leader in cloud communications helping organizations accelerate digital transformation.

Lawrence S. Feinsod, executive director of the New Jersey School Boards Association, announced that Jonathan Pushman has been named director of governmental relations for the association. Pushman joined the NJSBA staff as a legislative advocate in 2013.

“Since he joined the NJSBA staff, Jonathan has earned the respect of his colleagues, the NJSBA membership and governmental decision-makers,” said Feinsod. “We look forward to his leadership of the Governmental Relations Department.”

Bader and Sheppeard have been practicing together for nearly two decades, combining their experience to offer a full range of legal services and often acting as outside general counsel for their domestic and international clients. Notably, the pair has significant experience in assisting their numerous clients based in Asia with expansion into U.S. markets and vice versa, particularly in the areas of franchising, licensing, distribution, and international trade.

Bed Bath & Beyond Inc. has appointed Rick Wilkins as regional vice president for the West region. Wilkins will report directly to Gregg Melnick, executive vice president and chief stores officer, and will play a key role in the planning and execution of the Union-based company’s store optimization strategy.

Wilkins will oversee operations for approximately 300 of Bed Bath & Beyond’s retail stores across 20 states, and execute the previously announced store optimization plan as the company continues to enhance its digital-first, omni-always shopping experience online and in-store.

Once pest-control business, WorkWave has grown into software firm — with...