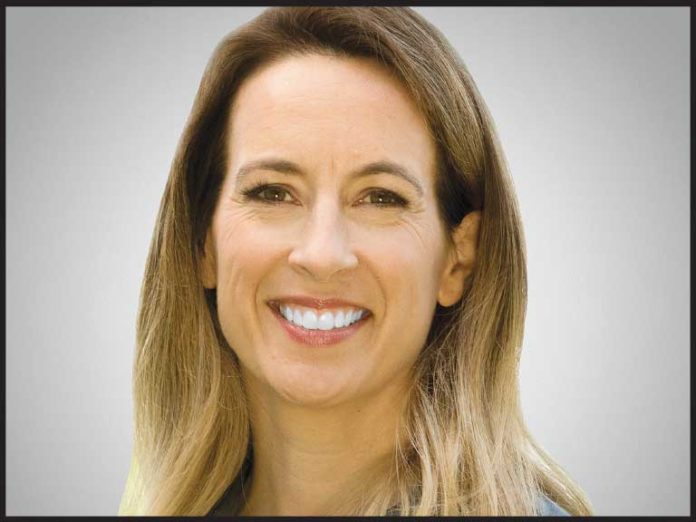 U.S. Rep. Mikie Sherrill’s first two years in Washington came during a Congress that was perhaps unlike any other in our nation’s history.

Her class arrived in the middle of a government shutdown (remember that?), went through an impeachment and a national reckoning on racial equity and justice — and it continues to be challenged by a global pandemic and a sitting president who refuses to accept his election defeat.

In November, Sherrill was handily elected to a second term as New Jersey’s representative from the 11th Congressional District, which encompasses a lot of Essex and Morris and parts of Passaic and Sussex counties. She said she is eager for the 117th Congress, which will begin Jan. 3. She is hopeful Congress can get a lot done that would directly impact the state.

“A lot of the legislation we passed in the House, I’m hoping that, with President Joe Biden, we can get it passed through the Senate and signed into law,” she said. “I’m talking about the Gateway Tunnel project — and not having to legislate around every roadblock that the secretary of transportation puts in.

“We’ve passed legislation getting rid of the state local tax deduction cap three times. I’m hoping we can find a vehicle to get it through the Senate, so that we can get the president to sign it into law.

“And then, of course, having a president who is going to address health care and this pandemic, making sure that we have a plan to get people through the finish line, is really the key.”

Sherrill discussed all of this and more with ROI-NJ in a recent interview for the Interview Issue, our annual year-end give-and-take with some of the most inspiring and intriguing people around the state.

Here’s a version of the conversation, edited for space and clarity.

ROI-NJ: Let’s start with a recap: Gives us the good, the bad, the ugly of your first term in Congress.

For those who came in from areas other than government, it really didn’t make sense. Imagine a business just deciding it wasn’t going to do a budget and just shutting down. That was incredibly frustrating, especially because I’ve been a federal employee and I know firsthand those meetings that take place, with people saying: Here are the banks that might lend to you.

ROI: Those collisions — and frustrations — kept coming. What positive came out of the experience?

MS: We had a president who flouted a lot of the norms — and in some ways good, and in some ways bad. But we also had one of the most diverse freshman classes coming into Congress. People that were not coming from backgrounds as politicians. And I think those two things have really made people realize that we need to operate in a different way.

I think a lot of people were looking at the perceived wisdom of, ‘We always do this, because we’ve always done this,’ and saying: ‘Why are we doing this? And can we do it better?’ A lot of that is going on now, so there are a lot of opportunities. I think it’s an exciting place to be right now, because I think so many different things are on the table that probably haven’t been addressed for the last several decades.

“Mark Kelly: I’m a little biased, because he comes from my district, down the street in West Orange, and he’s a Navy veteran. And an astronaut. He and his wife, Gabby Giffords, supported me with the Giffords Group, which works hard for gun safety legislation. He’s now continuing that public service as a U.S. senator from Arizona.”

“I love Taylor ham. I had not had it before I came to New Jersey, and now it’s something that I love. On Easter morning, my husband makes ‘Eggs Montclair.’ It’s basically Eggs Benedict, with Taylor ham instead of Canadian bacon. I recommend it.”

I was told early in my military career that it doesn’t matter if you have military leaders who are women or minorities, you just follow good leaders. Even at that time, in my 20s, I knew that was ridiculous. Of course, I had fantastic military leaders who were men. But the way they comported themselves, if I started to act like that, people would say, ‘What is going on with you?’

And, early on in my law career, you wouldn’t enter a courtroom without heels, pantyhose, a skirt and a suit jacket. No pantsuit. I remember thinking: ‘What’s going on here? This feels very 1950s.’

This is what happens when you don’t have enough women at the table.

ROI: How can women change these perceptions?

MS: I think having more women in Congress will make people get comfortable with different styles of leadership. It’s critically important for young women to have role models who are bringing a new view.

It’s why I feel it’s so important to advocate for working parents right now. I know, firsthand, in a way many people don’t understand, how hard it is to have children at home who you’re trying to home-school and get your work done.

There are so many ways that having women leaders is critically important. I always joke that, if you’ve ever been a mom, then you know how to build consensus — because you’re constantly coming to compromises over who gets to eat the last cookie.

ROI: Consensus. That’s an interesting word in Congress these days. Everything seems to be split on party lines — and split among two parties that are more divided than ever. How do you overcome and reach across the aisle?

I was just reading an article on the economies of Europe and why the United States is so much better positioned. And a lot of it has to do with our immediately finding the political will to really prop up the economy during the crisis so that, when we’re ready to stimulate the economy, when we get the vaccines out, when we get people back to work, we still have those jobs.

It’s incredibly frustrating because we should have already passed another piece of coronavirus legislation. I think there was some real missed opportunity before the election.

ROI: This sounds great. But politics are in play, too. How do you resist simply going along with your party?

MS: I think it’s critically important that, as you’re making decisions, you have something that you can anchor yourself to. For me, that’s what is best for New Jersey. A lot of times, when there’s tough decisions, you have to say: ‘Is this going to best serve the people that I’ve been elected to serve? Is this going to fulfill my oath that I took?’ And, sometimes, the answer, even if your party is pushing you very hard, is, ‘No.’ And I think there are just too many people in Congress that fall victim to that pressure.

Sometimes, there are tradeoffs. You’re in a legislative body where, by nature, compromise is king. If you want something, you have to find those partners — and, sometimes, you have to craft solutions that aren’t exactly what you had at the start. To be an effective legislator, you have to come up with those compromises. But you can’t get accustomed to that, you can’t stop fighting for what your district and your country needs.

“If I could wave a magic wand today, it would be to make sure that we had all of our schools set up with safe filtration and Plexiglas, if need be — whatever it takes to get our kids back in school. I think adults have been surprised at how well we’ve been able to transition our work online and learn to communicate a new way. It’s not the same for students.

“My kids have not been in-person in school since March 12. And it’s about more than just education. When you think back to your own high school experience, it was also about being at the locker area between classes, the after-school activities or just lunch, the times when you’re just hanging out. That’s all being missed by our students right now. It’s really sad for them.

“And it has been so striking to me about how many of the advances women have made in the workplace are being undermined as they try to cope with trying to work and trying to home-school children. I can tell you from my own experience, it’s not easy. It’s certainly not going well in the Sherrill household. I have four school-aged children (third through ninth grade). So, this would be the priority.”

There are really are too many people who just sort of knee-jerk do whatever it is the party decides is best. And I think that harms what a legislative body is supposed to be. It’s supposed to be where we come up with the ideas from all parts of this country and come to the best solutions.

ROI: Which takes us back to New Jersey — and the business community. What can you do in Washington to help people here?

MS: Helping small business is more important than ever. I don’t think people in New Jersey realize how hard our small businesses have been hit. I think the realization is going to come when we fully reopen the economy and find that the mom-and-pop store on the corner that’s been there forever is no longer there. And that our favorite restaurant is not reopening.

All businesses are struggling, which is why one of the first things we did was focus on small business relief, (Paycheck Protection Program) funding and loans. And, yes, there were real hiccups. So, we held quite a few small business roundtables and small lender roundtables, to try to assess the concerns.

We were able to fix some of the legislation that addressed some of our businesses here in New Jersey, but business is still struggling. That’s why I’ve been advocating to focus on getting another round of PPP funding, and another round of aid for states. It feels like, if we could get just one more large round of funding, it could put us in a really good place to get people through.

It feels like the finish line is in sight because of the good news we got on vaccines. But we do need to get people to that finish line.

ROI: Where’s the starting point of that race?

MS: I think getting kids back to school is the key to reopening our economy. That has to be a focus. I think that the nation is starting to realize that maybe we have had some priorities wrong. We want to get restaurants and bars and health clubs open, but the people running those need their kids in school. That has to be a key focus as we’re trying to reopen our economy.