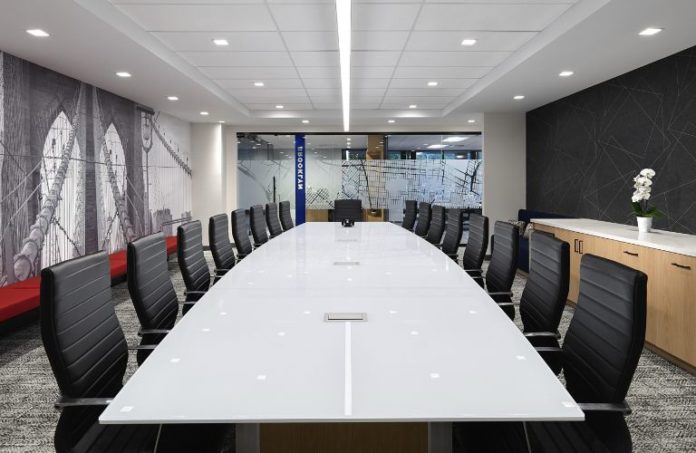 The Ware Malcomb design firm announced that construction has been completed on Key Food’s new corporate office in Old Bridge.

The firm said in a news release that the project at 100 Matawan Road has been finished; it provided interior architecture and design and branding services.

The independent supermarket co-op moved from Staten Island to two floors of the Class A office building, with over 38,000 square feet of space including executive suites and a test kitchen. Other features include a reception area, offices, conference rooms, fitness center and breakrooms, and more.

“The new corporate office was designed to promote Key Food’s strong company culture and tell a story throughout the space,” Marlyn Zucosky, director, interior architecture & design, for Ware Malcomb’s New Jersey offices, said in a prepared statement. “Ware Malcomb focused on creating a space offering productivity and efficiency throughout the departments for their growing team, while upholding the innovation and values of Key Food.”

Sayreville-based Unity Construction Services Inc. was the general contractor. California-based Ware Malcomb’s New Jersey office is in Newark. CBRE was the broker and project manager on the project.

Kislak announces sale of 4 properties in Monmouth County for $12.6M

Rent control is not affordable housing