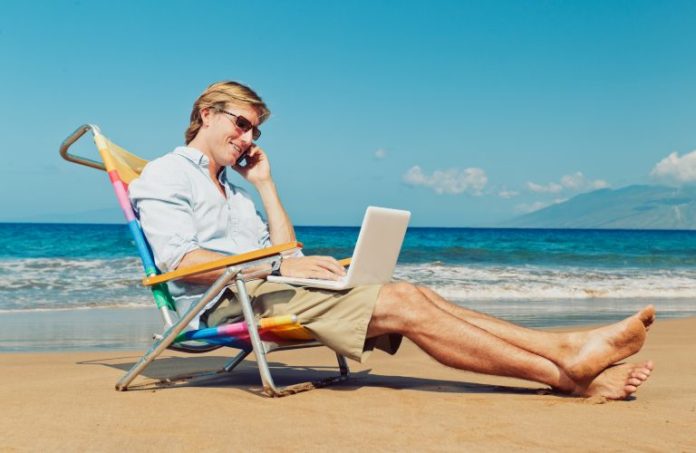 When the state of New Jersey filed an amicus brief Tuesday in support of New Hampshire’s position in an interstate tax dispute with Massachusetts — one which essentially asks why its residents are still paying taxes in Massachusetts if they no longer work there — the thoughts of state Sen. Steve Oroho turned to Hawaii.

Of all the states that could join the brief — of all the areas of the country where citizens (used to) work in one state but now work-from-home in another — Oroho (R-Sparta) thinks Hawaii is the state that should support New Hampshire’s efforts the most.

“Think about it,” he said. “Tourism is shot in Hawaii. Who knows when it’s ever coming back?

“Hawaii is now trying to market itself as the work-from-home state, trying to lure workers — who suddenly can work from anywhere — to work from there. And, when they do, Hawaii is going to want them paying their taxes to Hawaii, not to a faraway state they never set foot in.”

Oroho, as he always does, has a solid point. And it could be the key to New Jersey getting a windfall in new tax revenue.

“And that may be a little low,” Oroho said.

It only gets better, Oroho explained.

New Jerseyans not only would pay less in income taxes — since the state’s rates are lower than New York’s — the tax money they would now pay to New Jersey is constitutionally dedicated to the state’s Property Tax Relief Fund, which supports school funding, municipal aid and rebate programs.

Oroho loves to count the ways. It would go into the pool of revenue that pays for schools, pays for services, pays for veterans benefits, pays for … wait for it … the teachers’ pension, he said.

“This is a billion dollars of year that could go to all of that,” he said. “This could be the biggest, one of the biggest, property tax relief things that we’ve ever been able to do.”

The good news: This isn’t a Republican issue. It’s a common-sense issue.

Sen. Paul Sarlo (D-Wood-Ridge), the chairman of the Senate Budget and Appropriations Committee, calls it a fairness issue.

“The pandemic has changed the employment landscape in ways that will not change back for many workers and businesses,” he said. “Many former commuters who are working from home for health reasons during the coronavirus crisis will continue to work completely or primarily from home after the shutdown’s end.

“The tax laws should respect the ‘new normal’ for the workplace and the taxpayers should be treated fairly.”

Oroho feels New Hampshire has a legitimate shot to win the case.

“How can you be required to pay for services you’re not using?” he keeps asking.

But, even if New Hampshire loses, Oroho feels New Jersey still has two other options. The first is making it easier for companies to set up New Jersey offices.

The second is to go Washington. Oroho wants our federal delegation to talk with all the other states in this same situation.

“There will be plenty of them looking for this extra tax revenue,” he said.