Home Health Care When will Murphy get vaccinated (not anytime soon) and when will mega...
Facebook
Twitter
Linkedin 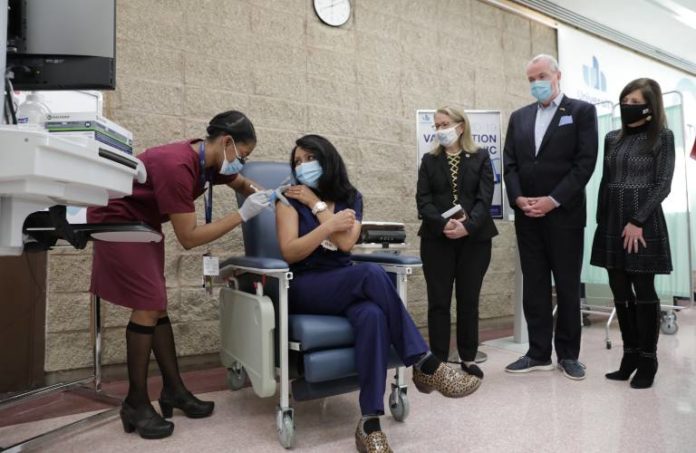 While many elected officials across the county are getting the COVID-19 vaccine — even those who seemingly acted in a way that downplayed the threat — Gov. Phil Murphy said he and the state’s other top officials will not be getting a shot anytime soon.

Or, at least, not before those on the front line of care get vaccinated.

“We want the folks who are truly frontline health care workers, long-term care residents and staff (to go first),” he said earlier this week. “There’s a reason for that rhythm. There is a reason for that priority. And I would say, with all due respect, folks like us are not on that list.”

Murphy said he understands the potential good he could do symbolically by getting a shot — but he said such public good does not supersede the rules of supply and demand. He said it was just common sense.

“There’s an enormous supply/demand imbalance right now,” he said. “And I recognize, as role models, public officials, however you might describe us, that there’s some benefit to being seen to be taking it — which is a point I think we also accept. But, when there’s a supply/demand imbalance as great as it is, and you still have not gone through health care workers, long-term care residents, essential workers, folks meaningfully older than we are, I just can’t justify it.”

Murphy also said the state was moving ahead with the creation of six mega vaccination sites across the state, which Murphy has said he hopes will be able to vaccinate approximately 2,400 people a day.

Murphy said the sites will be used to handle whichever part of the population is scheduled to get the vaccine.

“They will exist at that point for the populations that are, at that moment, up to bat,” he said. “So, for instance, if it’s Jan. 15, and we’re still in 1A, as I suspect we will be, it’ll be for health care workers, and whatnot.”

Murphy said the state will give guidance on who is eligible before the centers open. Currently, they are scheduled in these six spots: