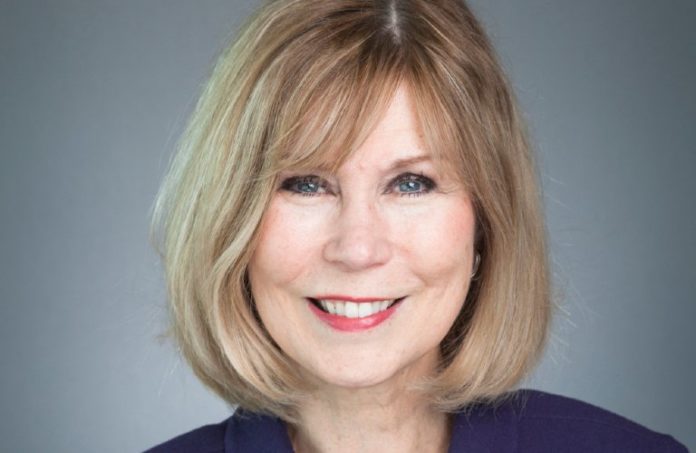 PNC Bank Regional President Linda Bowden has a good analogy when she talks about what it was like for the banking industry to prepare last spring for the first iteration of the Paycheck Protection Program — a time when banks had to build the technological infrastructure while they were attempting to implement a program that was the key to survival for many small businesses.

“It was like changing the tire on the bus while you were going down the road,” she said.

Bowden said the experience brought PNC employees closer to their customers — as well as each other.

“We were all up until midnight or 2 a.m. scrubbing applications, making sure applications had everything they needed so they wouldn’t get kicked back,” she said. “It was a time when you were glued to your computer and your phone. I think it changed our relationships externally, but also internally.”

And then, there’s this: PPP was just one way in which the entire industry seemingly changed overnight, Bowden said.

Bowden, who announced her retirement last fall and transitions into her role as outgoing regional president for the next six months starting Monday, said she is thrilled that COVID-19 vaccines are now available and confident the industry is ready to handle the coming round of PPP. She also said she doesn’t feel the industry will go back to the way it was anytime soon.

“That’s implying that 2021 is ever going to be normal,” she said. “Until people are vaccinated, who knows what’s going to happen? We do not anticipate any kind of normalcy for at least six months. It is going to be challenging.”

The connection of the banking industry to small business became more apparent than ever since the COVID-19 pandemic first gripped the state last March. That’s why, as we prepare for 2021, ROI-NJ reached out to Bowden, one of the best-known and well-respected industry heads in the state. And someone — in her role as chair of the executive board of the New Jersey Chamber of Commerce — who is as visible as any leader in the state.

Here’s a look at the conversation, which has been condensed and edited for length and clarity.

ROI-NJ: Let’s start with PPP. Another round has been included in the long-awaited and finally signed stimulus bill. Talk about tackling the challenge now, as opposed to last spring?

Linda Bowden: We’re so much better prepared. And when I say, ‘We,’ I mean the banking industry as a whole. I’ve talked to a lot of my counterparts. We had to build the technical system the first time, so we are so much better prepared now. There’s no question about it. I just think there’s a lot we’re a lot more sanguine about our ability to administer this as an industry. And don’t forget the SBA, putting aside the banking component. The SBA, God bless them, was being asked to do something it had never done, either.

ROI: The PPP rollout was such a defining moment in the pandemic for business owners. There was such hope for what it would bring — and such consternation about the process. What was it like to be in the middle of it?

LB: Every bank would tell you it was very harrowing. We had customers calling us who were frantic. I wish I had a dime for every time someone said to me, ‘My business is going to go under if I do not get this money.’ There was just high anxiety in the business community — especially the small business community, which is really is the backbone of who we are as a state, from a business perspective. So, there was high drama, high anxiety, but also high collaboration and communication.

I look back on that and ask myself, ‘How in the world were we able to get that up and running?’ And not just banks, but every entity involved in the PPP process. And we had just a couple of weeks to do what normally would have taken years.

It’s something I’m really proud of. And it’s something I actually look back on fondly, because it was all-hands-on-deck, and everyone pulled together and was excited about making sure we were getting customers what they needed.

ROI: And, in an industry that is driven by service and relationships, is it fair to say it was the beginning of a new relationship with your customers?

LB: Absolutely. And on so many levels. Let’s just start from a broad perspective: Our ability to connect with our customers on a personal level changed completely. Let’s be honest, none of us really had been on Zoom — and it wasn’t something that we were particularly efficient with. We had only vaguely heard of it. So, we had to very quickly adapt to a whole new way of connecting with our customers. That’s what we stand for: the relationship, the content, the connection and communication.

LB: I’m always interested in the psychology of our customers: what they’re thinking, what they’re needing, what they’re doing. Last spring, I was on the phone with customers every single day. A lot of them were very upset, because they were waiting for their money. I would call people just to say: ‘Let me tell you where we are. I don’t have any update, but just I want to tell you we’re on it, we’re watching for it.’

And, it was important to talk about everything. We needed to ask how everyone was doing personally. Sometimes, we’d be on the phone for an hour and it would just be about life.

ROI: Of course, that was with existing customers. A big part of banking is getting new customers. Talk about the challenges of doing that?

LB: Normally, we’d be out meeting people all the time. We can’t do that. So, we have to be creative to get prospects. We started to connect with regular economic forums, where, again, we had to figure out what worked and what didn’t work. Of course, we had our economists, and he or she would talk about the situation. But, what we quickly found was that all banks were doing this; so, how do we make it special? How do we make them stay on the line?

ROI: How did you do that?

LB: We’ve contracted with a brilliant sommelier, Andre Mack. So, we send our customers wine and a charcuterie, and we have Andre get on before the economist and talk about the wine they were drinking. It’s just one of the ways we are trying to ensure that we are being innovative enough and appealing enough that, not only would our clients come, but they would stay on the webinar.

ROI: These virtual connections have been a key to most businesses since the pandemic took hold here. Of course, at PNC, these virtual meetings serve another purpose: introducing your successor, Enrico Della Corna, who takes over as the new regional president today. He is not new to PNC (he’s been with the bank the past 31 years) or the area (his most recent role was Northeast regional executive for commercial banking). Talk about turning over the leadership role during a pandemic?

LB: First, let me just talk about Enrico. He is a very strong leader and he’s been a partner for years now. Everyone who has reported to him feels very strongly about him, respects him and enjoys working for him — but he’s also got a no-nonsense business sense, too. He’s just got that nice blend of the human quotient, but also a very strong eye on the bottom line.

Ever since this was announced in September, we really have been working very closely trying to bring him into everything. The challenge is going to be getting him connected with the state’s leaders. We have a list of people we have to get him in front of. But, it’s very different during COVID trying to integrate someone into the state. Normally, we would be having luncheons and receptions. Now, that means Zoom, which is fine. But it’s very different than shaking someone’s hand.

But, I think, because of who Enrico is — he’s very personable and he follows up with everyone — he’s already starting to build those relationships. It’s different. And we’re hoping that the spring is going to enable us to get together with folks outside. He’s a big golfer, so we’re hoping we’ll be able to get him out and meet groups that way, too. We’re going to do the best we can with the circumstances.

ROI: The best you can under the circumstances … that probably sums up the last year. But, we’ll give you the final word: When you look at PNC and the pandemic, how would you sum it up?

LB: Obviously, we’re running a business. But we’re running a business around people. So, we’ve had to make certain that we’re showing the proper empathy and, more importantly, processes that would work. I think people saw how we worked as hard as we can for them. And I think, ultimately, our intensity around them and our loyalty to them helped us solidify our relationships even more.