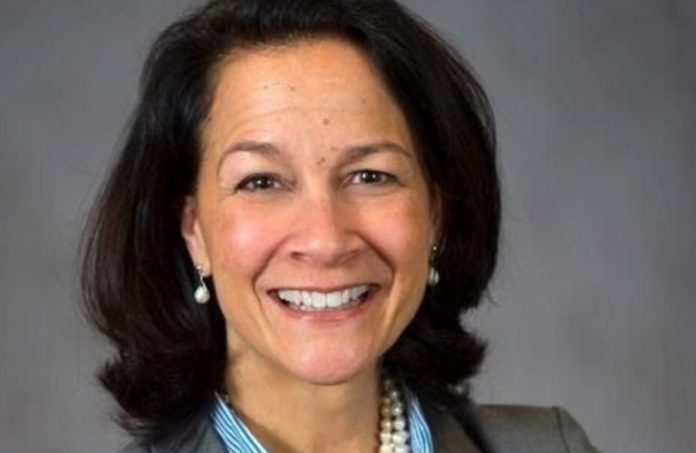 Jennifer Velez, long regarded as one of the top health care executives in the state, has been named chief impact officer at Shatterproof, a national nonprofit based in Norwalk, Connecticut, that is focused on transforming the delivery of care for those with substance abuse disorders, the organization announced Monday.

Velez will work out of New Jersey.

Velez comes to Shatterproof from RWJBarnabas Health, where she served as executive vice president, leading the health system’s interdisciplinary response to the opioid epidemic. Prior to that, she served for eight years as the commissioner of the Department of Human Services under both Govs. Chris Christie and Jon Corzine. She is on the board of the Hackensack Meridian School of Medicine.

“I am energized to join the Shatterproof team and to continue the momentum that they have been building to transform the addiction treatment system,” Velez said. “One thing we know for sure is that the pandemic has significantly worsened the already alarming rates of substance use disorder in the country, and I’m so excited to be part of the solution to address this growing crisis.”

As chief impact officer, Velez will focus on growing ATLAS, the addiction treatment locator, assessment and standards platform, which was launched by Shatterproof in July 2020. ATLAS is currently in six states — Delaware, Louisiana, Massachusetts, New York, North Carolina and West Virginia. Velez will lead the expansion of the number of both states and payers that adopt and meaningfully promote ATLAS in order to ensure that individuals and families can locate addiction treatment facilities that provide evidence-based, high-quality care.

She also will be charged with cultivating multisector relationships, including the substance use disorder stakeholder community, large employers and other national change agents, to advance common goals and the social change necessary to measurably improve lives.

Velez will report to Shatterproof founder and CEO Gary Mendell.

“Jennifer’s extensive health care background, combined with her innovative leadership and her commitment to our mission, will help Shatterproof continue to accomplish our goal to create systemic change in our health care system with regards to access and treatment for substance use disorder,” Mendell said.

Velez earned a B.A. in economics from Drew University and holds a J.D. from Rutgers School of Law, Newark. She was named one of the Top 25 Innovators in Healthcare by Modern Healthcare in 2019 and has been a regular on New Jersey power and influencer lists for health care over the past decade. Last year, she was named to the ROI Influencers: Power List for 2020.

She serves on the board of Drew University, where she is a member of the Executive Committee and chairs the Committee on Trustees and is a board member of the Hackensack Meridian School of Medicine, as well as New Jersey Future. She is a visiting associate of the Eagleton Institute of Politics and a former board member of Special Olympics N.J. Among a number of special awards, she received the Distinguished Alumni Award from Rutgers Law School in 2017, was the recipient of the 2015 Codey Award from Carrier Clinic and received the 2015 Spirit of the Arc award from Arc of New Jersey. In 2013, the Women Lawyers Association of New Jersey presented Velez with the Women’s Initiative and Leaders in Law Award.