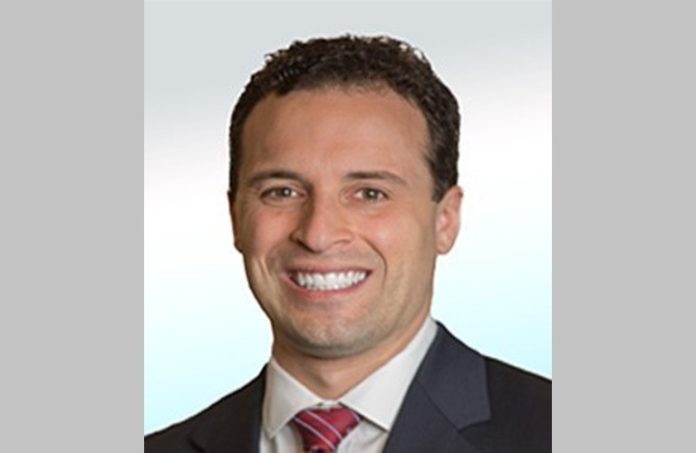 Anthony Anastasio has been named the new president of the New Jersey Civil Justice Institute, the organization announced.

Anastasio, an attorney and advocate with diverse experience in both the private and public sectors, said he hopes to continue the work of his predecessors and advance NJCJI’s mission of promoting fairness, justice and the rule of law in the state of New Jersey.

The NJCJI bills itself as the state’s leading organization advocating for the business community on matters of law and legal policy. Through legislative and legal advocacy, NJCJI aims to promote a fair and predictable civil justice system and defends the value of the rule of law in protecting innovation and fostering economic growth.

“In these difficult times, the New Jersey Civil Justice Institute’s mission of promoting fairness, justice and adherence to the rule of law is more important than ever,” Anastasio said. “I am therefore humbled and honored that NJCJI’s board of directors has selected me for the position of president to lead the organization at this time.

“As a result of the tireless work of NJCJI’s past leaders, Alida Kass and Marcus Rayner, the organization now enjoys a stellar reputation in both the legal and political communities. I intend to continue the hard work of my predecessors and build upon the foundation they created so that NJCJI can continue to pursue its critical mission in the challenging times ahead.”

Anastasio succeeds Kass, who left the NJCJI last fall to become the vice president and director, strategic initiatives, at the Federalist Society.

The NJCJI board of directors praised Anastasio in a release:

“In appointing Anthony, NJCJI’s board of directors recognized that he is possessed of not only the requisite qualifications, but, also, the right qualities to successfully lead the organization’s next chapter. The board looks forward to partnering with Anthony in his new role and invites you to join them in extending your congratulations to Anthony.”

Before joining NJCJI, Anastasio served as the director of legal and regulatory affairs for the New Jersey Coalition of Automotive Retailers. There, he advanced the interests of New Jersey’s franchised automotive retailers before all branches of state government. While at NJ CAR, Anastasio worked closely with NJCJI and Kass on multiple NJCJI initiatives.

Anastasio previously practiced law at Genova Burns LLC, representing clients in litigation, and also served as an assistant prosecutor in Hunterdon County. He received his B.A. from Rutgers and his J.D. from Rutgers Law School, Camden.