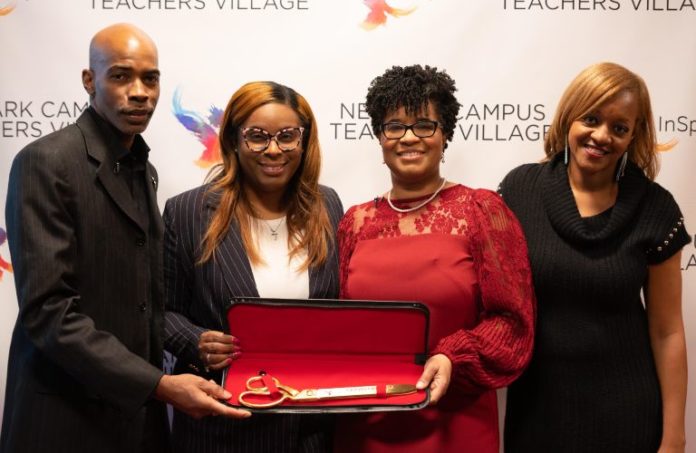 Liliana Pereda has been the owner of the Business City Deli II in Trenton for two decades. Creating new menu options and providing top-notch customer service always had been top priority. Worrying about the rent? Not so much.

The same goes for Stacey Welch, the owner of LiVay Sweet Shop, a confectionery store in Plainfield. And Kristine Smith, the owner of InSpira, a performing arts school in Newark and New Brunswick.

These three business owners represent more than just entrepreneurs struggling to survive the economic downturn caused by the COVID-19 pandemic, they illustrate the challenges business owners in underserved communities uniquely face. None of the three was able to get funding from larger government grant programs — and all were in danger of collapsing before they found the Small Business Lease Emergency Assistance Grant Program, sponsored by the New Jersey Redevelopment Authority.

NJRA CEO Leslie Anderson said the program was created to fill these gaps — and help pay for the things that literally can help keep the lights on and the doors open: utilities and rent.

“This year has been enormously challenging for New Jersey’s small business community,” Anderson said. “They have borne the brunt of the public health crisis and its economic fallout. Sadly, many small business owners have not only been affected professionally, but also personally.

“Recognizing the tremendous need, my team and I decided to step outside of our traditional scope of work to create the Small Business Lease Emergency Assistance Grant Program. Our goal was simply to create an effective and accessible program that met the needs, constraints and challenges of small businesses.”

The program, which gave out nearly $8.5 million in grants to 965 companies, is now closed. But it proved to be very beneficial to entrepreneurs such as Smith.

Smith, who opened InSpira in New Brunswick since 2002, opened a second location in Newark in January — just before the pandemic hit. She said the $10,000 grant she received enabled her to keep both schools open.

“I was terrified I wouldn’t be able to maintain operations,” she said. “I had to totally pivot my entire business to an all-virtual platform from March until July. However, I was blessed when I learned about New Jersey Redevelopment Authority’s grant, since it would help me hold on to the locations. I was able to reopen in September at 25% capacity and this grant is allowing me to continue to meet my rent obligations.”

“This grant has been a lifeline for my business,” she said. “The core of my business is celebration and togetherness, and, because people are not having as many large events, our business has certainly been negatively impacted. Orders were down.”

Welch said she applied for other grants, but said she was unsuccessful in obtaining an award. She feared she would have to shut down. She received just under $9,000.

“Rent is my biggest expense, and having the cushion of the New Jersey Redevelopment Authority grant has been our saving grace as we continue to weather this pandemic,” she said.

Anderson and NJRA said these are just the types of businesses the organization is trying to help.

Of the applicants, 90% were minority, 55% were women and 3% were veterans. Even more, Anderson said 70% of applicants had not received any other public-sector funding.

“We focused on the most impacted communities and business,” Anderson said. “And, while we recognize that more help is needed, we are immensely grateful to have been able to assist those highlighted here and so many others. We will continue to provide as many resources and as much support as we can.”

Caesar Pereda is grateful. He said the $10,000 grant his mother received was the difference between staying open or closing.

“A lot of our customers are state workers,” he said. “When the shutdown occurred, we were concerned about how we would survive.”

Trying times had many searching for options.

“My mother is a hard worker,” he said. “She’s never been a big fan of collecting unemployment or anything like that. But, since COVID-19 has affected so many small businesses, she had to do what she had to do. We were fortunate to have the support of New Jersey Redevelopment Authority’s grant and the continued loyalty of our customers.

“The grant has been a big help with the things a business owner doesn’t usually have to think about like utilities and rent.”

The key was to get more funding to more businesses, Welch said.

Smith said the benefit of the program goes beyond the business owners.

“When I speak to my students, they tell me InSpira is their home away from home,” she said. “It would be a tragedy for them and for their communities to lose that. If I did not receive this grant, I don’t know if I’d be able to stay open.”

Why EY’s Entrepreneurs Access Network could have real impact on Black,...

EDA to partner with Philly Fed in effort to help minority...