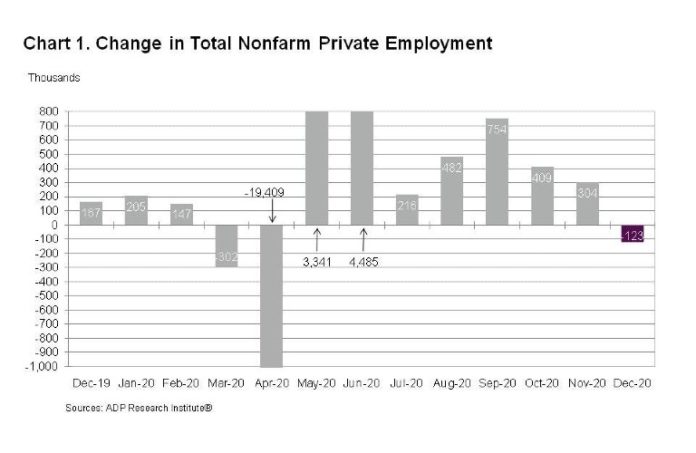 The U.S. economy saw employment shrink in December, ending the year with the first losing month since April, according to ADP’s latest National Employment Report.

The Roseland-based human resources and payroll company said in its monthly report that private-sector employment fell by 123,000 jobs for the month, the first negative result in eight months.

Overall, large companies with more than 500 employees were the big decliners, with 147,000 positions lost for the month. Small businesses of less than 50 employees also finished in the red, with 13,000 jobs lost. Medium-sized businesses of 50-499 employees added 37,000 jobs.

“As the impact of the pandemic on the labor market intensifies, December posted the first decline since April 2020,” Ahu Yildirmaz, vice president and co-head of the ADP Research Institute, said in a prepared statement.

“The job losses were primarily concentrated in retail and leisure and hospitality,” Yildirmaz said.