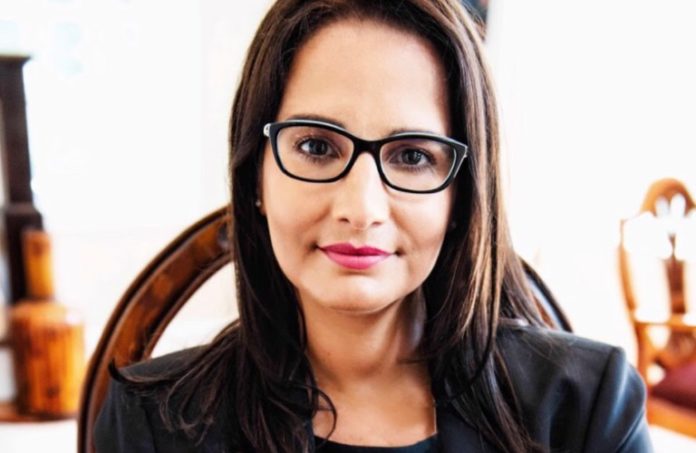 Connie Sanchez was named the new president of Latinas United for Political Empowerment, a nonprofit and nonpartisan organization dedicated to educating, empowering and engaging Latinas to promote leadership and civic engagement in New Jersey.

“Becoming the next president of LUPE Fund is an honor, and following the long line of accomplished and professional women that have come before me is a privilege,” Sanchez said. “Little did I know in 2003 that a simple lunch with one of LUPE’s founders, Gloria Soto, would culminate in this moment. I appreciate the trust that has been placed in me and the very generous expressions of support and confidence from everyone that has reached out.

“I will continue to work towards LUPE’s mission because I know that, through education, empowerment and engagement, we can promote scholarship, leadership and civic engagement. Building on these fundamental goals set forth by my predecessors will be done through collaboration with the talented board that was elected, as well as like-minded organizations, that understand success comes from diverse opinions and experiences. I am excited to serve LUPE and all my sisters in the great state of New Jersey.”

The newly formed LUPE board of advisors includes: Past Presidents Peggy Anastos and Martha Bahamon, as well as Grizel Ubarry, a longtime member of LUPE.

LUPE’s directors volunteer their time and areas of expertise to ensure the success of the organization and are deeply passionate about LUPE’s commitment to serving as the pipeline for the next generation of women leaders.

Some of LUPE Fund’s prominent programs include: the LUPE Fund Young Latina Leadership Scholarship, which, since 2011, has worked to help young women in order to promote educational equity and provide students the opportunity to pursue a higher education across New Jersey; Eleccion Latina — a bipartisan campaign training program in partnership with the Rutgers Center for American Women and Politics; and the annual Power of Women awards to honor powerful community leaders whose unwavering support, commitment and civic involvement have contributed to creating greater opportunities for Latinas in New Jersey.