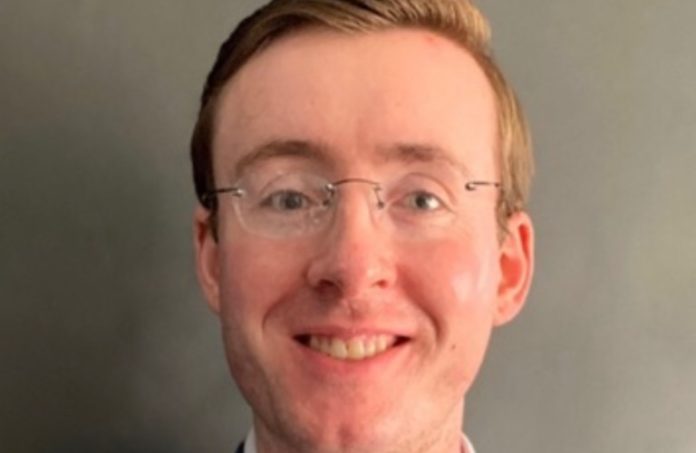 You might not want to put your money where your mouth is — there are more germs on a dollar bill than a household toilet seat, the Southern Medical Journal reported about two decades ago.

In this regard, digital currencies win out over paper money and credit cards. But, it’s far from the only reason digital assets such as Bitcoin are closing out one of their biggest years in history.

In 2020, investors found much more compelling arguments for washing their hands of some of the skepticism they once had for these digital assets, according to cryptocurrency expert Sean Stein Smith.

The assistant professor at New York’s Lehman College said cryptocurrencies absorbed a lot of interest from mainstream investors last year. That was in spite of pandemic-related news eclipsing most of the buzz about it, unlike the “cryptomania” headlines of 2017.

Guillermo Artiles puts it this way, although perhaps not so bluntly: New York had its chance to foster digital asset and blockchain companies. It blew it.

He doesn’t want New Jersey to do the same.

The partner and chair of the government affairs department at McCarter & English explained that New York in 2015 introduced a regulatory reform referred to as the BitLicense. The costly registration process for digital asset businesses was too much to bear for small and midsized companies, leading to many moving their base to New Jersey’s Hudson County.

“Really, the regulation, some would say, allowed the biggest financial institutions to crowd out small companies from this nascent industry,” Artiles said. “New Jersey was in a unique position to be accommodating to them because there was no regulatory environment.”

But, as a reaction to concern about bitcoin-dispensing ATMs, legislation has been introduced in New Jersey that would largely replicate New York’s license model. The Digital Asset and Blockchain Technology Act, which was introduced in the state Senate in November, does, however, incorporate some feedback by the state’s existing digital asset community, Artiles said.

“And what this does do is help debunk some of the misconceptions out there, that there’s a bunch of crooks in basements running this industry,” he said. “It’s just the farthest thing from the truth. It’s all former financial professionals that see this as the next way that we’ll all transmit currency.”

Cryptocurrency and blockchain technology firms would, unsurprisingly, probably prefer not to be regulated at all, Artiles said. But there is some inevitability to it — and a feeling that New Jersey will continue to want to welcome this business.

“I think with the innovation economy, given that’s the buzz in New Jersey business for this administration, you’d be hard pressed to find something more innovative in terms of technology and where we’re going as a society,” Artiles said. “We can be real leaders as a state in this space, if we do this right.”

Smith, a Jerseyan who serves as chairperson for the New Jersey Society of Certified Public Accountants’ Emerging Technologies Interest Group, credits the renewed interest from Wall Street and companies such as payments giant PayPal deciding to offer Bitcoin and cryptocurrency support.

“It didn’t hurt that, during the fourth quarter of last year, the price of Bitcoin went on a tear,” Smith said. “That led to a lot of questions and conversations in the back half of 2020, from people who had pushed (a digital asset such as Bitcoin) off to the back burner for years. Now, it’s becoming part of a lot of conversations about asset allocation and financial planning.”

Bitcoin is infamous for its volatile trading history. Despite that, JPMorgan Chase & Co. has reported that it has the potential to reach a price of $146,000 in the long run, as a competitor with gold as an asset class.

Even if Smith said, anecdotally, he’s fielding more inquiries than ever about cryptocurrency investing now, he admits the past year of news about these digital assets didn’t help wash away all the hesitancy people have about it.

XRP, which was at one point the third-most-valuable digital currency, was recently made the subject of a Securities and Exchange Commission lawsuit. The agency believes XRP’s original creator, Ripple, should have treated what Ripple believes is a security like a stock, instead of a currency.

The SEC has previously ruled that the cryptocurrencies ahead of XRP in value, Bitcoin and Ethereum, are not securities due to the fact that they operate on a decentralized, blockchain-based network.

Without knowing exactly how cryptocurrencies will be handled by regulators in the future, Smith said they should be treated with the same careful approach as any other financial instrument. There’s always going to be some risk, in other words.

Still, if you’re asking him for clues about what something like Bitcoin might do in the next year, he’s bullish. He expects the price will retain its current high prices throughout 2021, regardless of how long the pandemic will have a continued impact on consumers and businesses.

“While Bitcoin doesn’t exist in a vacuum — and, hopefully, as we have vaccines and treatments that will impact market sentiment positively — I don’t think it’ll have as large an impact on asset prices as it would for other equity names out there,” he said. “Although there are macroeconomic factors out there that will affect any financial asset, there are positive tailwinds heading into 2021.”