Home Industry Energy & Utilities Soak up the sun: Solar energy companies think this could be a...
Facebook
Twitter
Linkedin 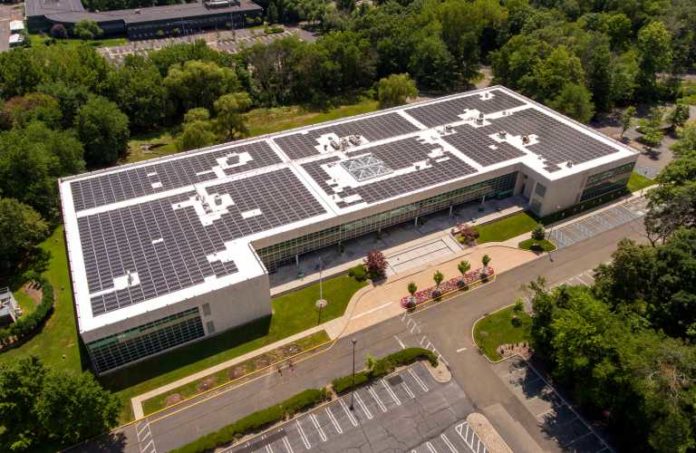 It’s not just businesses embracing the “new you” that the image of a renewable energy-friendly company can offer.

Thomas Loredo personally embraces it, too … partly because it means he doesn’t beat a scared-for-your-life retreat as often.

The 40-year veteran of commercial construction and renewable energy industries explains that there was a time many years ago when solar energy salesmen who had to go out and solicit business (like he did) didn’t get a very warm reception.

“I remember going to one business park and asking, ‘Is the building owner in? I’d like to talk about solar energy,’” he said. “The guy came running out of the back with a conduit (tube) about 3 feet long, swinging it like a bat, saying, ‘Get the hell out of my building,’ and he chased me out.”

There’s also more ways than ever to do it, he adds. Here are the main three options:

Loredo’s own company, a division of real estate investment firm Nessel Development, has yet another option: Let the company lease your unused rooftop space for its own on-site solar energy production.

Loredo realizes real estate owners are inundated with offers today relating to renewable energy, although hopefully there’s not enough ire about that to provoke physical violence. He’s hoping his own pitch stands out.

“I’m guaranteeing you lease revenue — net operating income that’s going to your bottom line,” he said. “Something like a PPA is what I’ll call speculative savings. By that, I mean all the savings is modeled on computers, based on the direction of the solar array, the system you’re using and other factors that can allow it to overperform or underperform.”

With the threat of vacancies and rent price fluctuations commercial real estate owners faced during the spread of COVID-19, Loredo believes there’s a strong case to be made for his company’s more guaranteed lease payment program over some of the competing solar options.

His company is also the largest developer and owner of the program’s current projects, which allow both businesses and residents to receive energy from a solar array many miles away. Keegan said at least 3,000 people have signed up to participate in the first wave of projects.

For a number of reasons, including the continuation of the second year of that program, Keegan is feeling bullish about renewable energy in 2021. Gov. Phil Murphy has made it clear how much of a priority renewable energy is, and a changeover in the White House doesn’t hurt, either.

“On the federal level, we’ve relied on a tax credit that has been stepping down in value every year,” he said. “Certainly, talks of extending that tax credit or other incentives would support us, even if we’re more focused on policy on the local level.”

Not too long ago, the solar energy market was cloudy in New Jersey — as federal incentives slowed, and as the fate of a successor to the state’s legacy Solar Renewable Energy Certificate program, which initially drove the growth of the industry in New Jersey, was uncertain.

With a new year on the horizon, Keegan said there’s new excitement about this industry.

“We’re really excited about promoting and growing this industry locally,” he said. “We’ll also be watching as the incentive market develops and taking part in helping shape policy to both keep the right costs for ratepayers and cleaning up the state’s energy mix.”

PSE&G gets approval to build out EV charging stations in N.J.