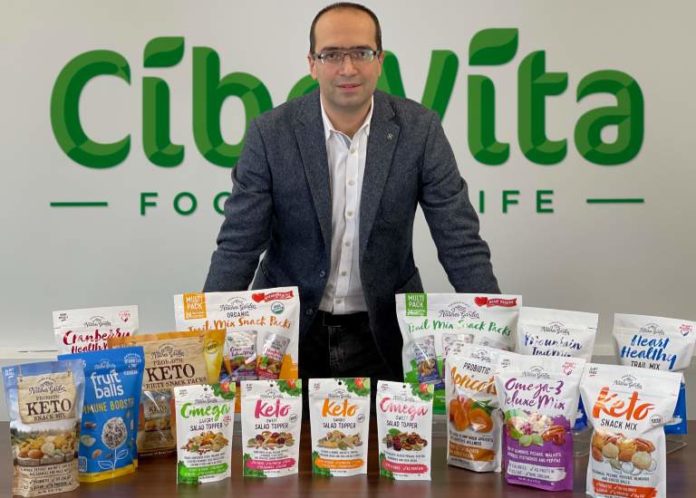 To most children in public schools, the cafeteria’s offerings of freezer-burned French fries and stale pizza, somehow less fresh than the accompanying Hostess CupCake, wouldn’t serve as a source of inspiration.

But Emre Imamoglu was being dished up all the spark of creativity he needed.

Food was one of the biggest culture shocks Imamoglu faced after his early immigration to the United States from Turkey, where he grew up with more vegetable and healthy fat-oriented Mediterranean fare. When he saw that macaroni and cheese was the local delicacy, his young mind was already noting missed opportunities.

Years later, he would go on to lead a global company that maintains a top position in the healthy snack segment — at a time when healthy eating is all the rage. Especially during a global health crisis, people are vowing to make better decisions about what they’re putting into their body, Imamoglu said.

And that goes for school-age eaters, too.

“I have a son who is 9 years old and, it’s interesting, he looks at the sugar level of the apple juice he’s drinking,” he said. “Obviously, we have a very different generation coming up.”

Imamoglu started his business, Cibo Vita, which translates to “food for life,” with co-founder Ahmet Celik, who also moved to the U.S. from Turkey. They sold just one product, a nut mix marketed as heart-healthy, in the New York metropolitan area.

“We started in my basement — not even the garage, the basement,” he said. “We were a small direct-to-store delivery service, using our own cars. … Things went our way. Now, we’re currently operating out of a 300,000-square-foot facility with well over 500 employees.”

Based in Totowa, Cibo Vita now has more than 1,000 different stock keeping units. It mostly sells dried fruit — sourced directly from Turkish farmers — and nut products, both in specialty stores as well as big-box grocers such as Walmart and Costco.

Advertised as organic and all-natural, more than 300 of Cibo Vita’s products are sold under its Nature’s Garden brand. A significant number of the products are marketed to customers that follow the low-carb, high-fat “keto” diet.

“But we just don’t want to be known as only a nuts and dried foods supplier,” Imamoglu said. “So, the past couple years, we’ve invested a lot into innovation and research and development to do more.”

Throughout the year, the company added about 100 more products to its catalog, including probiotic and vitamin-heavy health mixes. The company also grew its revenue by 30% during the pandemic.

According to an annual survey done by the nonprofit International Food Information Council, more than 8 in 10 of the country’s consumers have altered their food habits as a result of the spread of the novel coronavirus, with about a quarter of people saying they’re eating more healthily. Many are also snacking more, according to that survey.

None of these trends are doing anything to take a bite out of the local food company’s profits.

“If you look at the COVID-19 situation — unfortunately, I have to say — it actually did help us,” Imamoglu said. “Consumers are even more educated and more health-oriented when it comes to food now.”

With the new year comes fresh prospects for health-minded entrepreneurs.

Imamoglu said consumers, who had already put an increasing focus on healthfulness in the years since his initial encounter with cafeteria cheeseburgers, are adopting new food habits that will outlast this pandemic.

“With vaccinations and everything, people are not suddenly going to go back to eating unhealthy,” he said. “They’ll continue to follow the same trend with a new understanding of where they stand.”