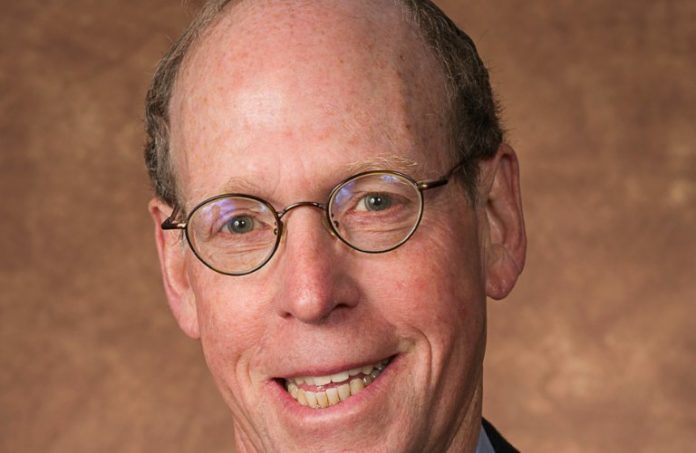 For Ray Solomon, dean emeritus of Rutgers Law School – Camden, the honor that comes with having a $3.5 million gift made in his name is second only to the good the award will do for so many who enter the school with an eye on public service.

The school announced Monday that a donor who wishes to remain anonymous made the gift to create the Rayman L. Solomon Scholars program, which aims to attract students to Rutgers Law School in Camden who have distinguished themselves academically and demonstrated a commitment to public service.

Those selected will get an annual $10,000 stipend above any other scholarship support or financial assistance that the student might receive. Rutgers-Camden officials said the awards will be made based on merit. And, while the student’s hometown is not considered, the school said it attracts many of its top students from within the state.

The goal is to create an elite cohort of academically talented, accomplished and public service-oriented students who will become an outstanding group of alumni with the skills and training to positively impact their local communities, the country and the world, Rutgers-Camden officials said. And, in addition to receiving annual student financial support, Solomon Scholars will be eligible for summer stipends to support public service work — and will be able to participate in special programming, including working with mentors throughout their law school experience.

Solomon, who served as dean of the law school from 1998-2014 and as provost of Rutgers University – Camden from 2014-2015, remains on the Rutgers faculty as a university professor of law. He told ROI-NJ he was humbled by the honor.

“One works hard during one’s career to try to strengthen an institution, and to see that recognized is very humbling and makes me thrilled,” he said. “What gives me most pleasure is what this gift advances.

“It’s directed to help to students, which is something that always has been important to me. And it benefits the academic environment, as getting students who are passionate about public service and are academically highly qualified improves the academic life of the law school.”

“The vision set forth by our donor will allow Rutgers to continue to prepare the very best students from New Jersey, the nation and the world to become the leaders that we need to guide the future,” she said. “As this country seeks to heal after a painful and divisive year, our legal system remains central to safeguarding the rights of every American and maintaining our democracy.”

Solomon said recent events have only shined a light on what always is true: There is a great need for public servants.

“At any point in our history, the need is timely,” he said. “Now is a time when gestures such as this, which emphasize the role of lawyers, the role of the profession and the need for advancing public service in many different forms and in many different varieties, is needed and is welcomed. That we can be a part of that is thrilling.”

The initial $3.5 million gift will fund 350 annual stipends. The school is hoping donations will enable it to expand the program more. It notes an additional $50,000 gift from the donor in March 2020 enabled the first three Solomon Scholars to start at Rutgers Law School in Camden this academic year.

And, while the gift is centered in Camden, Solomon said he knows its influence will be felt throughout the South Jersey region.

“The entire campus always has been an anchor for South Jersey,” he said. “The region is vital to us.”

“Rutgers is a real engine of social transformation, and I am pleased to be able to help accelerate that important work,” the donor said. “Many of our students are first-generation college students who graduate to become leaders of government, business, the judiciary — in short, every aspect of our nation’s life.

“I want to give back to the place that has been the center of my professional life and that has introduced me to colleagues and students who have become close, lifelong friends. As the State University of New Jersey, Rutgers serves the public good. It’s at the core of our mission. As dean, Ray Solomon embraced the significance of that mission. Under his leadership, the law school in Camden recruited a world-class faculty, heightened its national stature and reinvigorated its commitment to social justice. He is a man of compassion and integrity, and I am proud that the Solomon Scholars program will build upon that legacy.”

Solomon was nearly at a loss for words.

“I am deeply honored by this incredible demonstration of selfless generosity made in my name by a valued friend and colleague,” he said. “While I may have been surprised that it was done in my name, I was not at all surprised by the donor’s commitment to helping our students, to strengthening the academic community at Rutgers Law School, and to furthering the goal of training graduates who are dedicated to improving the lives of every American. I am confident that this program will succeed in fulfilling this ambitious vision.”