Home Diversity & Inclusion Planning office of the future? Here’s why you better include women in...
Facebook
Twitter
Linkedin 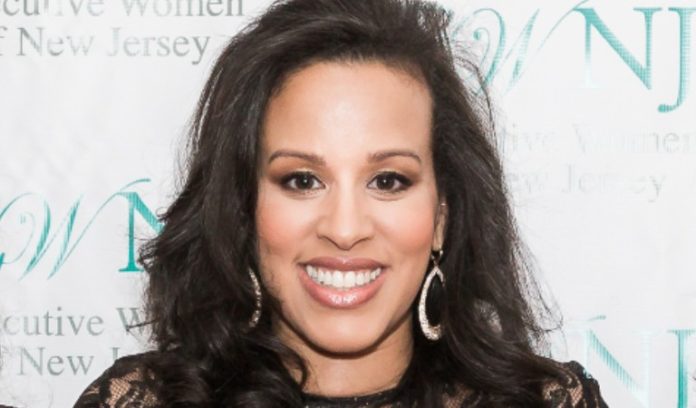 Anna Maria Tejada said nearly all companies and corporations have learned a universal truth during the COVID-19 pandemic: Their workforce can be productive working from home.

Tejada, the new president of the Executive Women of New Jersey, said she’s hopeful they will understand something else when they begin making their hybrid reopening plans, too: Bring women into the conversation when it comes to the office of the future.

It’s well documented that a female employee faces different challenges when working from home. If companies want to retain their talent, they need to account for this reality.

“We have to advocate for corporations to understand what that impact is — and talk about what they can do to address it,” she said. “There’s a number of issues that impact women in the workplace, just generally. And some of the things are very salient right now. It’s extremely difficult to be a full-time professional and be a full-time stay-at-home mom. That is what we’re dealing with now. Those two worlds are colliding in a way. Some women are able to make it work. Some women are having some difficulty doing that.”

Companies can neglect this at their own peril. But understand, Tejada said, this impacts more than just your female employees.

“I think a lot of corporations are rethinking their strategies as they deal with not only women, but with men, because some men do deal with these issues, as well,” she said. “But the reality is, it’s impacting women the most. And, so, what are corporations doing to be making decisions to positively impact women who are going through this crisis as we’re speaking? What are corporations and companies doing to facilitate that transition — which none of us planned for?

“I think what makes it easiest to manage is the culture and the environment that the employer creates. That needs to be stressed.”

Tejada, a partner and employment lawyer who works out of the Newark office of Saul Ewing Arnstein & Lehr, talked about a number of issues involving her new role as head of EWNJ. Here’s a portion of the conversation, edited for space and clarity.

ROI-NJ: Let’s start with the new role. EWNJ is one of the most important and most dynamic organizations for women in the state. How are you approaching the role?

Anna Maria Tejada: It’s a privilege for me to head up the Executive Women of New Jersey. There are so many past presidents that have impacted the organization and have impacted a conversation about women in the workplace, especially in corporate positions. My goal is to continue on the mission of the organization, which is to continue to talk about the impact and the importance of diversity, equity and inclusion — and the need to be very intentional about it.

AMT: Our work is going to continue focusing on the intentionality of the decision-making of executives and corporate leaders — and making sure that we continue to promote women in those spaces. So, we’re going to continue focusing on our data reporting. We issue our Seat at the Table report, detailing board membership for females. We’re going to be issuing something similar this year, focusing on the diversity of women in corporate boards, and what corporations can do to move the needle on that.

I would also like to increase membership, not only individually, but corporate — and to increase the pipeline of the organization.

ROI: It’s been a tough year for women in the workplace. Are there any positives we can take from it?

AMT: Corporate America always has had this discussion about whether or not you can work from home — and what it would mean for a corporation. And we all know now that people can be effective working from home. So, obviously, there’s this new dynamic that is now making us refocus on what that means and the impact that it has. So, I think that, while there’s some negative aspects of what’s happening now, some of those things can be taken in a positive spin to help women in the workplace. But only if leaders are willing to listen.

AMT: One of the key things that has to be mentioned is the pandemic has made it impossible for some people to be available 9 to 5. You have to be flexible as a business or as a corporation. It’s the reason why we are losing so many women, especially women of color.

ROI: Which comes back to the beginning of our conversation: Getting a complete understanding of the issue.

AMT: Companies need to know the reason that they’re losing some women in the workplace is because they’re not including them in the decision-making that really impacts women. If a corporation or a business is making an extremely important decision, and they’re not including women in the conversation, that’s a problem. We need to have real conversations about what it means to really include women in all aspects of decision-making at the corporate level.