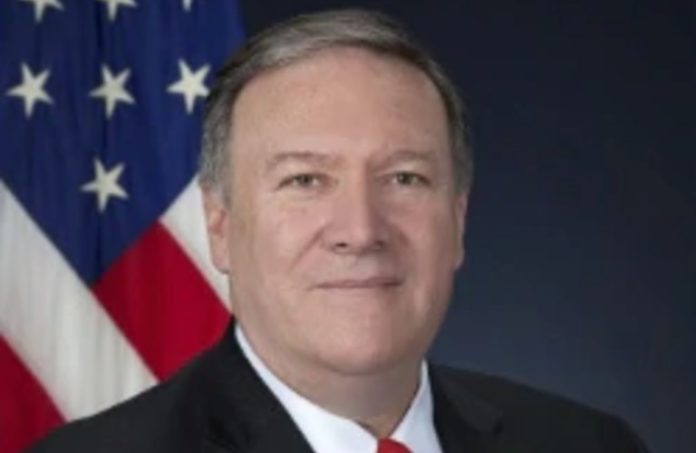 But, when it comes to the State Department and foreign service, Murphy’s words carry a little more weight as the former ambassador to Germany (2009-2013).

On Wednesday, Murphy used a part of his COVID-19 briefing to speak up for Bill Burns, the new CIA director designee, and speak ill of current Secretary of State Mike Pompeo.

“It’s not because he’s not smart. He graduated No. 1 in his class at the United States Military Academy, and I take my hat off to him for his going there and his service in uniform to our nation. But he’s literally been an awful secretary of state. The morale of the building is at an all-time low.”

Murphy said Pompeo is going out on a low note.

“He’s making decisions as he’s going out the door which they know full well will tie the hands of the incoming Biden administration,” he said. “Despicable.”

Murphy had kinder words for Burns, who served as his boss when Murphy was ambassador.

“He was the so-called ‘P,’ which is the political director of the State Department. And he was deputy secretary of state during my time. (He’s) just an extraordinary human being and a great professional. Works both sides of the aisle. He will, I’m sure, among other things, completely depoliticize the intelligence community. And, so, hat’s off to Bill.”

Burns, who had retired from foreign service in 2014, has previously served as the U.S. ambassador to Russia and Jordan, among other roles.

“I say to my brothers and sisters in the foreign service, who are among the greatest professionals I’ve ever had the honor of working with when I served as ambassador, help is on the way,” Murphy said. “Whether it’s Tony Blinken (the secretary of state designee), whether it’s Bill Burns and CIA, whether it’s President Joe Biden, Vice President Kamala Harris, the entire team, they deserve better, they will get better, our allies deserve better and our national interests deserve better.”

Murphy had strong words for President Donald Trump — spoken before Trump was impeached by the House of Representatives for a second time Wednesday night.

“(Let me) state, unequivocally, my support for the House of Representatives to vote in support of the articles of impeachment against President Trump,” he said. “His actions and words last week, which incited the insurrection and violence — and his lack of actions and words to stop it, or even to show any true sense of remorse — cannot stand as allowable or excusable.”

Is it time to reopen? No