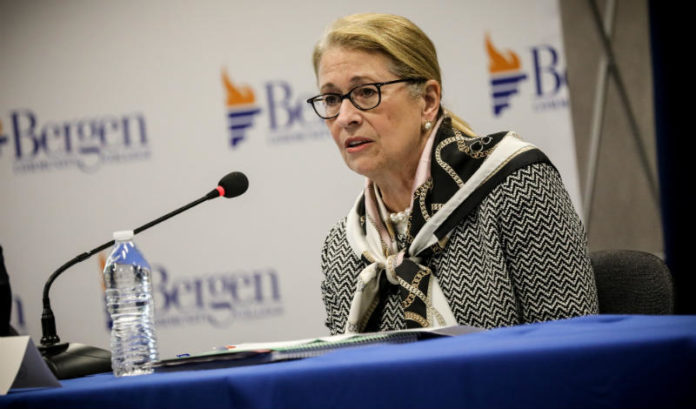 Health Commissioner Judith Persichilli said New Jersey is expected to get a little more than 100,000 doses of COVID-19 vaccine Tuesday — which is a far cry from what the state needs or can handle.

Persichilli, speaking at the state’s COVID-19 briefing, said the state could handle four times that amount.

The lack of available vaccine is what is slowing the rollout process, Gov. Phil Murphy said. Murphy said the state would be able to open more sites and vaccinate more people if more vaccines became available. And, while Murphy said he was confident President-elect Joe Biden will help on the issue, he cautioned it will not happen overnight.

Murphy said he still feels the state will vaccinate 4.6 million adults in six months — but notes that many of those vaccinations may come toward the end of the period.

“I believe strongly, based on all the information that we have from the incoming team, that this supply-demand at the federal level will be corrected,” he said. “I have no doubt about that.”

Murphy said projections so far do not include additional vaccinations that may be coming soon. (A Johnson & Johnson vaccine may be coming in February.) Murphy said residents must be patient.

“That’s not going to be next week,” he said.

Gov. Phil Murphy said the state has not received any direct threats of violence on Inauguration Day, Jan. 20, but said state officials have decided that all state employees should work from home on that day as a precaution.

“With all the tension in the country right now, we’ve made the call that work from home is the right call,” he said.

State Police Superintendent Col. Pat Callahan said the move is being done out of an abundance of caution.

“We just thought, to help us facilitate any security response measures, the fewer folks in and around Trenton, the better,” he said.

The positivity rate in the state was just under 10%, at 9.63%, Murphy reported. But the number he was most impressed by was the number of tests given: 70,055. That’s a new single-day record.

The rate of transmission was 1.11.

And there were 67 more confirmed fatalities, increasing the statewide total to 18,229 — with an additional 2,091 deaths listed as “probable.”

Persichilli on whether vaccinations will be mandatory for health care workers and employees in long-term care facilities:

“We’re not making it mandatory at this point in time. Whether a private employer decides to do that is a different matter, but, right now, we’re not.”

Making discoveries … and companies: How CDI can give big boost...