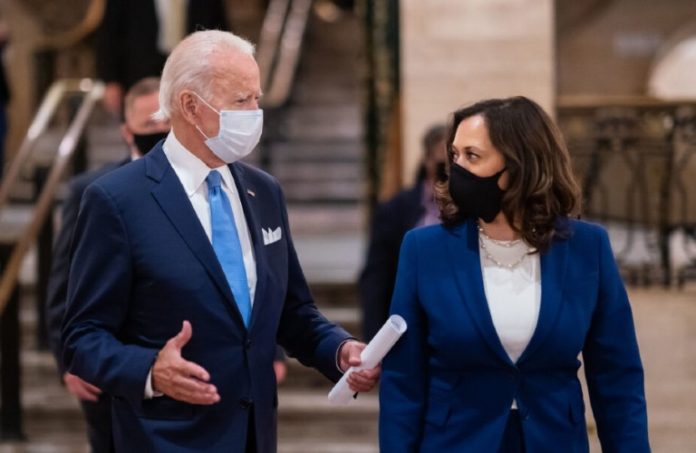 Additional $1,400 checks are coming to most New Jerseyans — and an extra $100 a week in supplemental insurance benefits is coming for the unemployed, who now will be able to draw benefits through the end of September. There will be an extension of the eviction and foreclosure moratorium — and the state of New Jersey will get a share of $350 billion in state and federal aid, too.

President-elect Joe Biden unveiled his American Rescue Plan on Thursday night, less than one week from his inauguration. The $1.9 trillion package promised a little bit of everything and will stimulate the economy while doing so. Biden said Moody’s has said it will create 18 million good-paying jobs.

It is the first of two economic plans Biden will unveil in his first 100 days — bold steps he said the country needs to take to recover from both the once-in-a-century health and economic crises.

“A crisis of deep human suffering is in plain sight. There’s no time to waste. We have to act; we have to act now. This is what economists are telling us. More importantly, it’s what the values we hold dear in our hearts as Americans are telling us.”

The plan was vague on many details and specifics, but Biden was absolute when talking about one issue: vaccinations. He called the current vaccination program “a dismal failure.”

“(On Friday), I will lay out our vaccination plan to correct course and meet our goal: 100 million shots at the end of my first 100 days as president,” he said. “This would be one of the most challenging operational efforts we’ve ever undertaken as a nation. We’ll have to move heaven and earth to get more people vaccinated, create more places for them to get vaccinated, to mobilize more medical teams to get shots in people’s arms, to increase vaccine supply and get it out the door as fast as possible.”

Biden said he will put $20 billion toward a national vaccine program in partnership with states.

Speeding up the vaccination process will allow for his next goal: Getting kids back in school. Biden said he wants to reopen the majority of the nation’s K-8 schools by the end of the first 100 days.

“We can do this if we give (schools districts and states) the clear guidance they need as well as the resources they need,” he said.

Biden preached unity, bipartisanship and a desire for the country to regain its place in the world. And he said the great cost of doing this will be cheaper than the cost of not doing it.

“President-elect Biden continues to show he understands that this moment calls us to bold leadership,” he said. “Getting ourselves in front of this pandemic — and staying there — cannot be done piecemeal and it cannot be done through austerity. It requires bold and equitable investment in our people, in our states and in our common future.

“This plan meets every need with a real lifeline to American families, real support for state and local governments and for our vaccination efforts, and a real vision for our post-pandemic economic future. I look forward to working alongside the president-elect in any way I can to see this plan swiftly passed and enacted. New Jersey will help lead our nation into the new day that beckons.

“I have said many times that history would not dismiss us for going big and bold, but that history would judge us if we fail to ensure that the many needs of our people and our states are adequately met. This is a moment unlike any in American history, and we cannot let it slip away unanswered. President-elect Biden is showing that he wants history to note that at this moment of national uncertainty we answered decisively, and we didn’t fail.”

Here’s a look at what Biden’s American Rescue Plan will bring:

The plan must be approved by Congress. But, now that the Democrats control both houses, that appears likely.

Biden said it matches the extraordinary need of the day.

“We must act now and act decisively,” he said.

Legislation to legalize recreational use of cannabis is finalized; here are...