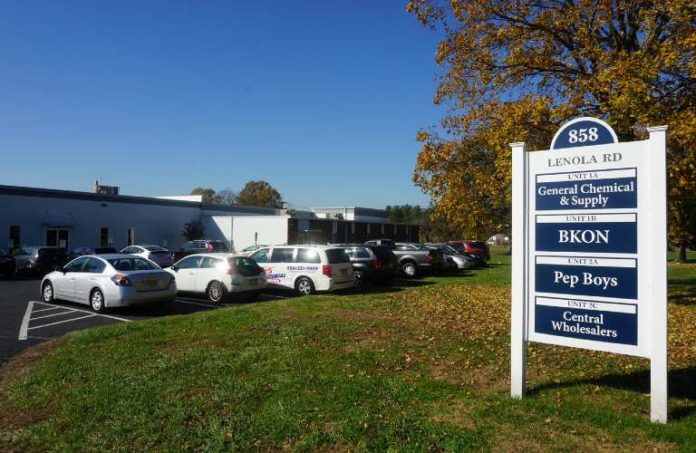 If you’re not familiar with Faropoint just yet, you likely will be soon. After all, it already is buying up properties in southern New Jersey in bunches.

There’s just one catch: The industrial real estate private equity firm does not go after the shiny new Class A parks that can’t be built and sold fast enough in the state. In fact, Investment Director Itay Ron said the firm sets its eyes on what he calls “vintage” properties, Class B facilities built anywhere from the 1960s on.

But, don’t be mistaken. Faropoint is coming into the Greater Philadelphia/South Jersey market in a big way.

Faropoint, which invested approximately $45 million in the state in just nine months in 2020 — including $29.4 million for the 304,000-square-foot Runnemede Corporate Park in December — is looking to double in the state and do far more in the region.

It’s a big spend for a REIT that only has been playing in the industrial space for five years. Ron, however, said it is part of the natural progression for the firm, which expects to have nearly $1 billion to spend nationally in 2021 when its latest fund, its 10th, closes in the coming weeks.

The firm already is one of the 50 largest industrial office holders in the country, owning and managing more than 12 million square feet, which came from more than $600 million in acquisitions.

ROI-NJ recently caught up with Ron to talk about the company and its plans for South (and North) Jersey.

ROI-NJ: Give us the background on Faropoint.

Itay Ron: We’re an industrial real estate private-equity firm, originally based out of Israel, but we’re very much an American company. The functions we have sitting back in Israel are mostly fundraising and back-office finance functions. The entire investing team lives and works all over the United States.

We started out in Memphis (Tennessee), but we now cover Memphis, Houston, Dallas, San Antonio, Cincinnati, Atlanta, Jacksonville (Florida) and Philadelphia. Me and another person work out of Philadelphia, covering the Greater Philadelphia/southern New Jersey market. And we have a team in northern Jersey, just outside of New York City.

We’re adding markets all the time.

ROI: Where do you get your financing?

IR: We work in a fund structure based on individual and institutional investors. We just finished deploying Fund No. 9, which came in at about $350 million in acquisition power. The next one is going to be more than double. Right now, it seems like a lot of pension funds and insurance companies out of Israel are showing great interest in industrial real estate.

So, it looks like the next fund might close anywhere between $800 million and $1 billion in acquisition power. We should know by the end of the month or the first week of February.

ROI: Give us a little more background on how you got into industrial?

IR: We’ve been In the U.S. for about 10 years. We started doing residential, and then we shifted to retail, before we found our home in industrial about five years ago. We started in Memphis and we just started building out our practice. We did very well. We sold a few projects for very favorable returns and we just climbed up the ladder.

ROI: Your niche is Class B industrial. Why is that?

IR: We started looking at the delta between Class A and new construction and Class B, and found that Class B is still trading very much below replacement costs in many parts of the country. So, if you were to build that building from scratch, it would cost you more than buying a Class B building. And demand is just growing. That’s why we target the Class B stuff. It’s typically cheaper than Class A and, in many cases, slightly less competitive because many of the bigger REITs and investment companies go for the shiny-glass, million-square-feet, Amazon-for-15-years places, where you can just deploy money and forget about it.

Our typical product is Class B, vintage — anywhere between 1965 and early 2000s. It is a bit more hands-on, a bit more management-intensive and requires a bit more love and care for the building just because it’s older product. But, we generated those capabilities, and the market has rewarded us so far.

IR: We do single and multitenant all across southern Jersey and we’re trying to creep up north toward Central Jersey and also southbound toward Wilmington, Delaware.

ROI: Talk about the appeal of southern New Jersey for you?

IR: New Jersey has a few plays going for it. One is the classic (Interstate) 95 corridor and businesses moving south, which makes a lot of sense. It’s why we have properties in Pureland (Logan Township) and Swedesboro. And, I think we’ll keep going southbound, and we’re not limiting ourselves with how far south we’re going to go. And there’s also a last-mile play into Philadelphia. So, we’re also picking up properties that are across the river from Philly.

ROI: You mention Jersey and Philly — but, you’re also active in other areas, as you said. How much of the next fund could be spent here?

IR: It is going to be spent across the markets, but there are a number of markets that we consider primary markets, which are Atlanta, Dallas and Greater Philadelphia. This is where we can deploy a relatively big portion of that money. In Philadelphia and southern New Jersey, if you’re aggressive, you can do $150 million. If you’re super-aggressive, you can do between $150 million and $200 million.

ROI: Money matters. But in this business, so do relationships. How were you able to build a rapport with brokers?

IR: In the beginning, before you’ve actually put money to work, the biggest challenge is getting people’s attention. There are dozens of buyers that these deals could be going to. At the end of the day, I think a big part of real estate is reputation; if you have a reputation as someone that stands by their word and you don’t waste people’s time, then, just from a word-of-mouth perspective, you start generating interest.

Then, there’s knowledge. You have to learn the market. We educated ourselves about pricing and land and trends and migration and labor supply and all that. We worked with a lot of brokers, and that helped. And it helped that there is something very centralized and national in the United States. And I can tell you that our entrance into this market was much softer of a landing than it would have been had we not worked elsewhere in this country.

We had warm leads from almost every broker we work with. All of the national firms, the CBREs, the JLLs, the Colliers, the NAIs of the world, because it’s a national network.

ROI: How about with investors? Had to be tough to be the new group there, too.

IR: The key with investors is to stick to your thesis and be data-driven. So, we provide data to support our decisions. Why do we enter a particular market? We have a procedure of what we look at. We pull historical data and look at Class A, Class B and, what’s the delta between the different types of product? We figure out what we think we can do in terms of deployment per year. We look at, how deep is the market? How liquid is it? How institutionalized is it? Are other REITs buying there or are they not?

At the end of the day, if you show an investor the data and the methodology of why a Memphis or Atlanta is the right place for last-mile e-commerce, and they are on board with you, showing someone that Philly works in a similar way is easier.

ROI: Last question: When are you coming to North Jersey/New York City?

IR: We have a team of people living and working out of northern Jersey right now. We just don’t have an office yet. We were under contract for a place when this whole thing (COVID-19) happened, so, we just decided to wait. But there will be an office probably in the next few months.