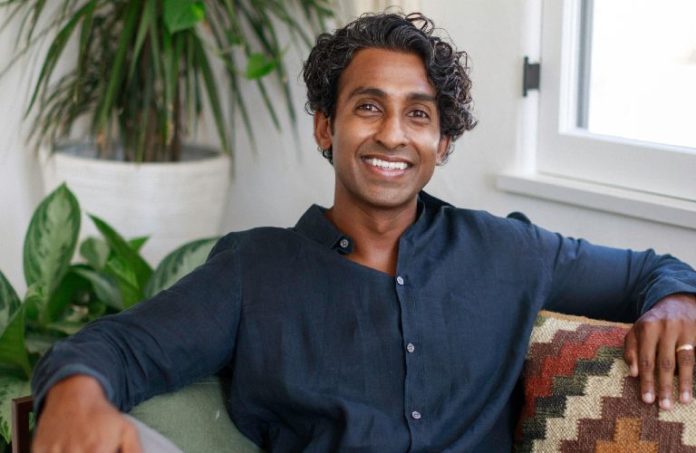 Nishant Reddy takes business calls from a 908 phone number. But the cannabis empire he’s been building over the past decade is squarely a California enterprise.

The entrepreneur had an upbringing in northern New Jersey before he ditched a Wall Street investment banking career to co-found a West Coast cultivation, manufacturing and retail cannabis business, Satya Capital. A big name in that cannabis market today, Reddy believes the company’s main brand, A Golden State, represents the highest-quality products in the country.

Now that the Garden State’s own cannabis market is blooming, he’s being called back home.

Reddy’s Satya Capital, which has a private equity arm that makes international cannabis investments, is pairing up with another California-based brand, MedMen, on a joint application to operate a medicinal marijuana dispensary in Newark.

He views the opportunity as a career touchstone.

“For me, knowing that my team has the skill-set, experience and track record to build these businesses and be best in class, as one of the few large-scale minority-owned commercial cannabis companies in the country, makes us a special operator — and I’d like to bring that to the state I grew up in.” he said.

Four crucial questions about cannabis in N.J. … and answers from our experts:

But, for Reddy, helping bring this Newark dispensary to life is a “passion project” based on a very personal connection.

“My mother was actually a pediatrician at (the University of Medicine and Dentistry of New Jersey) in Newark, and I interned there myself,” he said. “I want to see legalization and the success that we’ve had also bring change to the places that need it most — by bringing job creation, opportunity and empowerment.”

Reddy doesn’t pretend to be new blood in the cannabis industry. He’s making his return to his home state — or, at least, he’s hoping to, as he awaits the long-delayed decision-making on New Jersey’s most recent medical marijuana license applications — with the backing of businesses that are many years removed from being referred to as startups.

He argues that best serves the state’s primary goal: Having medical marijuana made more widely available.

“I love the idea of having a free market where many different people participate and have the opportunity to profit and better their lives,” he said. “But, at the end of the day, what’s paramount for the state is to build a cannabis industry that’s successful, one that’s able to sustain itself and operate and distribute the best quality cannabis available, ethically and safely. That’s what we can do.”

Creating a tax loophole for startups

New businesses generally don’t make a profit, but they generally do get a break during tax season due to their expenses. It’s as common a situation as any, accountant Melissa Dardani said.

Like anything in accounting, it gets complicated. But, in short, the 1980s tax law keeps any company engaged in illegal drug activities from taking advantage of deductions in a way that proves costly, Dardani said.

“But, what New Jersey can do is opt to separate itself from federal tax law, called ‘decoupling,’” she said. “If you do that, you’re saying, ‘We’re going to do it this way, even if the federal government does another way.’”

Dardani said past attempts to have Garden State leaders do that didn’t get a positive response. The fear was, she said, it would eat into the promised tax revenues of the burgeoning cannabis industry. So, she’s involved in pushing for a new approach.

“What we’re doing now is, in what will be a costly market to operate in, we’re separating out the startup businesses and New Jersey entrepreneurs who are really trying to get into this industry, meaning they don’t have a long history of operating in other states,” she said. “Let’s give them the advantage of this tax break.”

That idea is represented in Senate Bill 3240, which was introduced last month by Sen. Troy Singleton (D-Moorestown). It decouples state tax provisions from the federal rules on how cannabis businesses are taxed when those businesses have less than $15 million in annual revenues.

“At the end of the day, as we move forward, if we have a real influx of business coming to our state from other states, folks whose interests don’t necessarily lie in New Jersey, is that really the market we want to establish?” she said. “From the response I’ve seen, the answer is no. … So, we need to support companies that will stimulate the New Jersey economy in a long-term fashion.”

How the Valley Hospital is using AI to prevent heart attacks