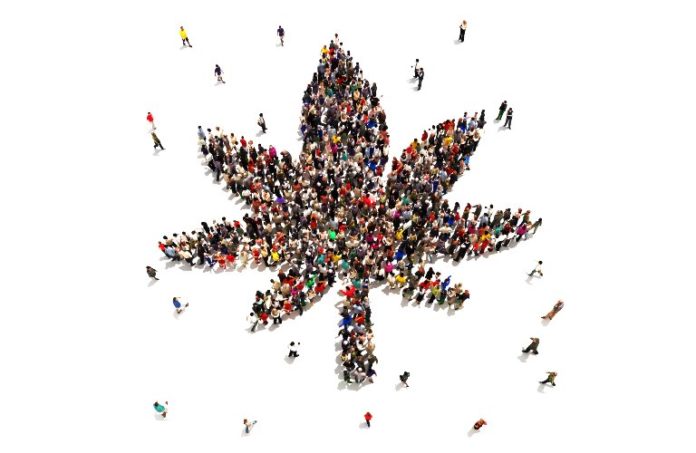 Time is money. But you don’t have to tell those trying to enter into New Jersey’s medical marijuana market that.

A would-be local startup such as Garden State Canna Collective put a year’s worth of work into applying to be one of the cannabis businesses given the green light in the state’s 2019 Request for Approval, or RFA, licensing process. The 2018 process was settled within four months of the application deadline. For the 2019 process, a year and a half later, there’s still no end in sight.

Jason Kabbes, CEO of Garden State Canna Collective, had to secure real estate, raise capital and look into recruiting employees to prepare an application that proved he could have a functional business — without actually having one yet. With no profit to call their own, groups such as the Garden State Canna Collective have poured capital into attorney fees and real estate agreements that allow them to hold or control properties that their still-hypothetical businesses would sit on.

The sheer magnitude of this particular group’s spend is somewhere south of $1 million dollars.

Hundreds of thousands of dollars (which increases as more time goes by, as the aforementioned aphorism would imply) for the chance, not at all the certainty, of doing business in the state?

It was a steal. … Or, at least, it was compared to what other groups applying for cannabis operations in Jersey City or Hoboken might have spent.

“We tend to try to operate in disenfranchised areas, so the real estate is a little cheaper there,” Kabbes said. “But, on an ongoing basis, we were paying to hold three pieces of real estate, and that spend was just under $12,000 per month.”

Cannabis entrepreneurs knew what they were signing up for … for the most part. In order to be awarded one of the New Jersey Department of Health‘s assorted medical marijuana licenses in 2019, the 196 applicants had to offer evidence that they were ready to hit the ground running with a business.

What no one — including the state agency — knew was how long they would have to be in that holding pattern, said Lee Vartan, an attorney at Chiesa Shahinian & Giantomasi P.C. who helped Garden State Canna Collective with its application.

“So, all these groups have borne a carrying cost that’s at this point probably approaching $200,000,” he said. “It’s a difficult process. I know the state is aware of that, but I don’t know if they appreciate just how large the potential barriers to market are.”

Vartan further explained that the 2019 RFA process allowed applicants to submit business plans in three separate regions of New Jersey: North, Central and South. If an applicant was selected to receive one of the medical marijuana licenses, it could be in only one region.

To increase their chance of success, the Garden State Canna Collective submitted an application for all three regions.

Four crucial questions about cannabis in N.J. … and answers from our experts:

“No different than many other groups that applied, (Garden State Canna Collective) are holding properties that, even if they win, they know they can never use,” he said. “So, for all the carrying cost that’s being spent on the three properties — two, by definition, will be not be used. This cost was never contemplated, by this group or anyone.”

The current holdup is the result of a court order that the department is forced to abide by. As a litigator himself, Vartan can appreciate that, despite his concerns that the costs associated with the pause will hamper laudable attempts to bring “new blood” into the cannabis industry.

The dispute centers around the state’s Health Department disqualifying certain applications submitted in 2019. In short, the applications weren’t readable by the department, allegedly due to technical glitches, and the affected applicants are waging a legal fight for the potential to have applications scored.

While that contest is ongoing, there’s no answer to whether an applicant such as Garden State Canna Collective will be able to use the real estate it selected in a place like Phillipsburg almost two years ago for a planned dispensary.

At this point, Kabbes, like other applicants, is asking how long they can afford to hold onto their properties.

Vartan suggested that it’s also some question as to whether applicants are even expected to maintain control over the properties during this process.

“I could see the state coming forward and saying: ‘We told you that you had to apply with a particular property. If you don’t have it, we’re moving onto the next highest score,’” he said. “But they might also say that, because this proceeded for longer than imagined, they’re not going to penalize you for not holding onto the property.”

Vartan added that would be its own form of penalization for applicants that plan on holding onto properties for as long as it takes.

Garden State Canna Collective is one of those. It’s no simple task to keep investors and other stakeholders engaged, but Kabbes said everyone (including himself) has been understanding about the fact that the process has been postponed by litigation — a common outcome in competitive processes like this one.

“By no means are we critical of the state and what they’re having to go through at this time,” Kabbes said. “These are the normal regulatory growing pains that a state-based agency can have when they’re creating a new economy out of thin air, essentially. There’s always going to be unforeseen items that pop up that both the state regulatory body and stakeholders have to deal with.”