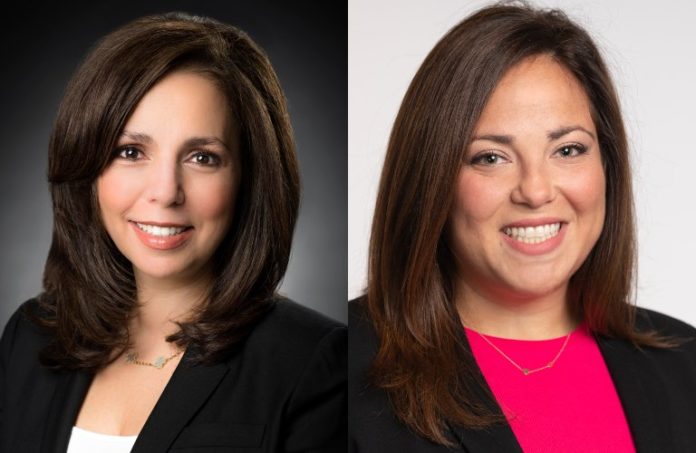 Relationship counselors and divorce lawyers proposed a common take to national media: The pandemic would put an expiration date on some New Jersey marriages; the bond between people would sour with the new work-from-home dictate.

Other New Jersey divorce and family law attorneys believed that wasn’t true. Instead of trying to start the involved (and, often, preferably private) divorce process during a time when everyone was asked to stay at home together, legal experts suggested people were more inclined to wait the pandemic out.

Closing in on a year later … patience is wearing more than a little thin.

Nicole Donoian-Pody, an attorney at the Marlton-based Charny Karpousis Altieri & Donoian P.A., said she’s definitely hearing from more locals at the onset of 2021 who are ready to put the turbulence of last year — as well as their marriage — in the past.

“What we’re encountering is a lot of people who may have been planning for a divorce early last year, but stopped it as the pandemic started,” she said. “Fall and winter rolled around, and, after quarantining for a longer period of time than they expected, people are stepping forward. They can’t keep waiting.”

While conflicting statistics paint a clear-as-mud picture of whether divorce rates are really rising during the pandemic, Donoian-Pody said she’s at least anecdotally finding that spouses can see the need to call it quits after going from working full-time jobs in offices to sitting side-by-side all day working from home.

Divorce and family law attorney Nicole Kobis said she’s experiencing an uptick of not just people calling for new divorce filings, but people in the midst of divorces or already separated individuals who are facing unique situations as COVID-19 continues to dominate everyday life.

Kobis, a partner at Lindabury, McCormick, Estabrook & Cooper P.C., did add that there’s still some hesitancy about making a significant life change during what’s hoped to be a temporary event.

“So, I think we’ll see even more of an uptick (in divorces) closer to spring and summer, when the vaccine becomes more widely distributed and people feel as if there’s an end to the pandemic in sight,” she said. “On the flip side, you’ve been having a hard time if you really don’t like your spouse. If you were contemplating being divorced and you’ve been stuck in the same house for upwards of nine or 10 months at this point, the discomfort you felt has been amplified.”

For now, divorce lawyers across the state are most busy with the new situations existing clients are finding themselves in. Donoian-Pody described a recent emergency her client was thrown into: The client lost a high-paying job in an industry torn down by the pandemic.

Such financial predicaments, not unheard of as the disruption of the pandemic sent employment figures into a tailspin, have family law attorneys reexamining the monetary support agreed upon in prior divorce arrangements.

“In New Jersey, you have to be out of work and be looking for a new position for a certain period of time to seek a reduction in child support and alimony,” Donoian-Pody said, adding that “courts are finding more of those applications happening” now than before.

However, courts are often reluctant to make permanent changes in the event of furloughs or other temporary situations, she further explained.

The judiciary component of a divorce attorney’s work has been made mostly digital during the pandemic. It’s convenient, but, in some cases, slower.

“There’s some instances where we have court orders that are supposed to come back taking months due to delays,” Donoian-Pody said. “That’s very difficult for clients waiting for a judge’s answer on an issue.”

A lot of issues aren’t being settled in court. Kobis said disagreements are regularly being decided by divorced couples themselves, mostly on the basis of what makes the most sense to everyone.

That said, there are still scenarios clients and their attorneys are trying to make sense of.

“What happens if one spouse is an ICU doctor who is regularly under risk of exposure in a way that could implicate the health of the other spouse and children?” Kobis said. “Or, if one parent is exposed, do the children stay with the exposed parent or immediately go back to the unexposed one?”

Then, there are also questions such as how free one divorced parent is to take their former spouse’s children on a vacation in the middle of a global pandemic.

“Most agreements provide that each party gets to travel with the children,” Kobis said. “But you might not be on the same page as the other parent about the safety of that.”

All these concerns might be heightened by situations in which a divorcee cares for an elderly parent or another medically compromised individual, or has a mixed household with children from a new relationship.

The past year, Kobis said, has been a constant dance for many clients.

“There’s no playbook for this,” she said. “It’s really challenging.”