Home Law Shot in the dark: Can employers mandate COVID vaccines? And should they?...
Facebook
Twitter
Linkedin 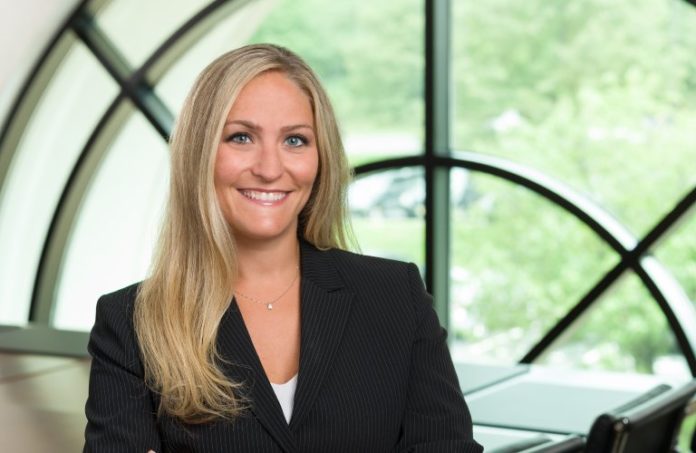 As employers collectively look at their options for winning workers back to workplaces later this year, there’s been some question about how that squares with the national vaccine rollout. Namely, can they ask their employees to get the vaccine before reentering offices?

What Melissa Salimbene and other local employment law attorneys can say is that, by early indications — with many caveats to contend with — it appears employers have the option to obligate employees to get the vaccine before returning to the workplace.

But, if you’re looking for straightforward tenets to abide by, turn back now.

There are few official rules and regulations to go on. What employment law experts do have is the fact that, last month, the country’s Equal Employment Opportunity Commission left the door open for employers to have a mandatory vaccination policy — provided there were exceptions made for those with disabilities or religious reasons for not receiving the vaccine.

“So, there’s a strong case that employers are able to ask employees if they’ve received the vaccine and for proof of it before they return to the workplace, if they’re making those accommodations,” said Salimbene, a leader of the Employment Law Group at Chiesa Shahinian & Giantomasi P.C.

An employer’s inquiry can only go so far, Salimbene was quick to add. They can’t ask for medical information that could be considered an impermissible question in employment law about the health conditions or disabilities of an employee.

That makes things complicated. Because an employer can ask for an employee to get a vaccine before returning to work if their presence poses a health risk to others, if the answer from an employee is “no,” employers might not be able to ask the obvious follow-up: “Why not?”

Salimbene also cautioned that, if the employer itself is handling the vaccinations, or if it’s having another organization do it on its behalf, the vaccine might have to be administered after prescreening questions that risk stepping outside those bounds.

Generally, that means it’s best that an employer consider the obligation for employees as a provable business necessity.

“For health care, travel, retail or other industries in which there’s a real and direct risk to employees or others, there’s a much stronger argument for that,” she said. “Other types of businesses, ones that can survive with employees working totally remotely, will have a harder time arguing that employees require vaccines to get back to work.”

The question of whether employers can mandate vaccines for their workers leaves out, of course, whether they feel like they should.

Mark Kluger, founding partner at Kluger Healey, a law firm with offices in Fairfield and Lincroft, said he’s finding that employers are very reluctant to force their employees to get the vaccine.

“Primarily, that’s because it’s new, and their employees are expressing a lot of reluctance,” he said. “They’re also afraid of liability. They’re very concerned that if they mandate it and employees have a negative medical reaction, they might somehow be liable for it.”

Whether that’s a valid concern is something attorneys don’t have a perfect answer for yet.

“Certainly, employers in that case would be the first line of attack for a person who had a negative reaction, and maybe their doctor as well for not recognizing contraindications,” he said.

Kluger said there is some precedent for employers mandating vaccines for employees. Hospitals and health care systems do it for influenza vaccinations every year, as an example.

There’s also another way of looking at whether employers should consider asking employees to get vaccines — Kluger calls it the public policy perspective.

“If we don’t get to herd immunity, the vaccine isn’t going to do us a lot of good,” he said. “And, how do we get there when so much of the population is reluctant? Because immunology experts are aligned on the fact that we need probably 80% of the population to get a vaccine. Legislation could be one way to mandate it, but it’s such a political hot potato that I’m not sure that will be the key. The source that might make the most practical sense is employer mandates.”

For the time being, employers are signaling they’d rather take a back seat to the vaccine’s phased rollout. But they often are curious about how far their encouragement can go.

Kluger and Salimbene both say they’ve gotten a lot of questions about whether employers can offer incentives to employees who receive the vaccine. Based on proposed regulations, attorneys are advising that awards should be nonmonetary and kept to a “de minimis” level, otherwise known as a gift minor enough to not require accounting.

More definitive answers about the legal issues involved in how employers are interacting with the (slower than expected) vaccine rollout will have to wait until more employees are within the population groups being offered the vaccine.

Employment law and litigation expert Brigette Eagan, a counsel in the Newark office of Genova Burns LLC, said employers are taking a wait-and-see approach. Partly, they’re hoping that the vaccine reluctance is less of an issue in several months than it’s considered to be right now.

“Employers might feel like New Jersey, as one of the first states beaten down by this, will have employees go voluntarily in a third or fourth local spike of cases, because we’ve seen the impact of this from the beginning,” she said. “Certainly, people are getting more comfortable with the idea of the vaccine.”

For employees who remain reluctant about receiving the vaccine, employers might have to continue with the precautions they’ve taken over the past year, including wearing masks in the workplace.

But, when even mask-wearing has become contentious, Eagan said there has been “reasonable accommodations” employers have made for employees there, too.

“What we’ve heard the most of is employees with asthma or other medical issues saying they can’t wear masks,” she said. “So, the question for those employers is whether there’s a way to accommodate that, and, generally, there is a way to handle it, such as face shields or scheduling employees where they won’t be in high-traffic areas.”

The state’s employers have been asked to strike a balance between ensuring they’re taking the right steps — and not overstepping.

When it comes to the vaccine rollout, the same will likely be true.

“The key for employers is to be flexible,” Salimbene said.