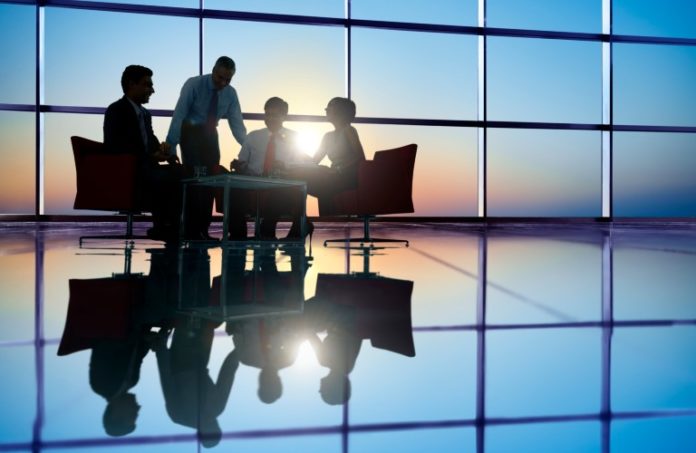 Bob McGowan has been around enough top law and consulting firms to know how they usually operate. And, he admits, it was a thought in the back of his mind when he accepted the role as the first-ever chief operating officer and chief financial officer at Chiesa Shahinian & Giantomasi last summer.

“One of the things you always have a concern about when you get to a firm that’s this stable is the ‘not invented here’ concept,” he said. “You hear, ‘We have been doing this for 40 years, you’ve been here 40 minutes, please stop giving me advice.’”

McGowan didn’t hear it at CSG.

It’s one of the reasons he immediately realized the West Orange-based firm was not only ready to accept but also thrive in a C-suite style of leadership — a structure that’s familiar to Am Law 100 firms across the country but not so common in New Jersey.

“What’s been very refreshing here is a willingness of others to say, ‘OK, well, we’ll look into that,’” he said. “There’s an overlay of practicality and an openness to new ideas here that is really unusual in firms. It speaks to — and it’s an overused term — a culture of collegiality.”

McGowan wasn’t the only one who experienced this.

Hany Moussa, who was brought in to be the chief information officer, and Dawn Afanador, who came in as the chief marketing officer, experienced similar reactions when they joined the firm last year.

When Schwartz and the rest of the executive committee decided to implement the C-suite style leadership team in 2019 — a decision that would mean bringing in key executives to the firm at a high level — he was confident they would be well received.

Schwartz also is confident the new C-suite team has what it takes to help CSG reach its next goal: becoming a regional powerhouse. The firm, which topped $80 million in revenue in 2020, feels it now has the structure in place to grow even more.

“Each one of these individuals not only has leadership skills, but also a strong grasp of business fundamentals,” Schwartz said. “They not only support me on strategy, but I also value their opinion in helping me make business decisions for the organization.”

Schwartz said the new C-suite group has both internal and external value to the organization.

Moussa, who started in June 2019, said he has seen that commitment from Day One — and every day thereafter.

“They wanted to get my perspective of how we’re going to deal with technology,” he said. “Coming from New York, my vision at the time was all about mobility. That’s the way the world is going and that’s where we need to go to be a 21st century law firm.”

Soon, every employee at the firm will be working with a laptop. All desktop computers have been removed.

“It gave everyone more freedom,” he said.

And there was no pushback.

Afanador had the same experience. She said she was stunned by how willing the employees were to add marketing to their game.

“I was shocked by the number of partners who came to see me,” she said. “I could have put a ticket machine outside my door, like the bakery does. It was a revolving door in and out of my office: partners, associates, counsel were all looking for advice, saying, ‘I want to do this, I want to market myself, I want to connect more effectively with clients, how do I do it?’

“I don’t think I have seen that with any law firm, or any other company I’ve worked with before. Marketing can be intimidating to people.”

Perzely just chuckles at the revelations of the newcomers. She has been with the firm since 1989 — and says this spirit of congeniality always has been there.

“The firm has always maintained a small-firm mentality,” she said. “And the small-firm mentality says you have to be able to work with others or you’re not going to survive. If you want a creative environment, you have to be nimble. So, as the firm has grown, it has never become a big giant battleship. The firm has always maintained its sense of, ‘I want to be that little sprinting boat that kicks in and out and can dodge the big wave.’ That’s the essence of what we have retained as the firm has continued to grow.”

Perzely recently earned the C-suite title. And, while she’s honored to have it, she said she’s never needed it.

“If you were to call most HR professionals out there in the universe, they would say, ‘I’m struggling to get a seat at the table,’” she said. “That has never been my experience in all my years at CSG, even when I was HR-whatever.”

“They are at the top of their professions, so it’s a recognition for why they are that person — and that they deserve that level of recognition in concert with peers at other places,” he said. “But, from an external perspective, they are dealing with other folks who have these titles, and it’s best that those vendors and others understand that they are the functional top of their area here.”

Perzely is a prime example. She has skills that other HR professionals may not have. Her background has made her an expert in the numbers, too.

“When Bob first came in, I think he might have been expecting an HR person that didn’t understand finance,” she said. “I get the numbers — you want metrics, you want to see return — I get that I can do the quantifiable math to get you there.”

Afanador said the skillset the C-suite brings helps in a number of ways.

“This means a lot to our clients, because we’re more efficient,” she said. “We’re able to service their needs from wherever we are. A lot of law firms didn’t make the transition to remote work as successfully as we did because they couldn’t handle the remote work environment. We were able to.”

Which was good for business and morale, Afanador said.

“Lawyers went to law school to practice law, not to be the head of the tech department or the HR staff,” she said. “They want to service their clients and they know they can turn to us to help support all the other pieces of the puzzle.”

This is the type of teamwork that Schwartz said the executive committee had in mind when they first talked about the C-suite setup.

“It came out of really talking it through with the executive committee,” he said. “We talked about what we wanted to do, what was the challenge, what we wanted each of these people to bring.”

It was an easy conversation, Schwartz said.

“I received Instant buy-in from the executive committee,” he said. “They were very supportive across the board. They saw it was all in concert with our strategic plan. We were not going to be the law firm that I think we can be — a powerhouse regional law firm, as opposed to strictly a New Jersey firm — without this level of talent and experience.”

Schwartz said the format is another thing that sets CSG apart.

“This concept of having a C-suite with talented folks who focused not only on administrative issues, but also on forward-thinking strategy and value-oriented approaches, I think is rather unique for New Jersey,” he said. “I can think of maybe one other firm that has gone down this route.

“Putting together a C-suite of folks who don’t just execute, but really contribute to the decision-making and the strategy is the next logical step in that continuum and ensuring that the firm has a long and bright future.”