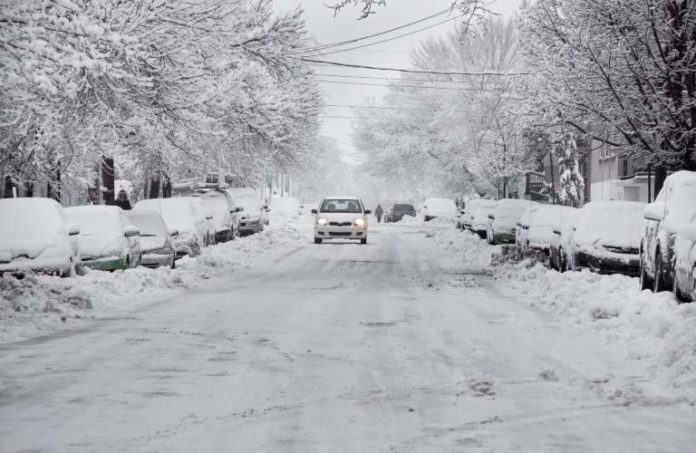 Saying the worst of the storm has yet to come, Gov. Phil Murphy told residents Monday afternoon to stay home.

“We are about to enter the worst of this storm,” he said in a tweet. “It is going to be very bad for the next 12 hours.

“With snow, high winds, sleet and freezing rain across the state, we urge all New Jerseyans to stay off the roads, stay home, stay safe and stay warm.”

Murphy extended the commercial vehicle travel restriction — essentially banning large trucks and any vehicle with a trailer on the state’s roadways. And for good reason. As of 10 a.m., the governor said the State Police already had responded to 343 accidents — and 295 calls from motorists seeking assistance.

Murphy, speaking at a media briefing earlier in the morning, was as stern as he could be.

The storm already has dumped as much as 10 inches of snow on some parts of the state and could produce as much as 24 inches in some areas.

“This is a big one and it’s going to be with us, we think, until tomorrow night,” Murphy said.

The worst, however, may be felt in areas that are getting a mixture of snow, sleet and rain. Freezing roads — and coastal flooding — are a big concern.

The number of people hospitalized because of COVID-19 continues to drop. The state now has 2,865 COVID patients, 531 of whom are in intensive care — 355 of those are on ventilators.

And, while 281 COVID patients were admitted, 286 were discharged.

The state also confirmed 34 new COVID-19 fatalities, increasing that total to 19,384 — though an additional 2,129 fatalities are believed to have been caused by COVID.